A foray into the mid-level market is paying dividends for luxury homebuilder Brian Burke Homes. 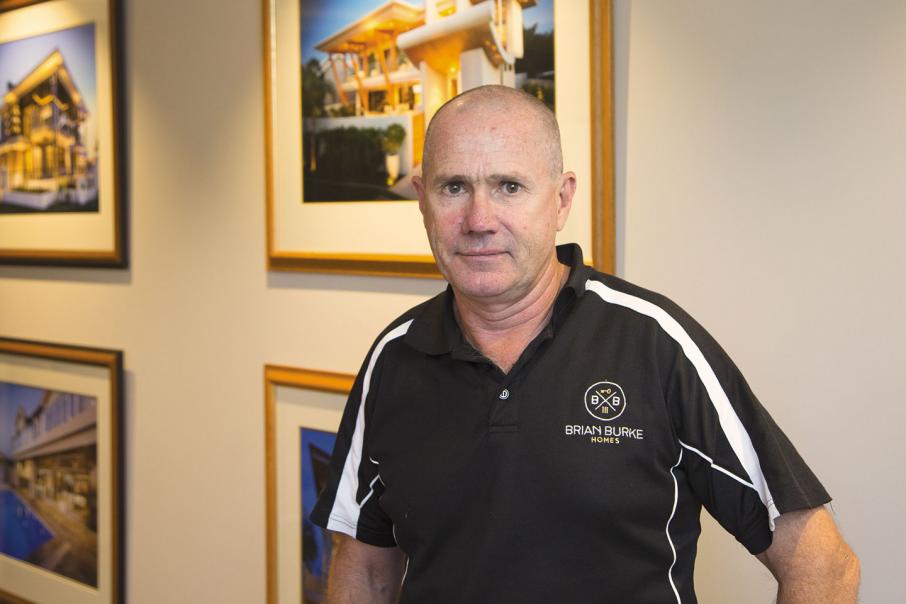 Michael Burke says an uncompromising client-first approach has been key to the success of Brian Burke Homes. Photo: Attila Csaszar

Brian Burke Homes managing director Michael Burke was faced with a tough decision amid the fallout from the GFC – to double down and continue to push multi-million dollar homes in a market that wasn’t spending, or fundamentally shift the way the long-running builder operated.

Mr Burke, a third-generation builder, chose the latter, and set about establishing a second brand for the company – Refined Edge Homes.

Refined Edge Homes represented a massive shift in thinking, Mr Burke said, with the new business targeting a price bracket of $600,000 to $1.5 million, rather than the $2.5 million-plus sector of the market traditionally played in by Brian Burke Homes.

“We knew we had to change,” Mr Burke told Business News.

“People in that market are feeling more secure in their jobs, they have a little bit of a brighter outlook, and we’re finding we’ve hit a really sweet spot with that market.

“We’re still producing the exact same high-end quality that Brian Burke Homes does, but with simpler designs and simpler specifications so we can keep that cost down.

“And with the design and specifications being simpler, our build times are vastly faster than the more expensive homes.”

While Refined Edge has only been established for two years, Mr Burke said it was already making up a big share of Brian Burke Homes’ annual turnover of around $25 million.

Mr Burke said Refined Edge’s success started with the price point, which generally got prospective buyers through the door of display homes. But it was the quality of construction – levels of luxury passed down by Brian Burke Homes – that generally closed a sale.

A recent display home launched by Refined Edge attracted around 200 visitors in its first five weeks of opening, with each visitor impressed by what was on offer, Mr Burke said.

“We were getting people coming from other display homes and other display villages from project home builders in the same price bracket, and they’d walk in and their jaws would just hit the ground, and their eyes opened wide, looking at the quality of what we presented,” he said.

“We knew then that we’d hit the market right. We brought the top-end quality down to the mid-range price bracket.”

However, Mr Burke said he couldn’t imagine Refined Edge would have achieved the success it had without the track record of Brian Burke Homes behind it.

Since 1982, Brian Burke Homes has won more than 130 industry awards, including three times being named Australian Master Home Builder of the Year, while six times in the past 11 years the title of WA’s best home went to a Brian Burke-branded construction.

“People have said to us ‘I’ve never thought I could afford a Brian Burke Home, but now I can’,” Mr Burke said. “That’s a huge thing to leverage off.

“The other guys who start off, they have to do a lot of marketing, they haven’t got the history and the proof of all the awards and accolades that we’ve won over the decades.

“Others have to spend an excessive amount on marketing to convince the public that’s what they do.”

He said the awards were a testament to his fastidious approach to homebuilding, and his uncompromising client-first methodology.

“There is a crucible where all of the design elements go in.

“You’ve got your orientation and your environmental factors, you have council rules and regulations, you’ve got a budget, then there is lifestyle and family and your dreams of what will happen in the future.

“That all gets mixed in with our pragmatism, and it all gets stirred around in the crucible, and what comes out really can’t be anything else.

“If we’re listening properly and we are addressing all of those things, we get a great result.”