The mining industry is turning green, but ‘old’ sectors like gold and iron ore are still attracting keen support. 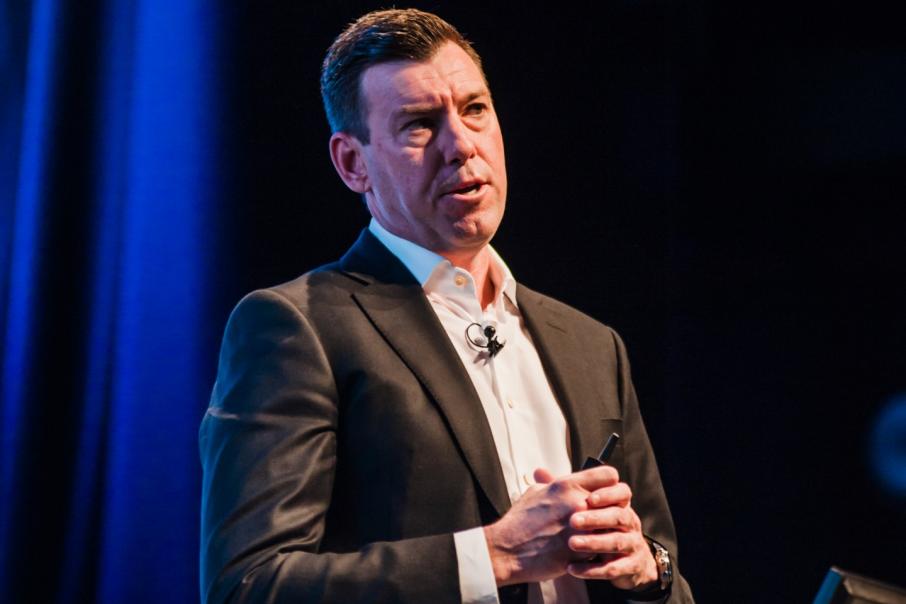 Bill Beament says there is a massive shift under way globally.

It was smiles all around at the Diggers & Dealers conference in Kalgoorlie this month as money pours into a sector where ‘sustainability’ and ‘green’ are the new buzzwords.

The official attendance at this year’s conference was 2,520, just shy of the record set 10 years ago during the last mining boom.

Presenters at this year’s conference did not speak much about the stock market, but they should have because it goes a long way to explaining their upbeat mood.

The strong stock market has made it easy for miners and explorers to raise fresh capital. This is also reflected in the dozens of new listings during the past year.

Another indicator is the Deloitte WA Index, which tracks WA’s largest listed companies by market capitalisation.

The latest index shows that 25 WA companies have a market value north of $1 billion.

Of those, 22 are in the mining sector, from the likes of Gold Road Resources and Mount Gibson Iron to industry giant Fortescue Metals Group, which is valued at more than $74 billion.

One topic that nearly all presenters chose to highlight was their ESG credentials (that’s the new catch-all to cover environmental, social and governance issues).

“We’re now being seen as the answer to greening the world.”

Industry leader Bill Beament said mining had a big role to play in helping the world become cleaner and greener.

“There is a massive shift under way globally on this thematic and it’s not changing,” Mr Beament told the conference.

“It’s very evident where the weight of money is going.”

His company, Venturex Resources, plans to produce copper, zinc, and silver at its Sulphur Springs project in the Pilbara.

“Industry will need those commodities,” he said. Mr Beament was less positive when asked about gold, the commodity that underpinned his success at Northern Star Resources.

IGO is one company making a big commitment to producing metals for what it calls a ‘clean energy future’.

Led by managing director Peter Bradford, IGO has sold its 30 per cent stake in the Tropicana gold mine and invested instead in lithium and nickel.

Its market capitalisation has grown strongly over the past year to $7.2 billion, ranking IGO as WA’s seventh largest ASX-listed company.

That helped IGO win the dealer of the year award at this year’s conference. 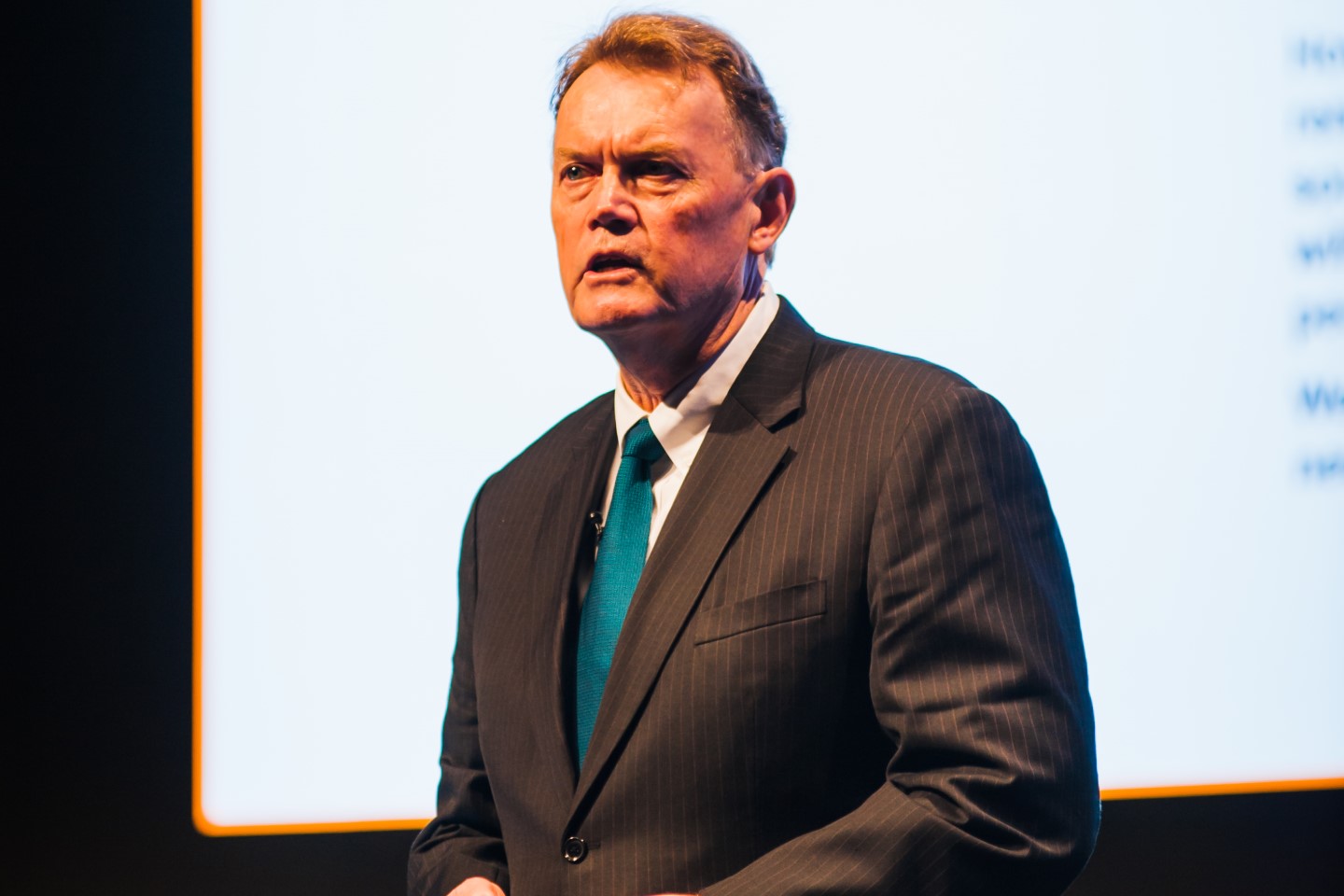 Chalice Mining, which won the emerging company of the year award on the back of its spectacular Julimar discovery, is promoting a similar theme.

Mr Beament’s presentation did not focus just on clean metals, however.

He also signalled a shift in mining practices, as the industry seeks to reduce its environmental impact.

“We know the mines of the future are going to be underground,” Mr Beament said.

“We have to lower our carbon footprint.

“What better way to achieve this than through underground mining.”

The big miners with large open-cut mines would beg to differ; they are aiming to improve the efficiency of their operations to ensure a long-term future.

BHP and Rio Tinto, for instance, are among the founding members of Komatsu’s GHG Alliance, which plans to develop haul trucks that have zero greenhouse gas emissions while also being commercially viable.

This could include a variety of power sources, including batteries and hydrogen.

BHP will provide engineering and technical resources to Komatsu while Rio will conduct a pre-production trial of the new equipment.

A major shift that has already gained traction is the shift toward renewable energy production.

Mining has traditionally been a big user of diesel for power generation and is trying to reduce that, particularly by investing in solar farms and wind farms.

Gold Road Resources, Pilbara Minerals and BHP Nickel West were some of the miners that talked about their plans for increased renewable energy production.

Nickel West asset president Eddy Haegel said the business had a global advantage in the sustainable production of nickel for the battery industry.

This includes the sulphide nature of its nickel deposits and its low sulphur emissions and water usage.

He told the conference Nickel West planned to increase its purchases of power from the Merredin solar farm, from 20 megawatts to 50MW.

This will be directed to the Kwinana nickel refinery and Kalgoorlie nickel smelter.

This followed the recent announcement that Nickel West has contracted with Transalta to build a 27.4MW solar farm at Mt Keith and a 10.7MW solar farm and 10.1MW battery at Leinster, to power its mines and concentrators.

Nickel West is also assessing wind farm developments in both the South West and northern Goldfields.

“Thanks to the insights of our friends at Goldfields, who were first to install wind turbines in the region, we have identified several attractive wind farm locations,” Mr Haegel said.

“Our early estimations are that a 40-50MW wind farm would reduce the Northern System Scope 2 emissions by a further 30 per cent.”

Mr Haegel said Nickel West anticipated strong growth in demand for its nickel. He described 2020 as an inflection point for electric vehicles. 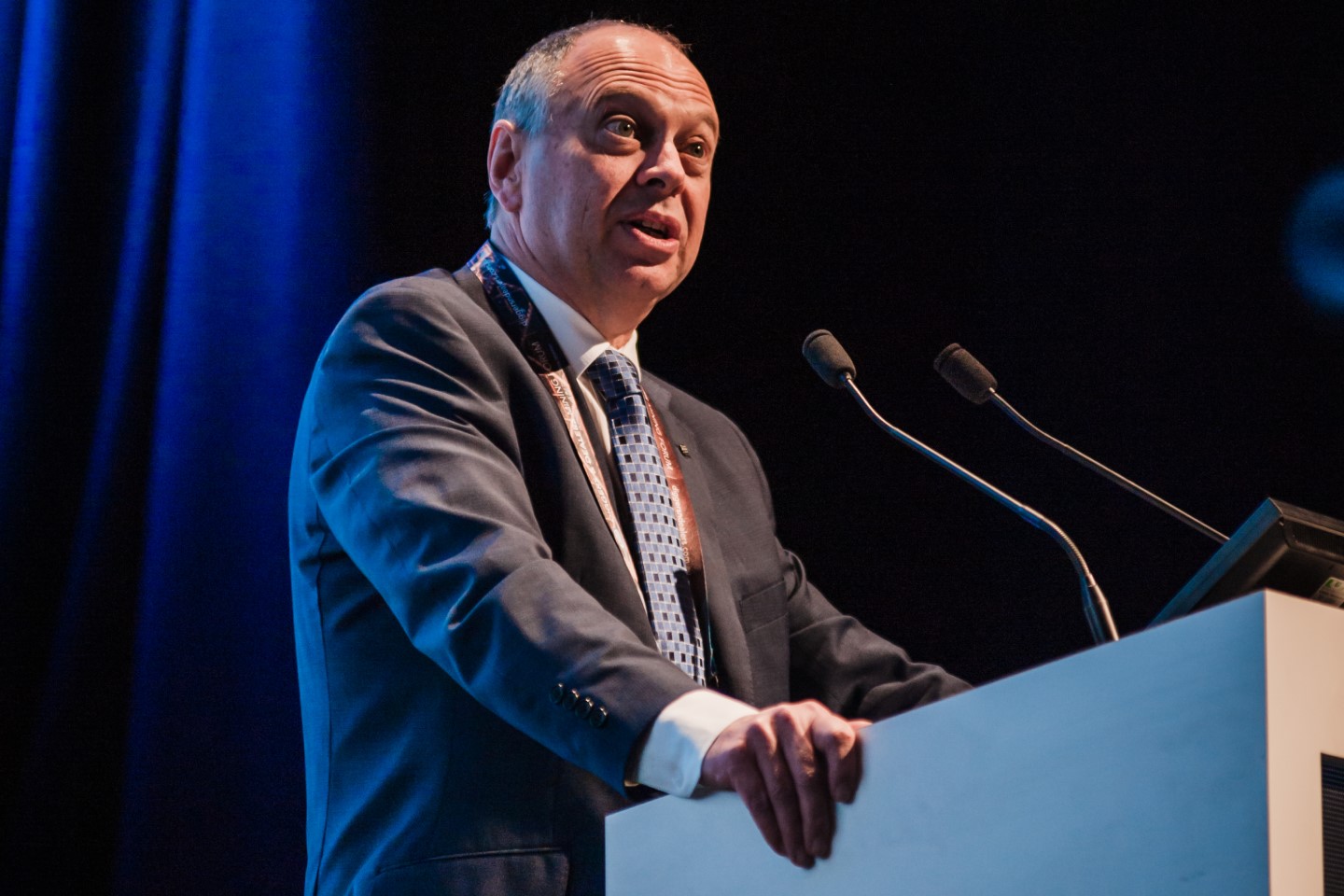 Sales increased 44 per cent from 2019 to a total of 3.2 million units, representing 4.3 per cent of all light-duty vehicle (LDV) sales.

“Many governments are committing to decarbonise their economies more rapidly and making it very clear that there will be an end-date for combustion engines,” Mr Haegel said.

“And manufacturers are investing in EV production lines more than ever before, with a vast array of new cars coming to market from the mid-2020s.

“In light of this, we believe that light duty vehicle sales will reach about 14 per cent by 2025 and by 2030 we expect that a quarter of all sales will be electric vehicles, with Europe reaching over 40 per cent.”

He said demand for batteries from other applications such as trucks and buses, two wheelers and stationary storage, were also increasing.

Off the back of these trends, BHP has significantly upgraded its expectations for nickel demand.

That equates to growth of more than 500 per cent in the next decade.

“That is an incredible growth rate,” Mr Haegel said.

Nickel-rich cathodes remained the chemistry of choice for batteries, and within these nickel-based cathodes, the nickel content continued to increase.

He said the strategic shift he outlined four years ago was just about complete. The business now sells 85 per cent of its nickel metal to the electric vehicle supply chain: precursor, cathode-active material, battery producers and OEMs.

Mr Haegel expects increasing sales to the battery segment in the coming years as demand for EVs grows in Asia, Europe, and North America.

“The clear takeaway is that our transition from a stainless-steel supplier to a supplier of nickel metal to the battery industry, is all but complete,” he said.

It is expanding the capacity of the Mt Keith concentrator from 10.5million tonnes per annum to 15mtpa by installing a larger semi-autogenous grinding mill and modernising the flotation circuit.

A big milestone for the group will be the start of production at its Kwinana nickel sulphate plant.

“It has taken longer than planned but it has been worth the wait, with the Kwinana nickel sulphate plant entering stage-four commissioning last week,” Mr Haegel said.

While clean energy and clean metals were the big talking points at Diggers, it’s worth remembering that the two biggest deals of the past month were in old industries.

Mineral Resources intends to pay $400 million to buy into the Red Hill Iron joint venture in the Pilbara, to support its plans for a new iron ore production hub.

And Evolution Mining plans to raise $400 million to buy the Kundana operations in the eastern Goldfields from Northern Star Resources.

Another reminder that the industry has not completely changed its spots came from Fortescue Metals Group chief executive Elizabeth Gaines.

She is among the small group of women leading mining companies in Australia.

Ms Gaines noted the number of women presenting at Diggers had increased, from three to four.

That’s out of a total of 55, indicating the industry has a long way to go before it approaches gender equity.