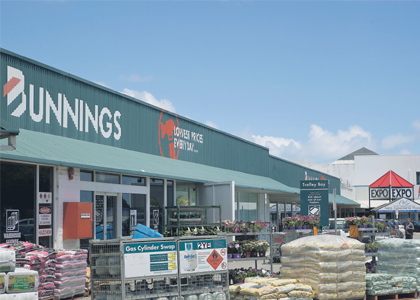 MOVING IN: Bunnings plans to expand into the space recently vacated by Fresh Provisions, while Homebase and the City of Subiaco are set to renegotiate the lease at 55 Salvado Road to allow Bunnings to redevelop its store. Photos: Annaliese Frank

HARDWARE retailer Bunnings has plans for renovations of its own at two of its stores in Perth’s western suburbs.

In Claremont, Bunnings intends to open an outdoor/leisure store in the Bayview Centre complex (previously home to Fresh Provisions) located adjacent to its current store. In Subiaco, the Wesfarmers subsidiary is pursuing plans for the redevelopment of the existing Bunnings store near Homebase Expo.

“We had to reinvent our offering, so now we have the gym, lots of medical practitioners upstairs, and now Bunnings,” Knight Frank associate director Angelo Amara said.

“So over the past two years it has gradually shifted away from that fashion area to more of a service-industry focus.”

According to minutes from the Claremont Council’s August meeting, Bunnings will occupy three tenancies in the Bayview centre, which includes space for offices on the first level.

Mr Amara said Bunnings would occupy a total of 834 square metres in the centre.

The hardware giant’s move to Claremont comes with conditions, however, with the Town of Claremont having forbidden “any proposal for the painting of the [Bayview Centre] in corporate Bunnings colours,” and that replacement signage will not exceed the “size and number of the existing ‘Fresh Provisions’ signage”.

In Subiaco, Bunnings currently leases the site of its existing store from Homebase, which in turn leases 55 Salvado Road from the City of Subiaco.

The council is reviewing its land lease with Homebase because Bunnings is seeking to take its own lease before it undertakes any development on the site.

The council has expressed concerns that failure to accommodate Bunnings’ plans will result in the store moving to another area.

“Bunnings has a strong preference for a new store in the western suburbs, preferably on its current site in Subiaco,” the company’s business plan states.

“Bunnings is actively considering other sites and is likely to relocate to another locality if it makes good commercial sense.”

According to the business plan, this proposal would allow Bunnings to “raise and replay the finance needed for the new store”.

The City of Subiaco is calling for submissions on this plan until next Monday, November 12.

Bunnings hopes to redesign the existing store, with plans to include a new rooftop garden centre, environmentally friendly features such as water harvesting and solar panels, and improved access for customers and delivery vehicles.