Twenty years after Wesfarmers bought Bunnings in a contentious takeover, we reflect on the family that started one of Australia's biggest retail successes. 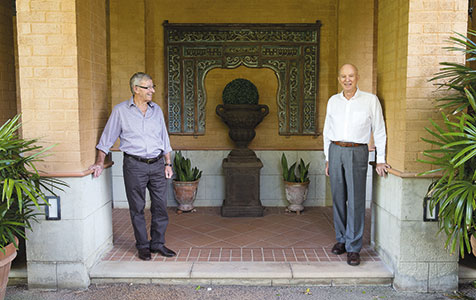 Some of Western Australia’s most prominent businesses were built by enterprising families, before being acquired by larger corporations.

National land developer Peet started in Perth in 1895, when James Peet opened for business, and it stayed in family hands for three generations before Tony Lennon and Warwick Helmsley bought a controlling stake.

Names like Boans, Aherns and Midland Brick have disappeared but they were iconic WA businesses built up by families before being sold to listed companies (see table next page).

The Bunning family goes back further, and has arguably had more impact, than other families. 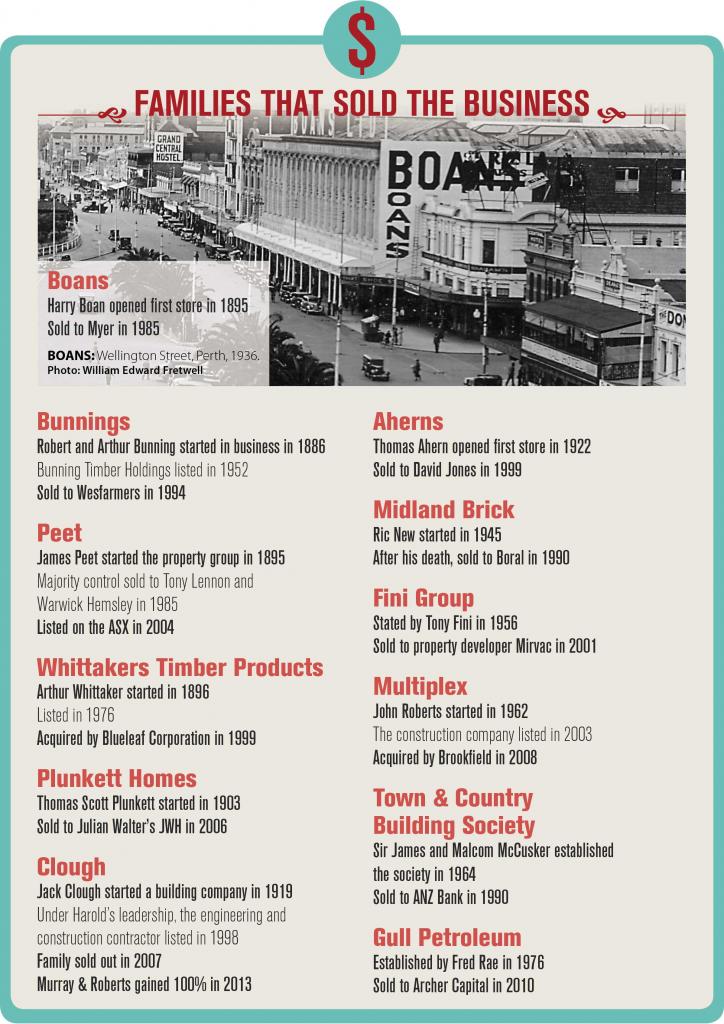 Robert ran the business for 50 years, during which time the primary focus moved from construction to expansion of its timber sawmilling and distribution operations.

This was an era when the biggest players in the WA industry were UK businesses, which supplied sawn timber to the UK primarily for railway sleepers and road construction.

Robert was succeeded by his sons Charles and Tom Bunning, who presided over the listing of Bunnings Timber Holdings on the Perth stock exchange in 1952.

The third generation, including Charles’ son, Bob, and Tom’s son, Gavin, came into the business in the 1960s.

The business grew substantially during the post-war years.

In the late 1960s, it was the successful bidder for the state’s first woodchip export licence.

That prompted UK company Hawker Siddeley to merge its timber interests with Bunnings, in 1970.

“That was very significant; not only was it a doubling in the size of the company but we had the woodchip export industry as well,” Bob Bunning recalled.

Hawker Siddeley ended up with a 24.6 per cent shareholding in Bunnings, which proved decisive in sealing the company’s fate 24 years later.

The second major acquisition was the 1983 takeover of Millars, another UK-owned business that was in the doldrums.

The company diversified into hardware in the 1950s, initially to serve the building trade, and opened its first retail hardware store in West Perth in 1961.

“One store was on Scarborough Beach Road. We cut a hole in the shed, put a cash register in there, installed a few very simple merchandising stands, booked an ad in the paper, and it took off,” he said.

“The serious focus on building up the stores was not really until the 1970s.”

Hardware became an increasingly important part of the business during the 1970s and 1980s, with growth in the number and scale of the retail stores laying the groundwork for later success under Wesfarmers’ ownership.

Wesfarmers first got involved in 1987, when Bunnings invited the conglomerate to participate in a share placement, giving it a 10 per cent stake.

Memories of what drove the Wesfarmers placement are varied.

The placement injected extra cash into the business to support its growth, but it was also a time when hostile takeovers were rife, and Wesfarmers was seen as a friendly shareholder.

“It was a company whose management we respected, and they were WA based,” Gavin said.

Wesfarmers’ executives Trevor Eastwood and Michael Chaney joined the Bunnings board in 1988, after signalling their intention to progressively lift their stake.

Bob resigned from the board two years later, citing “incompatibility”.

“There was a degree of naivety in that exercise,” he said. “We genuinely thought there would be mutual benefit to have the two companies working together.”

Control of the business changed hands in 1992, in controversial circumstances.

The family held about 30 per cent of the stock, and it had a pre-emptive agreement with Hawker Siddeley, which was meant to offer its stake to the family before anyone else.

Wesfarmers, which held a 20 per cent stake at this time, took advantage of this opportunity by launching a low-ball takeover at $3.55 per share.

“It was a cheeky bid, priced to take advantage of a weak market,” Gavin said. “It gave us all a bit of a fright; what if everyone else accepted that price?

“It’s all history now, because BTR was the only significant shareholder to accept the Wesfarmers offer, but they were very aggressive with that bid.

“Anything we did, they’d get their lawyers on the job and say you can’t do this and can’t do that.”

Bob endeavoured to put together a competing proposal, and to push up the price.

“We had a party that was prepared to make an offer,” Bob said.

“When the people from BTR discovered that, they walked down the road and accepted Wesfarmers offer of $3.55 per share when the market price was in excess of $4.

“Amazing, wouldn’t you say. You can draw whatever conclusions you like about that.”

The family has well and truly moved on, but the circumstances of that takeover still rankle.

“There was a very strong emotive reaction to it,” Bob said.

The family subsequently took legal action against BTR, over its failure to abide by the Hawker Siddeley pre-emptive agreement.

“It went on for about two years, but finally BTR settled with us, and we got some satisfaction through that,” Bob said.

After the 1992 takeover, there was a two-year period where Wesfarmers and the family co-existed, and not always very happily.

“They appointed most of the directors; the survivors were me, who was a tolerated one, Harold Clough and the CEO, Ian Mackenzie.

For instance, Gavin recalled Michael Chaney, who was both a Wesfarmers executive and Bunnings chairman, putting pressure on Mr Mackenzie to participate in Wesfarmers’ divisional meetings.

“Ian resisted, saying that while Bunnings continued as a public company, he and the company would maintain their independence from Wesfarmers,” he said.

“We were conscious we were the David alongside the Goliath, but at least the common commitment was to grow the company and increase profitability.”

The family’s connection with Bunnings ended in 1994, when Wesfarmers moved to full ownership through a second takeover. It was priced three times higher than the 1992 offer, and valued the business at $594 million.

After selling out of the hardware business, the family members have been significant investors in a variety of commercial ventures.

Gavin Bunning’s family, along with his sister Sue’s family, have invested together through their jointly owned company Cotswold Investments.

“Our main active investments these days are in land sub-divisions around the country, with other families and in small syndicates,” Gavin said.

The major Amex development is the 7,000-lot Providence project on the outskirts of Brisbane.

With LWP, the family has invested in The Glades at Byford, Trinity at Alkimos and Huntlee in the Hunter Valley in NSW.

“We’ve decided that we will disperse our cash flow to each side of the family, so that we’re not committing the next generation to be locked together forever,” he said.

“The objective is to allow each side of the family to make their own decisions.”

The handover to the next generation is also starting.

“I have three sons all doing their own thing, but we meet quarterly to discuss our investments and consider opportunities,” Gavin said.

Gavin’s son, Rob, is progressively spending more time in the business, and Sue’s son, Rory, has also been made a director.

Bob Bunning has continued to be a major investor in the forestry sector.

In the 1990s, he teamed up with Tony Jack, along with Bruce and Charmaine Mattinson, Bernie Dell and other investors to establish Integrated Tree Cropping.

At its peak, ITC had about 150,000 hectares of blue gum plantations.

“Like a lot of businesses that grow very quickly, we ran out of cash, which is when we got involved with Futuris (now Elders),” Bob said.

“The end result was that they took us out, once again with a little bit of angst, but from a financial point of view that was quite satisfactory

“That allowed us to move on to greener pastures, the sandalwood at Kununurra.”

The group did its first sandalwood planting in the Kimberley in 2004.

They later joined up with private equity giant KKR to establish Santanol, which bought Elders’ sandalwood plantations in the Kimberley.

KKR owns two thirds of Santanol, which has about 2,000ha of sandalwood plantations.

Bob Bunning’s side of the family invests primarily through Aileendonan Investments.

Aileendonan is half-owned by Bob, who also chairs the company.

The other directors are his two sisters, who own the remaining shares, his daughter Catherine, and his nephew Julian Mills, who is also executive director at Gresham.

Mr Mills has moved to a part-time role at Gresham to enable more involvement in the family company.

Aileendonan was a foundation client in Perth for the Myer Family Company, which provides a range of services for family companies.

“We were their first customer, and by all accounts they are expanding fairly rapidly,” Bob said. 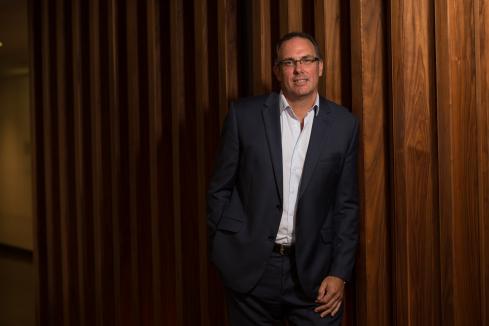 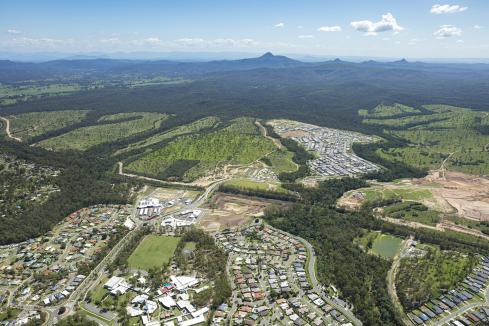