Bunbury move for Parks and Wildlife

A new location in Bunbury will be the home of the state government’s Department of Parks & Wildlife, with up to 300 employees to be housed at a Koombana Drive headquarters. 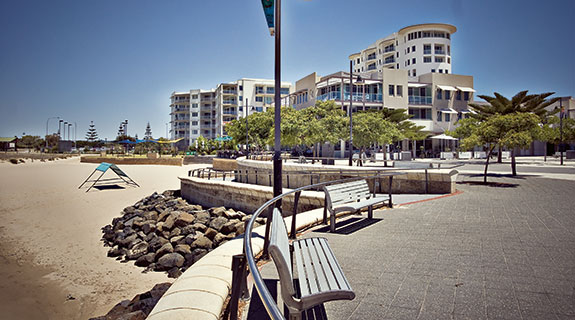 Koombana Bay, near where the new site will be located.

A new location in Bunbury will be the home of the state government’s Department of Parks and Wildlife, with up to 300 employees to be housed at a Koombana Drive headquarters.

Premier Colin Barnett announced today that previous plans for a new office at Turkey Point would be cancelled, with the new site to sit opposite the Dolphin Discovery Centre near the Bunbury CBD.

The state government will spend up to $18 million on the new headquarters, which the premier said would be approved as part of the budget process.

“This new site is highly visible to the public who can visit the headquarters to get information on exploring the South West’s spectacular national and marine parks,” Mr Barnett said.

“This development will establish Bunbury as the major centre of state government administration outside of Perth and the gateway to the natural attractions of our South West. The government is committed to decentralising and providing career opportunities for people living in the regions.”

The office will be built in two stages, with 100 staff accommodated in the first stage, but the government did not say when either stage would commence or be completed.

The department was created in July 2013 after the Department of Environment and Conservation was split into two agencies.