Nedlands-based explorer Bullabulling Gold has signalled it will not accept a takeover bid from Norton Gold Fields which values the company at about $24 million, saying the offer does not reflect the value of its assets. 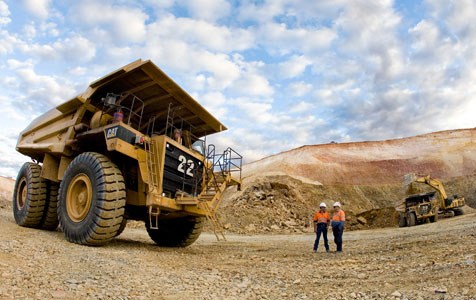 Nedlands-based explorer Bullabulling Gold has signalled it will not accept a takeover bid from Norton Gold Fields which values the company at about $24 million, saying the offer does not reflect the value of its assets.

Norton said the takeover would significantly boost the chances of securing the more than $300 million in capital expenditure required to bring Bullabulling's flagship development project, the Bullabulling gold project near Kalgoorlie, to production.

However Bullabulling said today it does not consider the bid to be high enough, and told shareholders to take no action until the board issued a formal response.

"The board considers that the current Norton offer price does not adequately reflect the value of Bullabulling or the Bullabulling gold project and does not justify a change in control of the company," it said.

Bullabulling has appointed Gresham Advisory Partners as corporate advisors and Herbert Smith Freehills as legal advisors to assist the company in preparing its response to the offer.

The company said it would consider any takeover proposals in the context of maximising shareholder value.

Norton said last week that Bullabulling shareholders representing 6.6 per cent of the company's stock had confirmed they intended to accept the offer.

"The Bullabulling gold project has significant funding challenges which a small company such as Bullabulling will have ongoing difficulties managing," he said.

"By accepting the offer, Bullabulling shareholders will remove their exposure to these major financing risks and the likely continued dilution in the value of their shareholdings."

Norton commenced a definitive feasibility study into the development of a large-scale mine at the Bullabulling project last year, with the study scheduled for completion later this year.

The project's resources are situated on granted mining leases and in close proximity to infrastructure, according to Norton.