A former police officer is spearheading a new campaign to reduce the effects of crime on building sites. 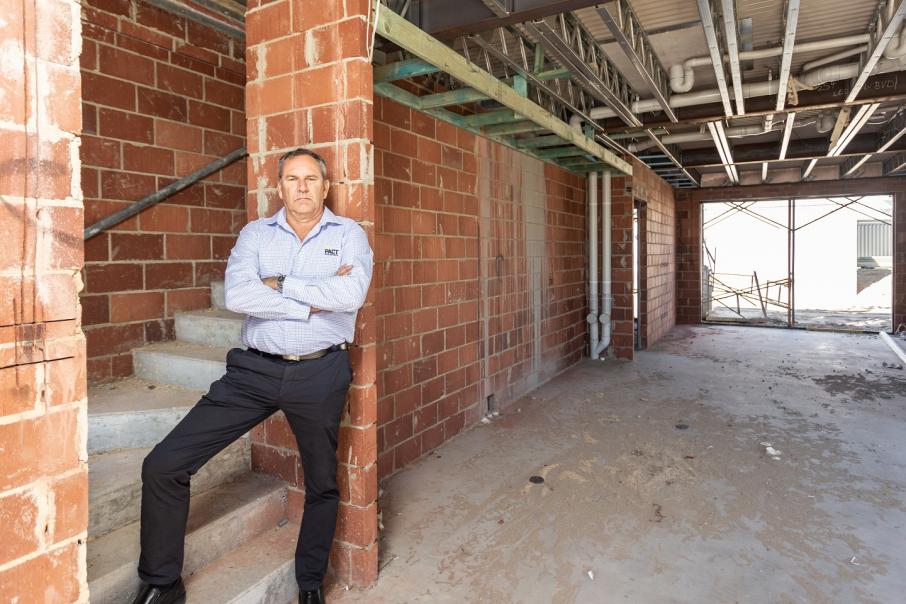 Craig Pages-Oliver is serious about stamping out construction crime.

The former police officer has been behind several construction crime-focused campaigns since 2003, the first being a name-and-shame campaign run in conjunction with the Housing Industry Association, where offenders’ names were published in regular newsletters to the state’s biggest builders.

That evolved to incorporate GPS tracking technology and was renamed Busted, a company Mr Pages-Oliver was involved with before he and his partners sold the business in 2015.

After a brief hiatus, Mr Pages-Oliver has returned to the industry to launch the Partnership Against Crime Taskforce, or PACT, which he said was a more holistic approach to combating one of the biggest issues facing the construction sector in Western Australia.

Master Builders Association WA executive director John Gelavis agreed that the cost and impact of theft on the building industry was substantial.

“It’s a problem that is very serious and has caused a lot of stress and cost to both builders and their clients,” Mr Gelavis said.

“Most of the theft comes when a project is nearing completion, where there is more potential for a would-be thief to steal, whether it’s whitegoods, fittings or sound systems.

“During construction you have potential for contractors’ tools, equipment or materials to be stolen.”

“Reporting is one of the most important and overlooked actions,” Mr Pages-Oliver said.

“It is critical to report incidents no matter how small.

“This allows WA Police to activate in the crime hot spots and support the builders on the ground.

“The demands on site managers is high and often reporting can get sidelined; this is where we can help.”

PACT is working closely with BGC Residential and Cedar Woods Properties, with its suite of services applying to builders, land developers and civil contractors.

In that regard, PACT is also partnering with the Urban Development Institute of Australia, Master Builders, and is in discussions with the Civil Contractors Federation.

“It’s a holistic approach of liaising with the community and stakeholders of the construction industry,” Mr Pages-Oliver said.

“Why we’re going from the land development stage all the way to the final bid is that there is a lot of information out there and a lot of CCTV and it’s really going nowhere.

“Builders might just flick it to the local police, but we want to actually collate all of that information.

“We’re sure there is going to be a lot of information that interlinks, especially in a lot of these areas where they are getting hardest hit.

“Places like down towards Armadale, you’ve got Haynes, down to Baldivis, Wellard, all these areas are hotspot areas and have been for a long time.

“The new areas where there are no residents at all in there, they certainly get hit hard.”

Mr Pages-Oliver said he was also in discussions with WA Police over a formal memorandum of understanding to gain further insight into trends in construction theft.

“The thing we want to know is if these people involved in the theft are part of the industry or just druggies looking for a quick sale of some gear to get their next score,” he said.

“As we go through this MOU process, and if we get that all approved, we’ll look to create a list of offenders and who has been charged, just so builders are aware that these people shouldn’t be in the industry because they are stealing from building sites.

“That’s a deterrent. If you’ve got a few tradies that knock off a bit of gear, they are going to be more inclined to not do that if they know they are not going to have a job in the industry.”