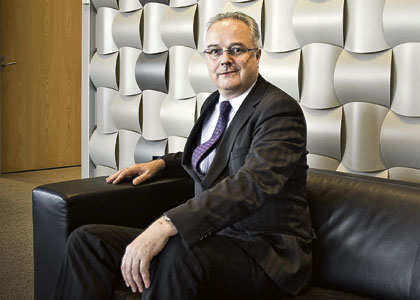 Corporate partnerships can form the lifeblood of community organisations through in-kind or cash sponsorships but getting the dotted line signed can be difficult and daunting for not-for-profit organisations.

Australia Business Arts Foundation (AbaF) has been working since 2001 to generate a better understanding that partnerships between arts organisations and commercial operators can be mutually beneficial.

At its recent event, Getting the Good Oil on Partnerships, AbaF hosted a panel made up of community engagement managers at mining giants Rio Tinto and Woodside and not-for-profit organisation St John of God Health Care, along with the head of arts organisation, STEPS Youth Dance Company. Woodside co-hosted the event.

The panel outlined what to keep in mind when it came to creating solid partnerships between arts and commercial organisations.

One of the major considerations outlined by the panel was ensuring organisational values were aligned among the not-for-profit and commercial organisations.

SJOG Health Care public relations manager Fiona Clark said the organisation did not have a multi-million dollar stockpile of money it could disperse to community partners but it did look to have closely aligned values with the organisations it did support.

Ms Clark said the health-care business had previously supported large arts organisations but moved to support smaller, niche organisations that would target the disadvantaged areas of the community SJOG was looking to help.

“It is a case of not just the financial aspect, it is about working together to identify how we can share our expertise with the organisation,” she said.

Woodside community affairs manager Jo Ferrie manages the company’s partnerships and community engagement strategy and said it was not in the business of just handing out cheques. Woodside looked for real alignment with what the arts organisation was trying to achieve.

“You don’t want to have many masters and we don’t want to be just issuing cheques out the door, for us it is about having really great partners and leveraging and growing those partnerships to be much bigger,” Ms Ferrie said.

One of the big tips for arts organisations coming out of the session was to make the most of what it could offer when it came to hosting events.

The panel agreed that arts organisations had a unique offering when it came to social events that could facilitate the commercial organisation’s connection with its stakeholders.

Ms Ferrie said often the sponsorship of events and programs was not about brand building for a corporate but the true benefits lay in the social networking that came out of hosting stakeholders at opening events.

The panel discussed issues around corporate expectations of organisations taking on more program opportunities thanks to funding.

“Don’t be afraid to negotiate those opportunities as they come about in a relationship,” Rio Tinto community investment senior adviser Laurie Ball said.

“Sitting on the corporate side, we appreciate the funding you require is to run your level of programming, it is not necessarily to service our needs.”

STEPS general manager Cassandra Lake said that when talking with potential sponsors, it was important for arts organisations to take into account the capacity of the organisation to deliver on projects being funded.

STEPS is supported through the state government Department for Culture and the Arts but gets its operating budget from partnerships.

At the height of its business partnerships in 2009-10, the organisation doubled its operating budget through partnerships with BHP Billiton Nickel West and property developer Hawaiian.

Ms Lake said while some new adjunct projects had been developed additionally to the projects originally funded by BHP Billiton, it was important for an arts organisation to adhere to quality standards and not stretch resources too far.

“As an arts organisation you want to take every cheque that could possibly be thrown your way but you can’t commit the company to a project that you can’t run well,” she said. “You have to be creative and stick within the boundaries and your core values.”

Ms Ball said it was a good idea for arts organisations to include funding to build their capacity when applying for grants and make way for growth in the partnership that way.