When a prepared site was converted into the 77-apartment Adara complex near Cockburn in just 11 days late last year, the ‘potential’ for modular construction techniques in Perth became a reality. 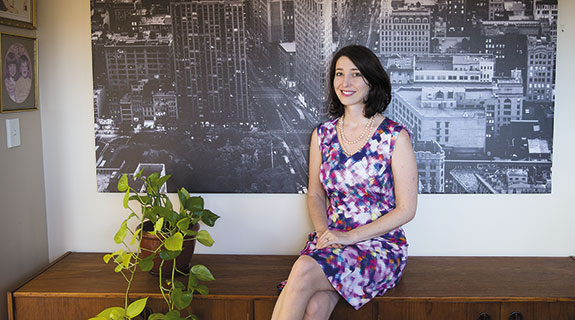 When a prepared site was converted into the 77-apartment Adara complex near Cockburn in just 11 days late last year, the ‘potential’ for modular construction techniques in Perth became a reality.

However, evaluating the building technology’s environmental and economic credentials has proved even more of an eye-opener, according to Curtin University research fellow Jemma Green.

Ms Green is using her PhD in researching disruptive innovations in clean technologies, to produce Perth specific data about the economics of linking batteries to renewable energy in homes and the benefits of modular constructions.

The technique, which involves the construction of modular components in a factory to be assembled on site, has typically been used in Australia for work camps in remote areas; but it’s gaining prominence as a mainstream option for residential and commercial projects. Ms Green and her colleagues’ research has uncovered that Adara’s modular construction (pictured) produced 50 per cent less waste compared with a conventional equivalent building, and had a 30 per cent greater thermal performance (meaning residents pay less for heating and cooling bills).

Despite being prefabricated by Hickory Group in Melbourne (and transported to Perth), the building also had a comparable life-cycle analysis, or carbon footprint to a comparable-sized, traditionally built project.

Including time required for prefabrication and transport, the project took a total of 13 months to complete, compared with about two years for a traditional build, representing a time saving of about 40 per cent.

Construction costs were 10 per cent less and the project provided a 15 per cent increase in return on equity for investors above what they would have received for a comparable traditionally built project.

“And from an affordability perspective what that will do is put downward pressure on the price of apartments in Perth.

“If the market starts developing product that costs less and the market is doing that, not just one operator, from an economics perspective that will lower the cost and make housing more affordable.”

In other trials she has undertaken, Ms Green has demonstrated that Perth homes with solar PV on their roofs and lithium ion phosphate battery storage can produce energy at a price in line with Synergy’s costs.

To encourage investors to consider solar PV and batteries, Ms Green is developing a governance framework for strata laws.

“The strata system incentivises investors because at the moment no investor that buys an apartment and rents it out is going to bother with solar panels because they’re not going to get the benefit, whereas with this system the owner gets a pay back for the investment,” she said.