There’s no shortage of ideas for how WA can attract talent and new industries when the pandemic abates. 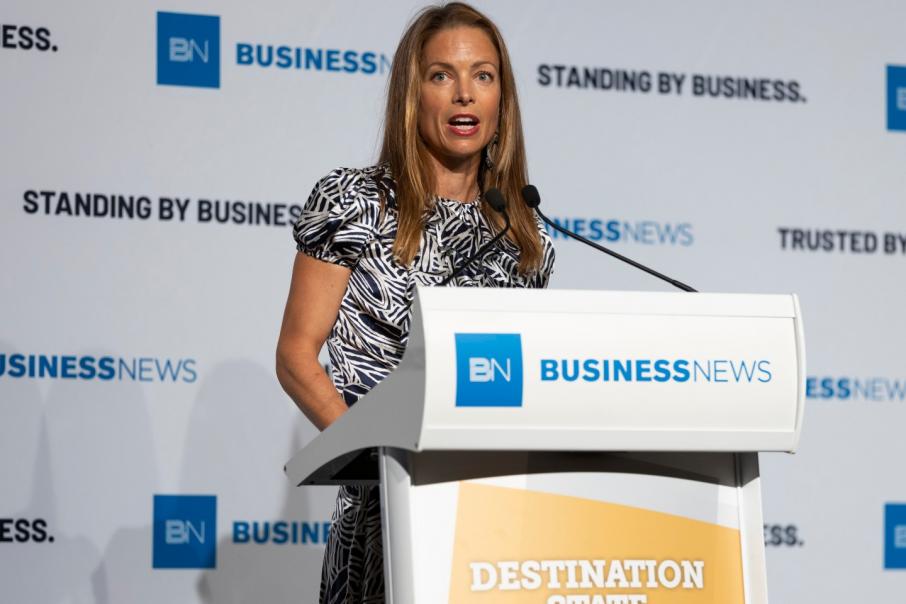 IF Kath Giles had followed all the advice she was given, Western Australia would have lost yet another cutting-edge opportunity.

When Dr Giles co-founded OncoRes Medical in 2016, it was recommended the company base itself in Melbourne.

The medical technology business would have no chance to develop in Western Australia, find the executives or secure funding, Dr Giles was told at the time.

But her resolve as chief executive to make OncoRes a WA success was strong.

“After years of being intensely frustrated watching our phenomenal WA innovations slipping through our fingers, I’ve been absolutely determined that not only will OncoRes grow and develop in WA, but we will not do it under the radar,”

“So, the OncoRes story and returns to local investors can be used to grow the sector.”

Dr Giles said a series of medical innovations had been created in Perth but then further developed and commercialised elsewhere.

Those include Cook Medical’s Zenith Endograft, which is used in heart surgery and now made in Queensland.

Work on trialling a gout drug to prevent heart attacks, and research to develop a needle to make it visible on an ultrasound, had started in Perth but moved to Europe.

But these breakthroughs showed WA had the talent, Dr Giles said. “Our firm foundation of world-changing science has originated in our research institutes, garages and some of our stomachs,” Dr Giles said.

The stomach referred to, of course, is that of the University of Western Australia’s Barry Marshall who, in 1984, drank the Helicobacter pylori bacterium to better understand its role in the development of stomach ulcers.

For that work, he and Robin Warren won a Nobel Prize in Medicine, in 2005.

Dr Giles said the movie Contagion, about a pandemic, included a reference to Professor Marshall in a key point of the film.

“This WA medical innovation won a Nobel Prize, got name dropped by Hollywood and much more importantly has saved millions of people from having pieces of their stomach chopped out,” she said.

OncoRes expects to close a capital raising later this month for its technology to ensure surgeons are able to locate and remove all breast cancer cells during an operation; the tech has already won fast-track approval in the US.

Given the range of cutting-edge development emerging from WA, Dr Giles said life sciences could become a bedrock industry for the state.

Chief scientist Peter Klinken told the forum health and life sciences were sectors where WA had a comparative advantage that could become a competitive advantage.

That would include through use of biodiversity for medicine, and as a destination for clinical trials.

Professor Klinken named seven opportunity sectors for the state by its 2029 bicentennial including education, mineral processing, Industry 4.0 and the energy transition.

Critical to all of these was people. “We’re in a global battle for talent,” Professor Klinken told the Destination State lunch.

He said people would be attracted by an existing pool of talent, and tolerance, with strong leadership, good culture, support for families and good facilities.

These points raised by Professor Klinken will likely be among the challenges facing the government when the state reopens it borders, and State Development Minister Roger Cook, in particular.

Changes to border reopening in recent weeks have led some high-profile executives to leave the state temporarily, while the Chamber of Commerce and Industry of WA expects a tourism outflow of more than $5 billion when travel resumes.

Many Western Australians will be looking to reconnect with the outside world, but at a time of growing skills shortages globally, the government will be eager to retain and attract talent.

“In fact, as I travel around the world, I would rarely go to an operation that doesn’t have Western Australians working in it,” Mr Trott said.

“The skills, technology and ways of doing things here have spread to the rest of the mining industry in ways that we need to give greater visibility to.

“These innovations have created immense value and made our business – and other businesses – safer and more productive.”

The mining company built a world-leading industrial autonomous rail system, AutoHaul, and has also been at the vanguard of autonomous drilling and trucks.

“Those skills have applications that extend far beyond mining, and some of the world’s leading experts were either home grown or drawn here to WA because they wanted to work at the cutting edge of their field,” Mr Trott said.

“Ultimately, prosperity is created by people.

“The best talent gravitates to wherever there is the greatest opportunity for them to realise their potential.

“Famous centres of innovation like Silicon Valley are places that have reached critical mass and become self-sustaining.”

Mr Trott said Rio’s next big challenge would be moving into a low-carbon economy, with 1 gigawatt of renewable power to be built in the Pilbara to electrify operations.

That’s equivalent to about a third of the demand on the state’s main grid on an average day.

“We are also working with our customers and partners to help decarbonise the steel production process, which accounts for eight per cent of the world’s CO2 emissions,” he said.

“Part of this involves exploring the potential for green iron production here in WA, which becomes far more attractive if we can take the lead on renewable energy.”

Tourism property developer and entrepreneur Adrian Fini said Perth should be considered the Byron Bay of the Indian Ocean.

He said he wanted to see a greener Perth, Kings Park linked through the CBD, and more walking and cycling opportunities.

“If you walk along the street and you see youthful enjoyment, you create happiness in yourself,” Mr Fini said.

But he was concerned the state was coasting on mineral wealth and had not planned properly for its future.

“I tell my kids if you’ve got great ideas, start them when you’re young, because you might not see them [happen] in your lifetime,” he said.

“It’s not just in property, [it’s] also in other industries,” he said.

Mr Fini said he supported the state’s Special Development Assessment Unit, and that power should be more centralised in departments to speed up outcomes.