University students have tackled housing affordability challenges in a new design competition that encourages the use of non-traditional construction techniques. 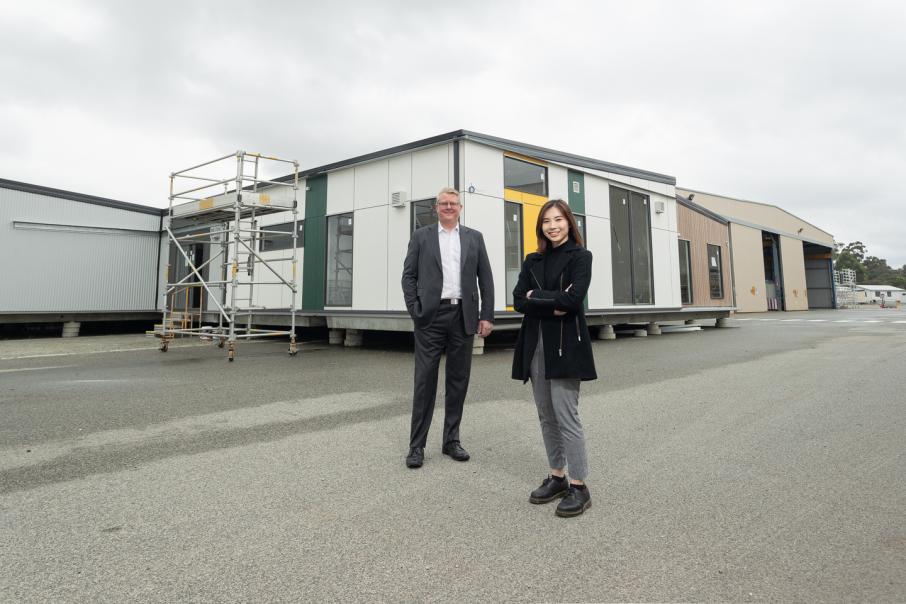 Housing affordability remains a problem in all parts of Australia, driven largely by a lack of investment and years of stalled wages growth.

Research by the University of New South Wales has found Australia needs to build more than 1 million social and affordable homes by 2036 in order to address this need.

The search for solutions to the shortfall in housing was the motivation for the 2020 Fleetwood Challenge Cup, which invited architecture, engineering, and construction students from across Australia to submit built environment design solutions that addressed housing affordability challenges by integrating offsite construction and prefabrication practices.

Curtin University was among the eight universities that participated in the challenge, which involved cross-disciplinary teams submitting plans for a multi-level building design that: was flexible; could be readily modified and delivered in multiple configurations; and could be relocated cost-effectively over a 50-year period.

“The offsite construction industry in Australia is in its infancy when compared to overseas,” Mr Denison told Business News.

“We wanted to encourage the next generation of design professionals to seriously consider offsite methods so that we can transform this industry and take it to the type of exposure it’s got overseas.

“What we’ve seen is the need for social housing to move around; different areas have different social attributes and they change over time.”

Mr Denison pointed to an example in Canada where the government had set up modular social housing in one location, only to relocate it 25 years later.

“That was the original inspiration for me [for the challenge],” he said.

“If you have buildings that were capable of being moved, you’ve eliminated part of the cost of rebuilding. With modular, even if it’s not relocated, the building can be completely reconfigured on site.”

A judging panel comprising industry professionals from the architecture, engineering and construction sectors, from companies such as Arup and Brookfield, assessed 10 designs late last month.

A team from the University of Melbourne won the overall Fleetwood Challenge Cup, with its ‘ecoShip’ design chosen as the most affordable, functional and sustainable construction solution.

A University of Queensland group secured second place, followed by a Curtin University team, with all placegetters receiving a monetary prize.

A second Curtin University team was awarded the Fleetwood Industry Award, a category Mr Denison said was created to recognise the most novel project.

The award-winning submission proposed an exoskeleton, where the structural frames were placed on the outside of the building, while integrating the frame’s visibility into the overall design aesthetic.

That flexibility enabled the floor plates to be configured according to existing site conditions; for example, the building could be configured to retain existing tree canopies, leaving minimal impact on a retired site.

Team captain Zoe Yeoh, who was the only architecture student in a team of engineers, said hyper flexibility was key to the team’s submission (a housing proposal that was prefabricated, transportable and could be easily dismantled and reassembled).

“We wanted to do something different to typical construction; that drove the idea for the exoskeleton,” Ms Yeoh told Business News.

“It was challenging. For me it was, ‘How do I not ruin the aesthetic and concept?’

“When the conversation started, they [engineering teammates] were shocked by my design. They would say, ‘You can’t structurally do this’.

“But I was stubborn. I said this could be really different, if we pull it off.”

However, it paid off in more ways than one; in addition to the Fleetwood Industry Award, Ms Yeoh has since been approached for a job opportunity with a multinational company.

“The creative use of design materials by students to deliver innovative solutions surpassed all industry expectations,” Mr Denison said.

“The offsite manufacturing and prefabrication industry has changed significantly; the gains it can offer now in terms of sustainability, flexibility and customisation provides the industry with new options for design balanced with affordability.”