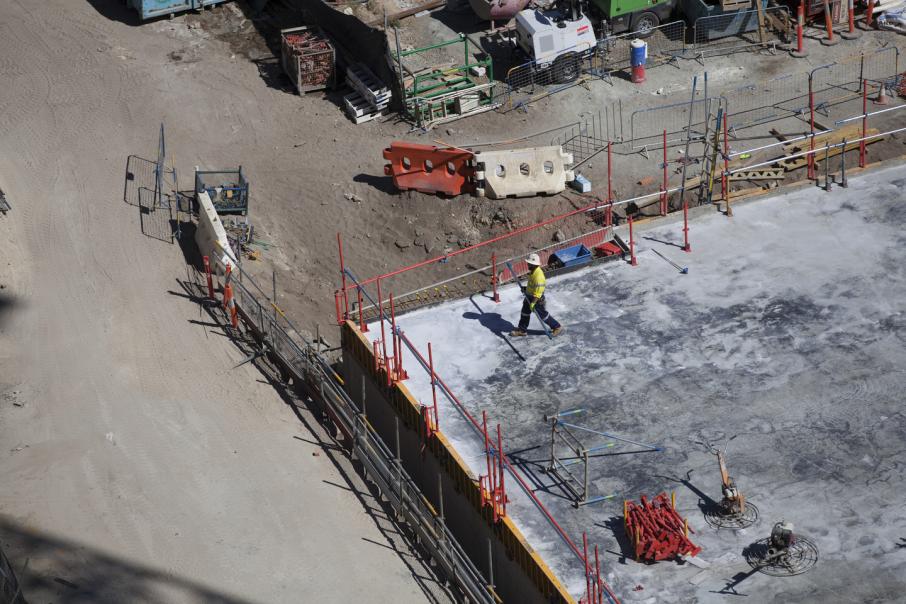 Unions have been warned that the construction industry's top cop is back. Photo: Attila Csaszar

Unions have been put on notice with the revival of the Australian Building and Construction Commission, as the building sector celebrates the what it says is the return of law to the industry.

Prior to the bill being passed, Prime Minister Malcolm Turnbull told the coalition joint party room in Canberra that the building industry, which employs more than 1 million Australians, depended on a law-abiding construction sector.

Following the bill’s success, Mr Turnbull described the move as a great day for Australian families.

“This is not union busting, this is economy boosting,” Mr Turnbull told reporters today.

The ABCC was originally set up by the Howard government in 2005, in an effort to quell union-led disruption on construction sites.

However, the Rudd Labor government axed it in 2012, saying it denied essential legal rights to union members.

Housing Industry Association managing director Shane Goodwin said the abolishment of the ABCC had been a detriment to the entire industry.

“For too long, the commercial building industry has been bridled by systemic lawlessness, coercion, intimidation and flagrant misconduct,” he said.

“The restoration of the ABCC is important in restarting the process of ridding the industry of toxic, outdated industrial practices.”

Master Builders Association WA executive director Michael McLean said the re-establishment of the ABCC was a game-changer that was long overdue.

“Our industry has long required fundamental cultural change and the ABCC provides the catalyst to achieving it,” he said.

“Western Australia is already ahead of the game in terms of a relatively stable industrial relations environment, but other states will find the ABCC regime challenging but beneficial, because it will reinstate the rule of law onto construction sites.”

“The Maritime Union of Australia was recently found by the federal court to have used safety as a pretext to take illegal strike action against Chevron’s Gorgon LNG project, reportedly costing the project up to $20 million,” he said.

“Upon being ordered to return to work, there are credible claims the union then used ‘go slow tactics’ to further disrupt the project.”

Mr Knott said Woodside Petroleum’s Pluto project was another WA job beset by illegal strikes, with 100 workers who unlawfully walked off the job ordered to pay a total of $1 million in fines.

“Pluto LNG was also subject to further illegal strikes by membners of the CFMEU, CEPU and AMWU, resulting in further fines,” he said.

“This type of industrial extortion may be out of sight to the average Australian, but it still hurts our economy and erodes job opportunities.

“In the past two years alone, more than $160 billion of potential major resources and energy projects have failed to proceed.

“By extending the new ABCC’s jurisdiction to offshore resource construction, Australia has sent a signal to the international investment community that we are open for business and want their job-creating capital to come to this country, not our competitors’.”

The CFMEU, however, described the passing of the bill as a backdoor deal that sold out the civil and industrial rights of more than 1 million workers.

He said the union would continue its industrial action on building sites, saying it would not stop standing up for its members by fighting for safety and bargaining for better conditions.

““We will also continue to fight for an end to bad and discriminatory laws that favours the interests of big property developers and multinational construction companies over the interests of ordinary working Australians,” Mr Noonan said.

“These are bad laws and that’s why it has taken the government three years to pass them.”