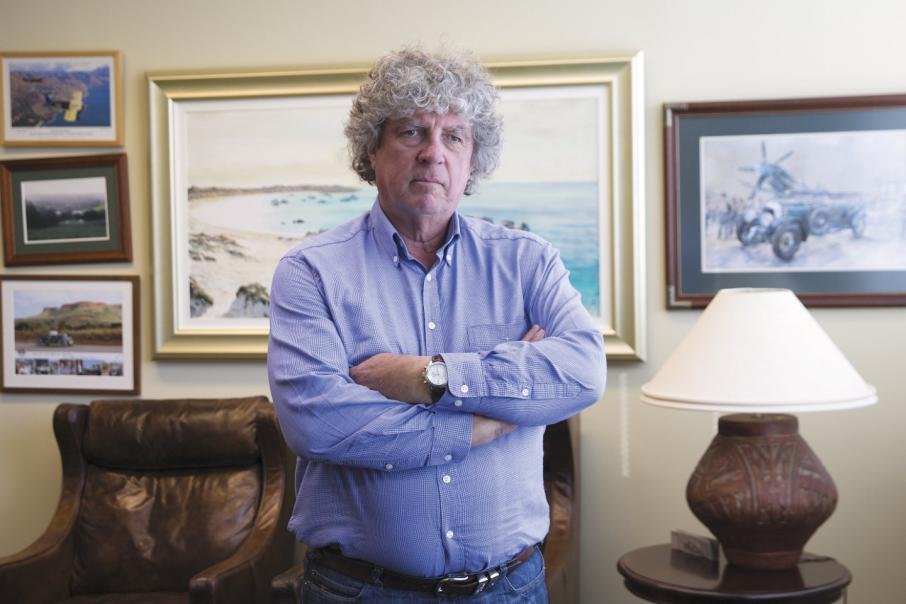 Ask anyone who has spent much time in Perth what houses should be made of and the answer would most likely be ‘double brick’.

While that would come as no surprise to anyone who has ever driven around the city’s suburbs, intense competition in the building industry has resulted in the introduction of alternate construction techniques and smaller, more flexible housing designs to cater for the next generation of homebuyers.

“It’s been sort of an old-fashioned, bricks and mortar, for want of a better term, type of industry,’ Mr Walter told Business News.

“But if you look at all the disturbances going on in all the other industries, we’re not immune to it.

“All of us are looking at that sort of stuff and the technology involved in doing it.”

Mr Walter said steel-frame construction, a popular method of house building in the eastern states and most international cities, had significant advantages, not the least of which was cost reductions stemming from a much quicker build time.

However, Mr Walter said it wasn’t just homebuyers looking for a cost saving, with land developers closely working with builders on new techniques to deal with site constraints.

“There is a fair bit of interaction between the players, and the biggest thing that’s coming out of that is movement back into lightweight construction framing,” he said.

“We’re running out of sand to build houses, let alone to build on it, and many developers are moving into more borderline site conditions.

“To continue doing masonry structures is quite expensive, so by going to framing you keep your thermal qualities and all the rest of it.”

Summit Homes Group has been one of the leaders in the adoption of steel-frame construction in Perth, with its Myaree fabrication facility manufacturing whole houses, extra rooms, granny flats and upper-storey additions.

“For us, alternative building and construction materials are the main focus.

“We are well positioned because of the amount of time and effort and research we’ve done to deliver clients either form of home.

“We’re offering our clients that choice, they can decide what form they want and we can use the technology that we have in our homes, our warehouse or our R&D team can come up with some solutions for them.”

“Learnings and R&D from our home improvements and projects division, we all get together and brainstorm that and use it in a conventional home,” he said.

“We learn things all the time, and vice versa, there are things we learn in different sectors of the building industry that we can transform into innovation into existing new homes.”

“I think the next innovation is going to come in product type, rather than building technique,” he said.

“We were all thinking before that you build the same product differently, but we are now thinking that it’s the product that will drive the technique.

“There is no silver bullet, that’s not going to save the industry, but it is a developing trend.”

Mr Ryan said BGC was working closely with the Department of Housing to come up with a new type of maisonette house with movable internal walls, which could be adapted to suit the life stage of its occupants.

“We’re really seeing a growth in maisonettes, not from first homebuyers but from retirees and empty nesters,” he said.

“We’re pretty excited about that – this is the whole notion where you can get four homes on a standard residential block.

“It’s a bit like in Europe, in places like Germany, France or Spain, you’ll see houses built at two levels and they’ll leave steel rods coming out the top for when the next generation comes.

“Mum and dad on the bottom, kids in the middle, and the top one will be built for the grandkids.

“It makes a lot of sense – that concept could kick off here.”

However, Mr Ryan said the biggest benefit for homebuyers was the commitment by builders to more speculative builds, known in the industry as built form, offering potential purchasers the opportunity to buy ready-made homes.

“We’ve been driving built form for a long time because it’s a driver towards affordable housing,” he said.

“People can get into a house quicker with built form options and when we have (energy efficiency) constraints, covenants from land developers and all these other things, you can really drive the costs up.

“It really wouldn’t surprise me if there are a lot more spec homes being built – I reckon that’s really going to take off.”

ABN Group managing director Dale Alcock said one of the rare positive elements of the current housing market in Perth was interest in medium density-type developments.

Mr Alcock said the Dale Alcock Developments arm of ABN Group had been increasingly busy during the past 12 months, indicating a change in buyer sentiment away from large houses in far-flung suburbs.

“What that signals to me is that medium density, not specifically talking apartments, around inner suburbs is moving reasonably well,” Mr Alcock told Business News.

“What that does is talks to a very local market; the purchasers of those units will tend to come within a five-kilometre radius around them.

“They are areas that generally don’t have a lot of supply of new product, and when something comes up that’s new and fresh and appealing, it’s resonating with a potential market there.”

Mr Walter agreed that there was a big change occurring in buyer preferences, with the most notable being the concept of ‘McMansions’, which was now dead and buried.

While he acknowledged part of the shift away from large houses to smaller dwellings was due to land developers rolling out a wider range of block sizes, he said buyers were showing more sensibility when purchasing a home.

“They’re really thinking about what they can afford and what is realistically a place to live in,” Mr Walter said.

“People are now going back to one living area, no formals, and possibly a kid’s nook.

“So your main living area is now a family living area, and the noise gets separated, versus when we went to a formal lounge, a family room and a TV room to boot.

“There’s some sensibility going back to having just one main living area.”