Universities are rethinking the role property has to play in attracting and engaging students. 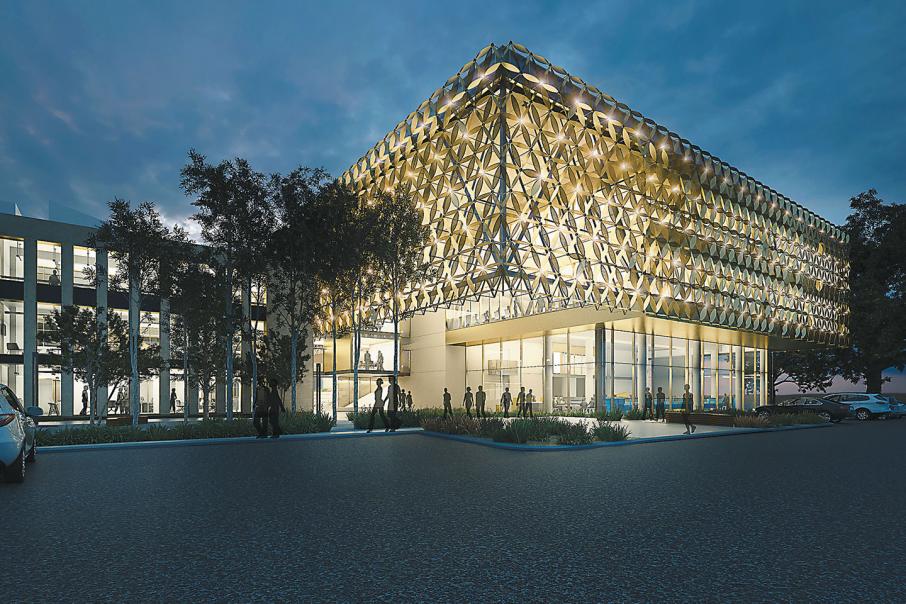 Universities are rethinking the role property has to play in attracting and engaging students.

The growing intrusion of the digital economy has affected the business models of a range of industries worldwide, and the tertiary education sector has not been immune.

Greater online delivery of learning content has prompted new providers to enter the space, many without the need for a physical campus – all a student needs is a laptop, tablet or phone and an internet connection.

So will bricks and mortar learning and teaching spaces have a role to play in the future delivery of tertiary education?

Two of the state’s leading universities are wagering the answer is yes, considering the millions of dollars worth of campus development projects they have in the pipeline.

From upgrades to existing facilities and academic buildings, to the creation of new multi-level mixed-use activity and research centres and student accommodation, the University of Western Australia and Curtin University have big plans for their property portfolios.

Speaking at a recent Property Council of Australia event, Curtin University director of properties, facilities and development, Tim Urquhart, said the institution had recognised the need to evolve campuses to be much more than an assortment of lecture theatres, classrooms and libraries, and this was what had underpinned its expansion plans.

“Clearly the internet has changed everything and the digital age has impacted universities globally,” Mr Urquhart said.

“Only recently, Harvard Business School estimated that half of universities globally would either amalgamate or close over the next decade, so global competition in this space is absolutely fierce.

“Our campuses need to embrace technology and provide adaptable state-of-the-art facilities, whilst creating opportunities for human interaction so that experiences can’t be replicated online.”

He said these were some of the issues Curtin was responding to when it created the Greater Curtin Master Plan four years ago.

The plan will transform 114 hectares in Bentley into what Mr Urquhart said would be a world-class, collaborative, innovative precinct where education, research and business would co-locate.

The project is part of Curtin’s campus strategy to create a vibrant mixed-use hub that, as it claims in its advertising material, ‘shifts away from the typical university campus paradigm’.

“It’s not just about recognising a master plan as a collection of buildings; it’s about creating an urban environment that embraces all the things that make great places where people actually want to be and spend time,” Mr Urquhart said.

“And it’s worthwhile reflecting on industry’s involvement, because they are demanding integration with what universities do.

“They’re seeking to play a far greater role in research, training and partnerships so they’re gaining up-front competitive and commercial advantages, access to the best talent that’s available coming out of the sector.”

Mr Urquhart said Curtin had a capital works pipeline where it spent $100 million a year on average for new builds, refurbishments and the like.

Its latest project, the $500 million Greater Curtin stage one development will deliver 2,000 student beds, from typical student lodging through to apartment-style living and short-stay accommodation for staff and visitors. Stage one will also include new academic and research facilities, retail and recreation precincts and commercial spaces for industry partners, startups and incubators.

The development supports the WA Planning Commission’s Directions 2031 strategy, which aims to revitalise the region as a specialist activity centre.

It recently awarded a $15 million construction contract to Cooper & Oxley for its new bus interchange facility, also part of stage one, which is expected to be complete by mid-2018 and will deliver an estimated 20,000 people movements per day in and out of the university.

Mr Urquhart said the majority of the investment for the project would be funded by the private sector, with the university currently in the final stages of considering proposals from two bidding consortia, with plans to appoint one of those as ‘preferred’ status by the end of the year.

“What we put to the market and the complexity of that transaction is beyond what any other Australian university has undertaken, it’s transformational for achieving our vision,” he said.

“We’re looking to attract businesses that are aligned with our vision to constantly innovate, but importantly produce tangible commercial and community benefits.”

Mr Urquhart said Cisco was one organisation that was already co-located on campus.

UWA has adopted a similar co-location vision for its latest and future projects, which join a portfolio of 530 properties spread across 40 locations with an asset value replacement of around $2.2 billion.

UWA’s new $62 million, six-storey Indian Ocean Marine Research Centre, designed by Ferguson Architects and built by BGC construction, was formally opened earlier this month and was jointly funded by the Australian Institute of Marine Science, CSIRO, the WA Department of Primary Industries and Regional Development (Fisheries) and the federal government.

Investment of up to $600 million is planned for E-Zone over the next 20 years, with Woodside and BHP contributing $10 million and $12 million respectively towards the infill development.

Design works were undertaken by HASSELL, and last month UWA lodged a development application with the City of Perth following the approval of the project’s schematic design in February.

It’s expected contracts for the project will be issued in the coming weeks, with work to start on the four-storey development’s $80 million first stage soon after. Project completion is expected for semester one 2020.

Mr Webster said E-Zone was addressing one of UWA’s main challenges – revitalising old buildings, some built more than a century ago.

“It’s fair to say that this current configuration of the campus is not where it needs to be for the kind of contemporary institution the university wants to become,” he said.

A focus on being a 21st century campus, by bridging the digital and physical world, was one objective Mr Webster said had already influenced its campus master planning.

UWA recently completed a revitalisation of the ground floor of Reid Library, which now boasts a mixture of open and private study spaces and a new cafe.

“It’s hard to find a book now on the ground floor, it’s mainly wired spaces and you can take your coffee and food in there,” Mr Webster said.

“There’s a level one plan under way; this will start to embed virtual reality, artificial intelligence and high-simulation activities.

“The sorts of developments I anticipate seeing in the next five to 10 years are much more around intensively wired and interactive spaces rather than the lecture, lab, tute spaces of the past.”

He said factors such as the decline in preference for lectures, fewer students on campus as a result of an uptake in part-time study options, and more students seeking industry and community engagement options, had also characterised future builds.

UWA’s School of Indigenous Studies, work on which is expected to start in 2018, will integrate student studies with Aboriginal health agencies.

The university is also refurbishing its Masonic Hall property on Broadway to become an innovation hub of co-working spaces for graduate enterprises.

“University practice has to be considerably different and there’s nothing to stop us co-locating with industry out in the field; things like business schools in the CBD,” Mr Webster said.

The Central Queensland University already has a footing in Perth’s CBD, following its move into a vacant office space on William Street in February.

In addition, 1,700 student accommodation beds are planned for the CBD, according to former UWA senior executive Gaye McMath, who said the location, as much as an institution’s academic rankings, attracted international students.

Ms McMath said the promotion of Perth as a destination for international students needed to be on the same level as overtures to recreational and business tourists.

Mr Webster said UWA’s new $16 million Forrest Hall accommodation on the banks of Matilda Bay, funded by Andrew Forrest’s Minderoo Foundation and due for completion next January, was designed to attract the world’s best academic talent.

“What is the role of property in the value proposition that people will pay for in education?” he said.

“It will be much cleverer, highly intensive property developments that give Perth the opportunity to be materially different.

“The way it can develop its property holdings to emphasise that will be quite critical to us as an international education destination.”