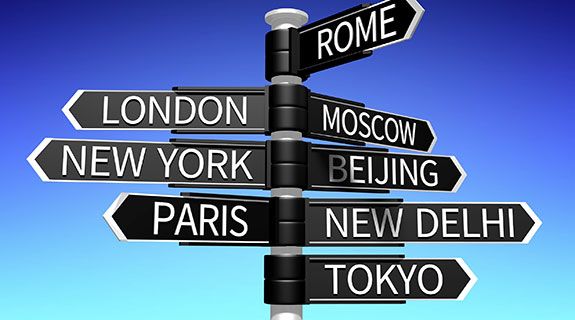 A mutual love of cricket and hockey, plus the use of English as a common language, has traditionally drawn Australia and India together, but never in business.

The latest flow of deals announced by companies such as Woodside Petroleum and Rio Tinto offers the hope of a change to this dynamic, though past business failures indicate that major change is unlikely – which is more than a pity, it's a spectacular missed opportunity.

Both countries would profit enormously if, and that's very big if, Australia and India could find a way to develop an open and mutually beneficial way of doing business.

Like China of 20 years ago, there is demand in India for much of what Australia produces – from minerals and metals to food and fibre.

Australia, in turn, could benefit by using India's skills in information technology and the advantage offered by its vast (bigger than China's) workforce.

The problem, and it's a classic elephant-in-the-room problem polite people do not discuss, is corruption; and while Australia has its problems with corrupt businessmen (Alan Bond and Laurie Connell spring to mind), the Indian corruption problem runs far deeper, penetrating every layer of business and government.

The latest high-powered delegation to India, led by Australia's trade minister, Andrew Robb, appears to have enjoyed some success in drawing Australian and Indian business closer together.

The Woodside gas-marketing deal announced with India's Adani group was one of the highlights of that visit. Rio Tinto's plans to develop a diamond mine in India was another.

In both cases, however, there are reasons to doubt that much will ever happen – apart from an exchange of compliments and promises to try hard. It's a bit like two businessmen saying they must 'do lunch' one day, with neither actually believing it will happen.

The lure of India as a country to pick up where China is leaving off is strong, and the theory behind the latest trade mission and the recent visit by the new Indian prime minister, Narendra Modi, has built an expectation that business relations are about to get better.

What no-one at government or senior business level has said is that they can hardly get worse, which is something that needs to be said before a fresh start can be made; because acknowledging past mistakes is important, albeit difficult in Indian society.

In Perth, however, optimistic government comments about new trade deals with India sit oddly with the biggest Indian eyesore in Western Australia, and fresh demands that it be demolished.

The 'Taj on Swan' monstrosity in Peppermint Grove is a lasting monument to Indian business interest in Australia. Designed by Pankaj and Radhika Oswal to be the grandest home in Perth, it is now a derelict construction site and constant reminder to the failed Oswal fertiliser business.

Lanco Infratech's ownership of Griffin Coal is another example of Indian business struggling to survive in Australia, as is the Nifty copper mine of Aditya Birla, while on the other side of the country the GVK and Adani groups are making heavy weather of plans to build two of the world's biggest coal mines.

The story of clashing business cultures cuts the other way, with many Australian companies failing to succeed in India because of an inability to work with local conditions.

This time, perhaps, Woodside and Rio Tinto will find a way to succeed where others have failed.

It would, however, be unwise to hold your breath in the hope that much has changed under Prime Minister Modi, because while he is undoubtedly a man with good intentions he has a long road to travel, and roads need to be paved with more than good intentions.

Also on the theme of the elephant in the room, there is a business suffering far more than oil and gas from the steep falls in the price of both commodities – alternative and renewable energy.

Finding a viable replacement for fossil fuels is a dream shared by environmentalists and some investors, who have ploughed emotional and financial capital into wind, solar, geothermal and biofuels projects.

A key to the belief that alternative energy would one day replace oil, coal and gas is that those traditional sources of power are polluting and based on a finite resource which must, over time, become more expensive as reserves run out.

However technology and the power of the free market are making mincemeat of the business case for alternative and renewable energy, with its true believers forced to fall back on their 'less-polluting' claims, which are undeniably correct.

But when it comes to paying for energy, most people will vote with their wallets and buy the cheaper offering, a point also true of governments, which are being asked for ever-bigger subsidies to support the alternative energy industry.

If 2015 is going to be a tough year for oil and gas companies, it could be a total wipeout for alternative energy companies.

Not only has government assistance been severely curtailed (because most governments are running out of money to support pet schemes), cheap oil has raised the entry cost for competition.

Another interesting development in 2015 is the potential for a revolution, or palace coup, at Australia's two biggest resources companies.

Rio Tinto has facing the prospect of a takeover proposal from archrival Glencore, a deal that will probably be couched as a merger-of-equals (though whatever the name, it will pit the skills and investor appeal to the differing management teams against each other).

BHP Billiton is facing the prospect of a hard sell with its plans to spin-off a bundle of assets it regards a surplus to requirements, despite some of those assets having greater appeal in the current commodities market compared with the coal, oil and iron ore which will be kept.

If you listen carefully you can hear the public relations machines in both companies being reset to rapid spin, but if the marketing hype fails then there will be a loud call from institutional investors for change.