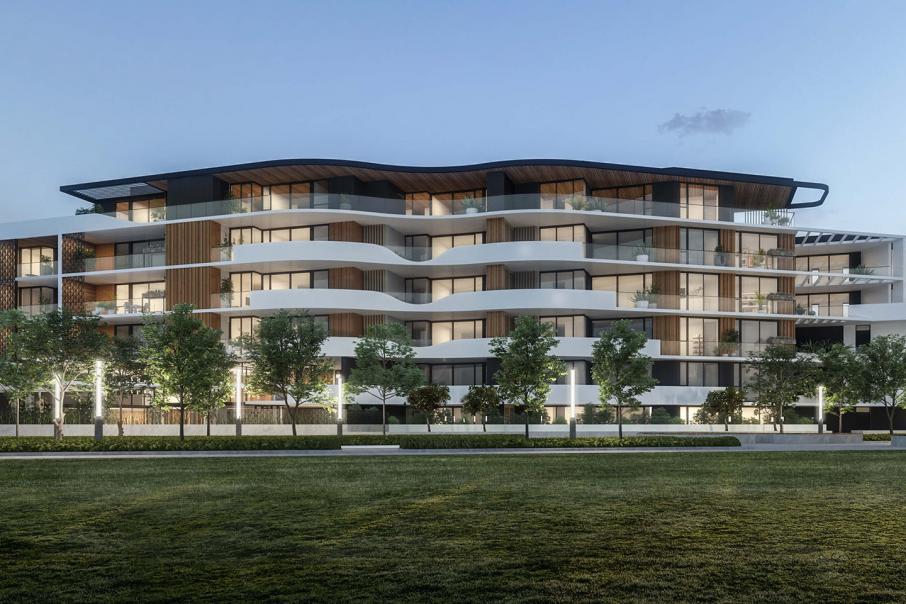 EMCO Building will construct The Treehouse on behalf of Stirling Capital.

Stirling Capital marketing and sales director Daniel-Paul Fillipi told Business News the building start was an important milestone for the project, which has been 50 per cent pre-sold prior to construction beginning.

Mr Fillipi said the development was the first in a two-stage project for Stirling Capital at the precinct, which the company has targeted towards western suburbs downsizers.

“We took the position to go for a high-specification, high-quality project rather than the more traditional ‘cheap and cheerful’ that’s been seen around Wembley and Jolimont in past eras,” he said.

Stirling Capital has appointed EMCO Building to carry out the works.

Mr Fillipi said around half of the apartments at the project had been sold, predominantly to downsizers already local to the Jolimont area.

“The demand is there but they want to see it under construction,” he said.

“We think we are going to get a lot of sales now.

“A lot of potential buyers have said they love it, but until they see it under construction they aren’t willing to put their homes on the market.

“They’re a slightly older, more conservative buyer group, so getting under construction was important.”

Mr Fillipi said Stirling Capital was able to get a good proportion of buyers over the line by demonstrating its track record of delivery, particularly in regards to its partnership with architecture firm MJA Studio.

“Our relationship with MJA shows a lot of stability, and the biggest problem for buyers at the moment is trust in developer and in delivery,” Mr Fillipi said.

“We are able to show that we can deliver what we promise and that’s big in the market at the moment.”