The state government has committed an additional $30 million to its Building Bonus program, but is yet to respond to industry calls for extending delivery timeframes. 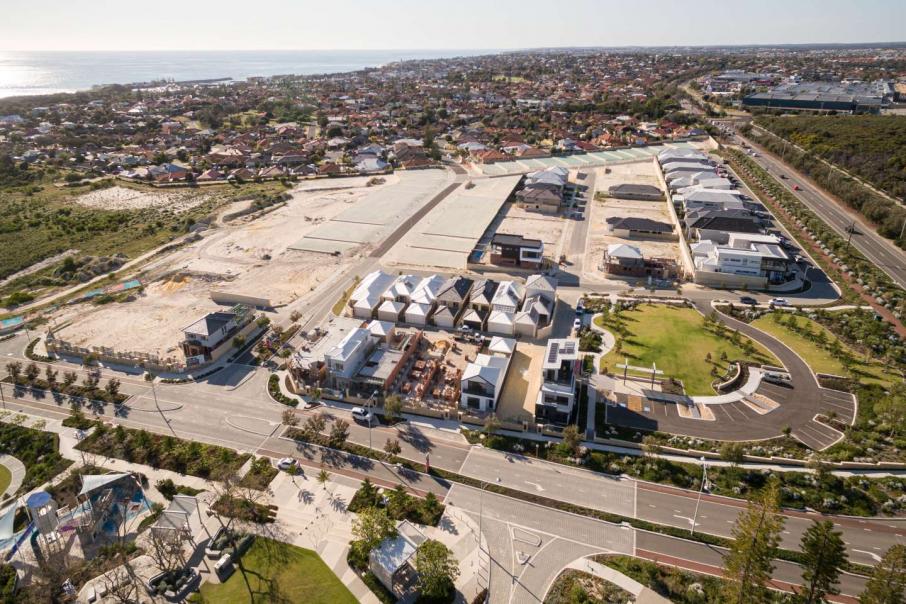 The state government said it had so far received 283 applications for the $20,000 grant Photo: Gabriel Oliveira

The state government has committed an additional $30 million to its Building Bonus program, but is yet to respond to industry calls for extending delivery timeframes.

The new COVID-19 Industry Support Fund was unveiled today, with the first initiative under the fund to include a $30 million boost to its existing Building Bonus program.

The Building Bonus program was part of the state government’s $2.7 billion investment in immediate COVID-19 stimulus and relief measures, part of the $5.5 billion WA Recovery Plan.

Grants of $20,000 are available to any home buyer who wishes to build a new house or purchase a new property in a single-tier development (such as a townhouse) prior to completion of construction.

So far, the state government said it had received 283 applications for the $20,000 grant, with 96 applications already approved and about $1.92 million in grants paid out to date.

The additional $30 million will go towards an increase in demand for the Building Bonus after the state government expanded the conditional criteria in July; initially eligibility requirements specified a slab to be put down within six months of a contract, which was subsequently changed for the commencement of construction component to include significant earthworks.

The state government said the hard border and strong response to the COVID-19 pandemic had meant WA’s economy was recovering better than expected and demand for some of the relief programs announced earlier this year had been lower than was anticipated at the height of the pandemic.

As a result, funding from some relief measures had been repurposed into a new COVID-19 Industry Support Fund to provide additional support and stimulus in areas deemed most needed.

Following the introduction of the grants, land sales increased significantly, peaking at around 500 sales per week toward the end of June - up from the historical average of around 60 per week.

“In the early days of this pandemic, Treasury forecasts were predicting a far worse impact on the economy than has been experienced,” Treasurer Ben Wyatt said.

“For measures which have not had the uptake originally anticipated, we are repurposing the money through the COVID-19 Industry Support Fund to provide further stimulus and relief where it is needed most.

“By monitoring sectors of our economy over the coming months we will be able to provide further targeted relief and stimulus for those that need it most.”

The Urban Development Institute of Australia WA said it welcomed the boost but that there was still a need to extend the delivery timeframes to ensure quality and safety were not compromised in delivering the final product.

UDIA WA chief executive Tanya Steinbeck said since the announcement of the state and federal housing stimulus measures, there had been record land sales – during the June 2020 quarter, Perth achieved 3,322 new lot sales, which was the most land sales the institute had ever recorded since it began its survey in 1990.

Ms Steinbeck said the spike in land sales was preceded by a sustained period of low market activity meaning land developers had to deliver titled land to the market at record speed to meet the deadline set by the grants.

At a UDIA WA luncheon last week, Planning Minister Rita Saffioti said there were still about 4,500 lots needed to be titled before the December 31 cut off, which was more than Landgate would typically do in year.

Ms Saffioti told event attendees that the calls for extending the timeline were being considered and it was a matter the state government was taking seriously and watching closely.

Ms Steinbeck said while the heightened activity had been a fantastic outcome for jobs and the economy, an increase to delivery timeframes would enable industry to continue to deliver high quality product more sustainably.

“Last week, UDIA called for an extension of the timeframe required for the full building contract process to be finalised and we are repeating that call today,” Ms Steinbeck said.

“We would like to see an extension for the full building process to be finalised. This includes title issue, valuations and formal finance approval by 30 June 2021, with building commencement within a further six months.”

“The home building industry has just been through a long slump and the sudden surge of work creates the risk of labour shortages,” he said.

“We hope tradespeople will return to the industry but the closed WA borders are stopping interstate workers from coming in so it will be difficult to increase capacity quickly.

“High demand has also made titled land scarce. Arranging new titles, preparing land for building, council authorisation and finance approvals all take time. Easing the pressure will give us the best benefits from the Building Bonus.”