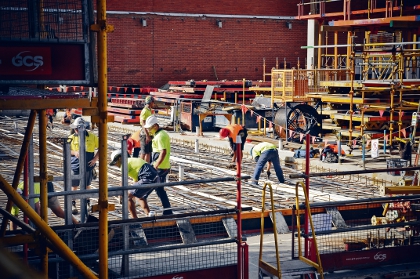 More than $300 million in residential building projects have been delayed by the introduction of new legislation covering Western Australia’s building industry, a peak industry group says.

The Urban Development Institute of Australia said the total value of residential projects approved in WA averaged $502 million per month in 2011, but in April and May, only $274.2 million and $388.3 million, respectively, of projects went through the approvals system.

The state government introduced its new Building Act at the beginning of April.

The move has come under fire from all sections of the building and construction industry, with the Master Builders Association and Housing Industry Association vocal opponents of the new regime.

UDIA WA chief executive Debra Goostrey said the project delays came at a time when all signs were indicating that the residential development sector was strengthening.

Ms Goostrey pointed to finance figures released today by the Australian Bureau of Statistics, which showed loan commitments for owner-occupiers increased by 5.5 per cent in May, reaching their highest level since February 2010.

“The financial commitments are strong but this is not reflected in the approvals,” Ms Goostrey said.

“The industry is working with the government to address the issues in the Building Act, but today’s data reinforces the urgency of getting a resolution.”

Ms Goostrey said UDIA research showed the number of residential dwellings approved in WA should be trending upwards, on the back of increased vacant land sales activity in the December and March quarters.

The UDIA’s lots sold index, which measures sales volumes of Perth’s 30 largest land developers, increased 25.4 per cent in the March quarter, following a 36.7 per cent spike in the December quarter.

“With one of the tightest rental markets in the country and the fastest growing population, the legislation needs to be amended soon.”