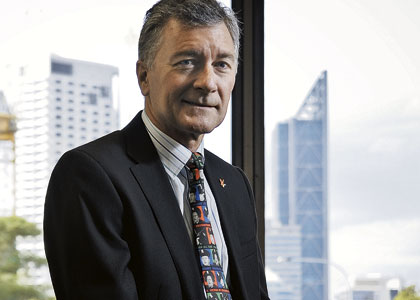 MAJOR CHANGE: MBA WA’s Michael McLean said the downturn in building approvals is partly due to a lack of preparation by the state’s building industry regarding new regulations. Photo: Grant Currall

WESTERN Australia’s building industry is scrambling to adjust to new laws regulating the sector, holding crisis meetings with state and local government representatives this week to attempt to halt an alarming slide in building approvals.

Industry and local government groups say key stakeholders have questioned not only the implementation of WA’s new Building Act, but also the fundamentals behind the legislation, in the wake of a near halving of building approvals in the state in April, as reported by the ABS.

A working group comprising representatives from the Housing Industry Association, Master Builders Association and Institute of Building Surveyors will meet with the Western Australian Local Government Association and the WA Building Commission this week, to discuss what can be done to arrest the slide.

Master Builders Association WA executive director Michael McLean told WA Business News no one group was to blame for the drop, but a lack of preparation from some builders, and inconsistencies from local governments in assessing applications had had negative effects.

A key plank of the new act is the introduction of private certification for building approvals, a change which was designed to reduce waiting times from up to 25 days to 10 days.

“There have certainly been teething problems since the scheme commenced, but the problems or delays in the building approvals process go beyond that,” Mr McLean said.

“Local governments are being ultra-cautious, in many cases, in terms of the steps that they are taking in the approvals process.

“And because this is all new and because of the responsibilities attached, they are not able to expedite the process.

Housing Industry Association WA regional director John Dastlik agreed that a disparity in interpretation of the new laws was slowing down the approvals system.

“Sales are increasing and building approvals had been increasing, so it is not a drop in marketplace activity at all, it is problems with implementation and operation of the act itself,” Mr Dastlik said.

“It is a major change for both local governments and industry. And everybody needs to be on the same page in trying to repair the damage and fix the problem so that we can start to pump out some building permits.”

Mr Pickard said WALGA had met with the Building Commission earlier this week to address consistency issues with the legislation, and were informed a number of changes would be introduced swiftly, including additional advice notes, checklists and future training.

“The Commission advised that it is working on advice notes to accompany all forms and certificates that have been created, which should lessen the scope for interpretation or further clarification on the part of both local governments and individual applicants,” Mr Pickard said.

“Timely and ongoing communication with the sector and industry stakeholders on this documentation, along with further training for all involved should help to clarify the intent of the legislation and lessen the confusion currently being experienced.”