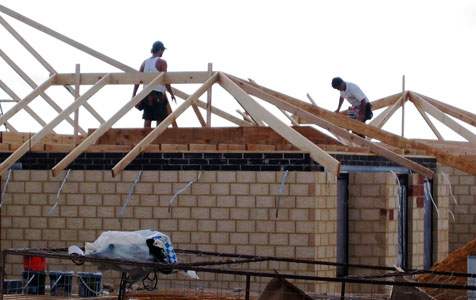 The state government’s latest round of approvals reforms has been hailed by the housing construction industry as a game-changer for affordability and another step towards the ultimate goal of private certification for planning and building.

Reforms announced today include the state government’s new ‘Instant Start’ initiative, which will allow builders to start work when an application is lodged, while removing the requirement for homeowners to seek planning approval for R-code compliant renovations and extensions has also been proposed.

Commerce Minister Michael Mischin said the Instant Start initiative was designed to reduce the delay in starting works which had been independently verified to be compliant with planning and building requirements.

Under current regulations, builders have to wait at least 10 days for a building application to be processed by local governments.

The initiative, which will initially apply only to single residential buildings, will allow registered builders to begin work once a certified permit application is lodged, rather than having to wait for it to be processed.

Mr Mischin said the reforms, which apply to new housing construction and renovations, would be in place in around six months’ time.

“This will reduce variations in requirements between local governments and remove the current manual processing period needed to assess applications for competence and compliance.

He said the changes were a step towards making planning approvals consistent across local governments.

Mr Day also proposed reforms for small to medium businesses, which would no longer need to seek approval to change a property’s permitted use.

“Owners will be able to open the doors to their new business faster,” he said.

Today’s reforms are the latest in a long line of changes announced by the government to reduce red tape and boost housing affordability.

In August, the state government introduced electronic building applications systems and removed the requirement for R-code compliant single homes to go through the planning approvals process.

The government’s first phase of reforms was unveiled in 2009 and included the introduction of development assessment panels for large projects and the coordination of infrastructure planning and supply.

BGC Residential chief executive Kelvin Ryan said today’s round of reforms had the potential to be a significant game-changer for WA building companies.

He said industry had been consulting closely with government for the past 12 months on approvals reform, with the long-running rhetoric being translated into action.

“The reforms are exciting themselves, but it is equally exciting to actually get the government listening and taking action, rather than just saying ‘we’ll look into it’.

“This is just another step down that path.”

Mr Ryan said BGC, which is the nation’s biggest builder of detached housing, was currently experiencing delays of around 24 days on building permit applications that took more than 10 days.

BGC research showed 100 homes the company applied to build took longer than a month to win approval, with the longest case blowing out to 160 days.

In one BGC Division, tehre were more than 500 instances where a council took longer than the 10 day approval period.

“The simple message here is all of these changes are playing right into the time is money principle, and as a result are having an impact on affordability," Mr Ryan said.

Mr Ryan said the end-game of planning reform would be complete private certification for planning and building.

“You can understand why they would be reluctant to jump right there, but all of these steps are giving us increased confidence, step-by-step, that that’s where we’re going to ultimately land,” he said.

“Each of the gains that are achieved through these regulations will translate to more affordable housing outcomes in the future,” she said.

However, the Master Builders Association was more critical in its assessment of the reforms, saying a more pressing issue was the influence of local government planning departments on the approvals process.

“Regrettably, the goal posts keep changing so builders still don’t know what response they will get from some councils when they submit their building applications.

“This issue needs to be addressed urgently for everyone’s benefit.”