Resolving disputes between contractors and subcontractors on government jobs is looming as a key state election issue. 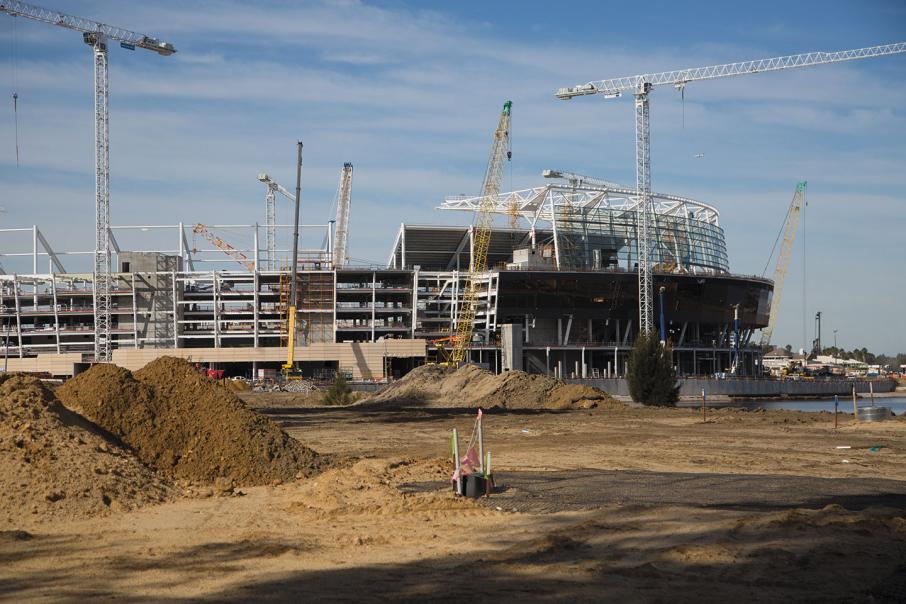 SHOWDOWN: Perth Stadium is one of WA’s highest-profile projects to be embroiled in a contract dispute. Photos: Attila Csaszar

Resolving disputes between contractors and subcontractors on government jobs is looming as a key state election issue.

Construction companies are being urged to embrace new technology and ensure their contracts are watertight to avoid the increasing prevalence of disputes in Western Australia’s building industry.

In recent months, subcontractor pay has become the biggest flashpoint in the state’s construction sector, with some of WA’s largest-ever projects coming under close scrutiny.

Multiple contractors, including the state’s biggest builder, Brookfield Multiplex, and multinational John Holland, have been hit by allegations of non-payment and contract non-compliance at billion-dollar flagship projects, the new Perth Children’s Hospital in Nedlands and Perth Stadium.

A state government-led investigation found John Holland had made all its payments in accordance with the terms and conditions of its contracts at the Children’s Hospital, but not until after claims of non-payment by subcontractors were aired publicly.

At Perth Stadium, allegations of a dispute were reported earlier this year, however Treasurer Mike Nahan said at the time he was comfortable that the WESTADIUM consortium was meeting all of its contractual obligations on the job.

Claims of non-payment are not just hitting builders on government jobs, with smaller contractors also subject to continued scrutiny over contract compliance.

Among those to be affected, Diploma Group has been subject to allegations of non-payment in recent months, and on more than one of its projects, but the builder maintains that it has been meeting its obligations.

Nonetheless, payment disputes are looming as one of the key debating points in the upcoming state election, with both sides of politics putting forward plans to better protect subcontractors, especially on government jobs.

Finance Minister Bill Marmion today announced a package of measures to improve security of payment for subcontractors, including project-specific bank accounts on government projects worth between $1.5 million and $100 million, an initiative which the Labor opposition had been pushing for.

Other initiatives put in place by the government today included reducing payment times to a maximum of 30 business days and increasing the application time for payment disuptes to 90 days.

The state government will also develop a code of conduct for contractors working on government projects.

Chamber of Commerce and Industry of WA chief executive, Deidre Willmott, welcomed the new initiatives, but urged the government to consult closer with industry, to ensure it is not caught up in unneccessary red tape.

The Australian Competition and Consumer Commission has also weighed in on sub-contractor payments recently, warning big builders last month it would launch court action on behalf of subcontractors.

A Senate inquiry report into insolvency into Australia’s construction sector, released late last year, said there was an “unacceptable culture of non-payments of subcontractors for work completed on construction projects”.

However, one contractor, who spoke to Business News on condition of anonymity, said part of the reason for the increase in action was aggrieved firms seeking a resolution through trial by media.

“Everyone is seeing that there is something written about contractors every week in the paper at the moment and they think that the easiest way is to go to the media because they can’t be bothered resolving it with the contractor themselves,” the contractor said.

“They just go to the media, tell one side of the story and not all of the facts.”

He said the WA construction market was flattening out after a once-in-a-lifetime boom driven by oil and gas and mining, prompting subcontractors to tightly review their workbooks.

“The disputes market remains very hot and there is no sign that’s going to reverse,” Mr D’Agostino said.

“This is a global thing and I think with recent events like Brexit, in times of turmoil and times of uncertainty, you get more disputes.

“People are going to be inclined to say ‘well I don’t necessarily see the next two jobs in front of me, so I may have to take a far more stricter view of claims in this project’.” 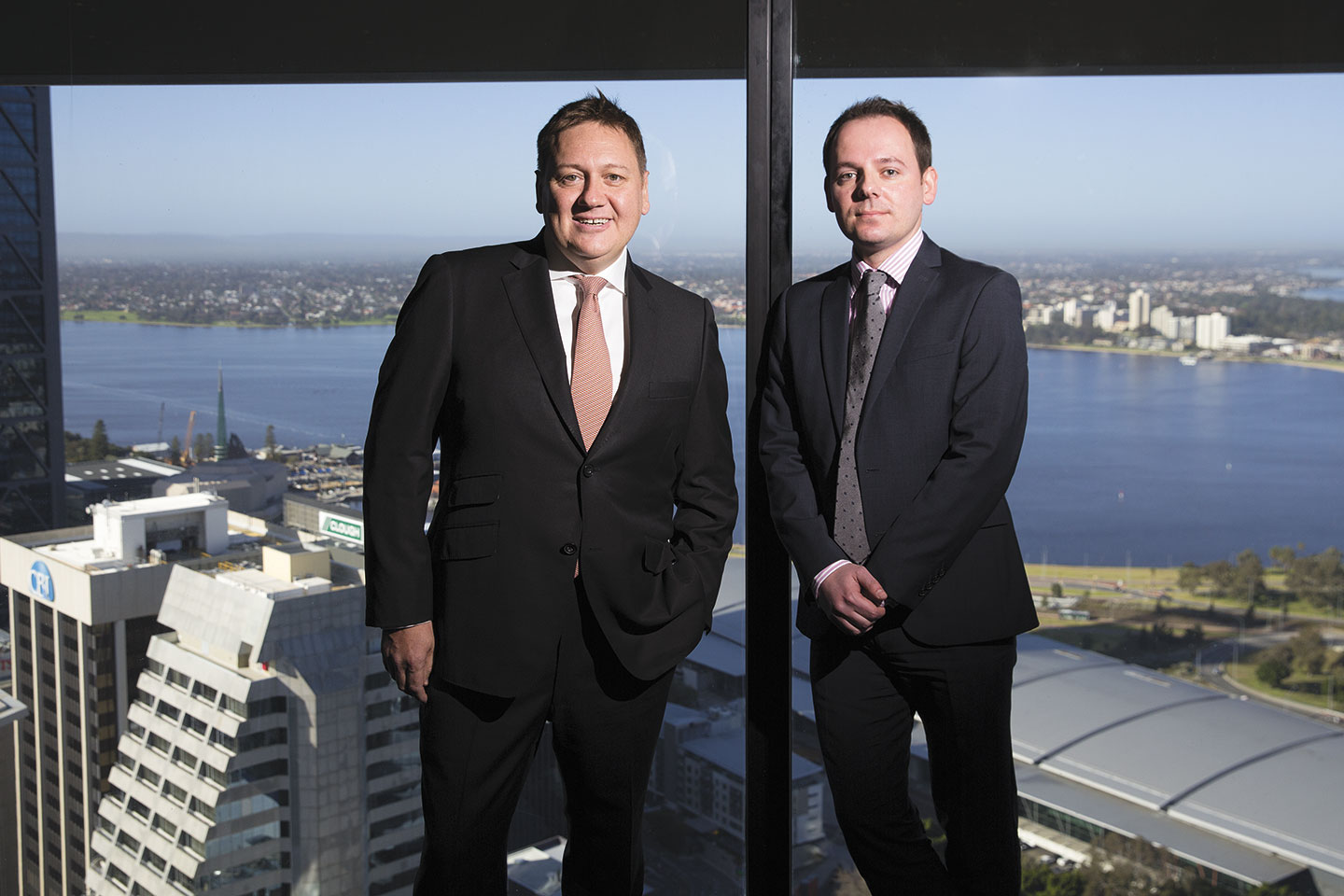 Mr D’Agostino’s colleague, Herbert Smith Freehills partner Ante Golem, said he had noticed an increase of inquiries around calling for security bonds – a strategy seen as defensive in a falling market.

Other common disputes in WA, Mr Golem said, were price or time variations to the original deal, and defect claims.

“Those defect claims are not surprising, when you’ve got massive pieces of infrastructure, some of which may be world first or leading examples of investment, issues arise on their commissioning,” he said.

“Then people say ‘you’ve under-designed or you haven’t commissioned properly’.”

Mr Golem said having strong legal representation across the life of the contract was the best way a contractor, or subcontractor, could avoid a costly dispute.

“All of these construction disputes have a long lifetime; if you have a mega-project of three or four years, and you’re looking at a dispute that starts gaining in significance in the last six to eight months of the contract, those are typically matters that have gotten life along the project at earlier point,” Mr Golem said.

“Having someone in the project team in a legal role really helps to minimise the significance of the dispute towards the tail end of the project.”

He said Monford Group had previously used a significant amount of resources managing payment claims across its projects using Excel spreadsheets, like most contractors.

And while he generally found Australia’s construction industry to be averse to technological change, Mr White said software developed by Progressclaim.com had offered a solution to improve efficiency.

“At the start of the job, you set up your contract and you sign your subcontractors up,” he said.

“Their price that they have bid for the job is loaded on there and what happens is the subcontractor will put his percentage complete against items, then the main contractor will assess it and they’ll basically come to an agreement that way.

“Payment and the records are in there, everything required as part of the payment claim has to be uploaded before the payment can be made.

“That then helps eliminate any future avenues for disputes from either party further along the line.”

Mr White, who is not affiliated with Progressclaim.com, said the service was a minimal cost to builders, coming in at around $30 per month to use the software.

Master Builders Association WA executive director, Michael McLean, said the vast majority of builders did the right thing by their subcontractors, but acknowledged the issue was multi-faceted and difficult to solve.

He said Master Builders would confer with industry and government where possible to find a workable solution to the multi-dimensional problem facing the industry, but that it was important not to simply add more red tape for no tangible benefit.

“While Master Builders understands and appreciates the difficulties faced by the individual subcontractors, if there was a silver bullet that resolved the problem, the building industry would have identified it many years ago and applied it,” Mr McLean said.

“The fact this has not occurred reflects the confounding nature of the problem that can often start with clients demanding unrealistic low bids for their construction projects, which then flows down the contract chain.”

He welcomed indications the state government was keen to explore ways in which it could head off disputes, adding that expectations by some that contracts could be absolutely guaranteed was not realistic in an open market.

Editor's note: A previous version of this article erroneously stated that there was a payment dispute between Civmec and Permacast on the Perth Stadium project. There is no contractual arrangement between the companies, which both contract directly with the WESTADIUM consortium.