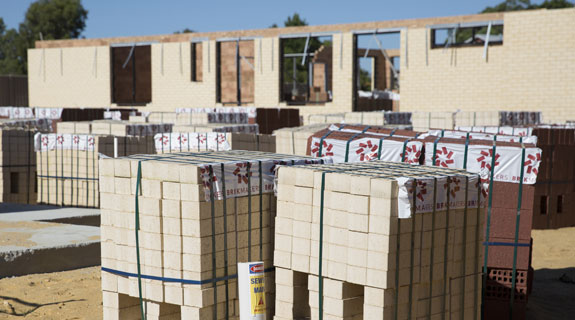 Major players in the residential construction sector say building and plumbing reforms announced today by the state government are simply a cash grab that do not adequately address housing affordability issues.

Commerce Minister Michael Mischin today unveiled a package of reforms designed to reduce red tape and achieve savings, including free online access to the National Construction Code and building and plumbing information, as well as a range of online lodgement processes for building applications, plumbing notices and registration applications.

However, the reforms will be funded by a 0.047 per cent increase in the building services levy, a move which has drawn the ire of the Housing Industry Association.

HIA WA executive director John Gelavis said the increase was well above the consumer price index and did not reflect the cost of delivering the services, which would only result in a negative impact on housing affordability.

Mr Gelavis estimated the government would take in around $3.19 million as a result of the levy increase.

“While the government will argue that in dollar terms this is a minor increase, when piled on top of the never ending list of taxes and charges on new homes, it is another blow to housing affordability in the state,” Mr Gelavis said.

“AS is often the case with housing, it will be another tax on a tax, with stamp duty and GST on top.”

Mr Gelavis said taxes on the construction of a new home in Perth already made up around 41 per cent of the total value, equating to $225,281 out of a typical purchase price for a house and land package valued at $550,000.

“Rather than charge more for granting a building approval, HIA argues that a better place to start would be to speed up the inefficient approvals process and get more houses to market,’ he said.

The chief executive of the state’s largest building company, BGC Residential’s Kelvin Ryan, said he welcomed the efficiency boost the reforms would bring, but said the industry would have a cool response to the increased costs.

Mr Ryan described the changes overall as simply tinkering at the edges.

“A minor increase in the building services levy, while we don’t welcome it, it isn’t going to make or break affordable housing,” Mr Ryan told Business News.

“It’s really about the price of land and things like private certification.

“You address those two issues, and you’re well on your way to addressing affordable housing.”

Mr Ryan said the industry could not afford to get too caught up in protesting a minor cost increase and lose sight of the bigger picture of housing affordability.

“If you think about the last calendar year, we saw some real significant positive steps in the planning domain, but we’ve got to take it to the next level now and address the cost of land,” he said.