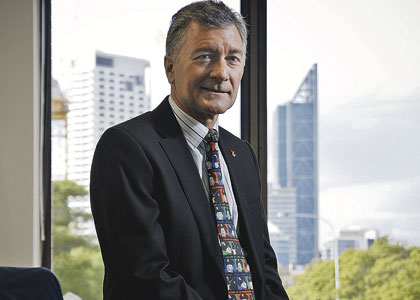 NO SHORTAGE: Michael McLean rebutts the HIA report’s claims of a labour shortage in the homebuilding sector. Photo: Grant Currall

NEW research claiming Western Australian homebuilders are struggling to find skilled workers has been rejected by the Master Builders Association, which says there’s a surplus of tradies looking for work.

Research by the Housing Industry Association found the availability of skilled workers worsened in WA in the quarter to June 2012, despite the subdued residential housing market.

But Master Builders Association of WA director Michael McLean told WA Business News the research contradicted the situation being reported by its members.

“To suggest that there are skills or labour shortages at the moment, I don’t think that’s an accurate description of the current climate,” Mr McLean said.

“A lot of the specialist trades are actually calling the builders for work … during the more buoyant times the builders actually have to advertise a lot more to attract the trades.”

“I think it’s a reflection of the current downturn that the subcontractors are actually a lot more desperate for work and are taking it at lower rates.”

The report claimed WA homebuilders had it tough competing for workers with the resources sector.

“It is conspicuous that WA, despite still experiencing subdued home building activity, remains short of skilled labour,” it reads.

“This finding reflects the trend most acutely felt in the west of skilled workers in non-mining sectors transferring across to mining-related jobs.”

The HIA warned policy makers needed to take action during the current cyclical weakness to grow the skilled worker pool.

“There needs to be focus and investment in skills and training to ensure that the current situation doesn’t flip over down the track to become a labour shortage constraining a residential construction recovery,” it said.

The home building market in WA has weakened since a peak reached in the March 2010 quarter, when construction on 7,300 new homes began. Activity has decreased by more than 47 per cent, with construction on only 3,800 new dwellings beginning construction in the June 2012 quarter.

Mr McLean said builders were finding it difficult to secure home-building contracts but expected the home building market to recover in due course.