THE downturn in Western Australia's property market is continuing to challenge the residential building industry, with housing starts falling across the board and businesses being forced to adapt. 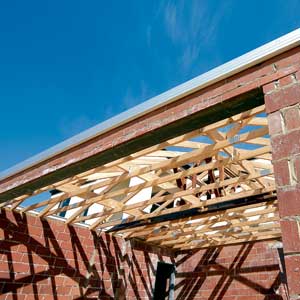 Residential builders in WA experienced a 10 per cent drop in housing starts last financial year, prompting some in the industry to redirect resources

THE downturn in Western Australia's property market is continuing to challenge the residential building industry, with housing starts falling across the board and businesses being forced to adapt.

According to data from the Housing Industry Association, WA housing starts fell by close to 10 per cent in 2007-08, compared with the previous financial year, with 22,371 starts in total.

The state's 20 largest builders fared slightly better than average - down 5 per cent on the previous year to 13,548 starts - with market share improving slightly to reach 60.6 per cent.

It's a trend that has produced some rationalisation within the industry, as companies redirect staff and resources to cater for reduced demand.

Don Russell Homes managing director Craig Russell said the group had been anticipating the downturn for some time and had positioned itself to carry no debt.

"We also sold two of our hotels, which settled in February, to take advantage of high prices, so we're now looking to redeploy those funds into more property development opportunities. At the moment, we're steering away from the commercial sector, because we believe it's got further downward [momentum]," he said.

"We own two shopping centres [in Thornlie and Greenwood], so the natural fit for us at the moment is probably in the retail area."

Other companies, such as Osborne Park-based Gemmill Homes, have diversified to capture a broader market share.

Building manager Jack Pleiter said the company was now targeting the South West market, having set up a display home in Busselton six months ago, with another due to be built in Eton, near Bunbury.

Its first homebuyer arm - Goodlife Homes - has continued to generate more sales than any other division over the past six months.

Mr Pleiter said the company had also begun offering incentives to buyers - including granite bench tops, evaporative air-conditioning and painting - which eroded profit margins and had to be negotiated with suppliers.

He estimated the margin on a typical house had decreased by 3 to 5 per cent.

"We've also had to maintain enough work to keep our sub-contractors going, because we've attracted a loyal base and we don't want them going anywhere else," Mr Pleiter said.

"We've started an apprenticeship scheme, partnering with the HIA, and we'd like to get about 16 to 20 apprentices in the program. It's a way of repaying our subcontractor base."

While the downturn has produced some easing in the cost of trades like bricklaying - Gemmill estimates there has been at least a 10 per cent drop since January - there's yet to be a softening in the finishing trades.

However, JWH Group managing director Julian Walter said there was no longer a lag time in the availability of trades, which had helped reduce overheads along with some natural attrition.

Mr Walter said starts were down by between 10 and 15 per cent across all of the company's divisions, prompting a reshuffle of labour into sectors that had remained strong, such as the first homebuyer market.

However, he said there had been a lot of volatility between sectors.

"The first homebuyer sector was going really well, then it hit the wall [with the suspension of the First Start shared equity scheme]. The middle and upper end of the market was going well until people started getting margin calls [on their share portfolios]," Mr Walter said.

He said the federal government's move to guarantee bank deposits would help to return confidence to the middle and upper tiers of the market.

For the state's second largest builder, Alcock Brown-Neaves Group, the downturn has necessitated a bigger marketing spend, with more emphasis on affordable product.

However, he said there were signs that demand would return, particularly if the Barnett government reintroduces the First Start shared equity scheme.

"I'm not that pessimistic about it, because around the time of the [Beijing] Olympics, we saw some activity and leads pick up," Mr Alcock said.