Mark McGowan has said he would not have done anything differently in stimulating the construction industry, after more businesses failed in recent weeks. 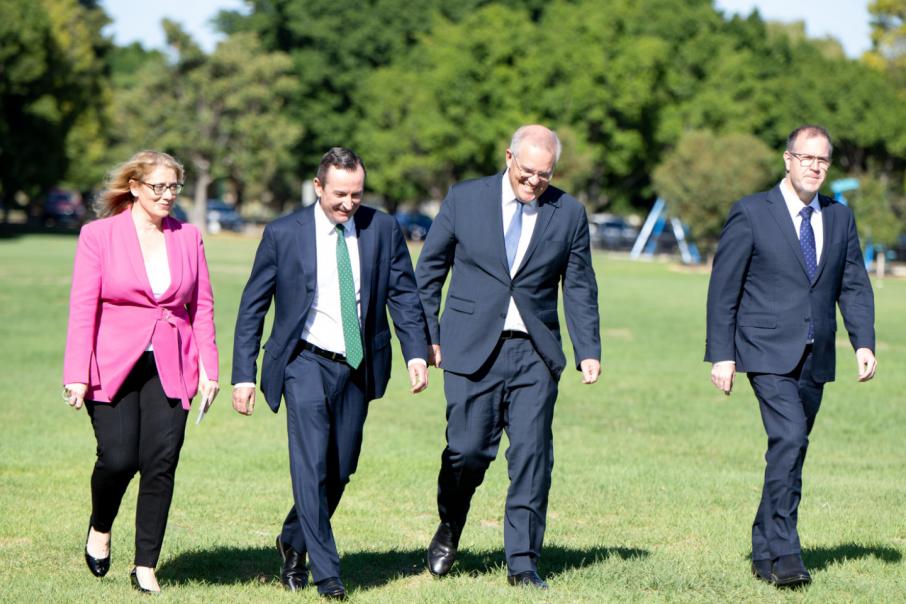 Premier Mark McGowan has said he would not have done anything differently in stimulating the construction industry, after more businesses failed in recent weeks.

Last week, New Sensation Homes entered liquidation with more than 50 building projects in the pipeline, while Home Innovation Builders went under this week.

The state and federal governments kicked in a combined $45,000 of grants in 2020 to support home construction, and the programs were later extended.

Both governments also injected huge cash into infrastructure investment, with Infrastructure Australia warning many projects such as the Byford Rail Extension and Edith Cowan University's CBD Campus had business cases which did not stack up.

Business News reported on the pressures in the construction industry throughout the past year, including the collapses of large businesses Pindan, Jaxon, and most recently, Probuild and WBHO Infrastructure.

Those businesses worked on much bigger projects than the likes of New Sensation Homes, but they highlight the ongoing pressure in the construction sector amid a worker shortage and supply chain issues.

Asked by journalists at a press conference today about the collapses of homebuilding businesses in recent weeks, Mr McGowan said he did not want to talk down the industry.

“The problems are ones of success,” he said.

“They were signed and they don’t have a provision for escalation in cost.”

He said the war in Ukraine, and rising steel prices, were among the factors driving up costs for builders.

Homebuilders and their customers should work together to negotiate contracts, Mr McGowan said.

The government was working with businesses on its infrastructure projects through its alliance contracting method, he said, and had escalation arrangements in place.

"We will continue to... do what we can to make sure that our builders continue to be successful and remain in the state," Mr McGowan said.

He said the government was launching campaigns around Australia and the world to bring in workers, and had passed new laws to enable tradies from interstate to more easily work in WA without red tape issues.

When asked by a journalist if he had regrets about the government’s building stimulus packages in hindsight, he said he did not.

“Display villages were closed, no contracts were being signed,” Mr McGowan said of the period in autumn 2020 when the packages were announced.

“The entire industry which employs 60,000 or 70,000 people (was) in danger of dying, a valley of death in which everyone was sacked and businesses went broke all around the state.

“We got the industry going again.

“We did what we had to do in the circumstances we faced.

In May last year, Mr McGowan expressed surprise following the collapse of Pindan.

“I must say, I find it a bit surprising that this has occurred given the state of the market - it’s so hot,” he said in a press conference at the time.