The hard sell of this year’s federal and state budgets will test the advocacy skills of our leading politicians. 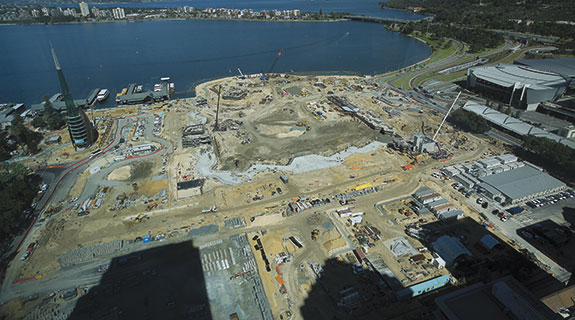 The hard sell of this year’s federal and state budgets will test the advocacy skills of our leading politicians.

Prime Minister Tony Abbott’s pre-budget dash to Perth to announce $500 million in extra funding for Western Australian roads is just the start of a concerted campaign that could well decide his government’s fate next year.

In a sign they have learned some lessons from the political failure of the 2014 budget, Mr Abbott, Treasurer Joe Hockey and senior ministers will embark on a barnstorming tour of the nation to promote the ‘positives’ of the 2015 document in the weeks (and months) after it is handed down.

It will be much the same for Western Australian Treasurer Mike Nahan, with the state budget to be released two days after the federal document. In fact the ability of both governments to promote their economic plans over the next 12 months will be crucial to offset the lack of good economic news.

Last year’s federal budget failed on two counts – the equity test and the necessary horse-trading to get some measures through a hostile Senate. A repeat of that performance will make Mr Abbott’s prospects for a second term very dim indeed.

Dr Nahan must respond to the challenge of dampening voters’ expectations when $3.6 billion is sucked out of the WA economy, courtesy of the Commonwealth Grants Commission, and distributed as national welfare to other states.

The promise of a federal grant will ease the pain for WA voters, but it’s only a short-term measure at best.

Both budgets will be heavily in deficit, reflecting the slower economic activity and the failure of the various taxes and charges to keep pace with a seemingly insatiable demand for spending.

In the absence of much-needed reform towards a broader based GST and the easing of company and personal income tax rates, plus a more concerted assault on tax avoidance, Mr Hockey’s priority must be to better identify federal initiatives.

Middle class welfare is an obvious target. No-one likes having their benefits cut, but the federal government really has no option. Even if middle to high income earners lose some publicly funded perks – which they won’t really miss – will they really switch their support to Labor or the Greens?

On the other hand, Dr Nahan will have the ratings agencies as well as the voters watching over his shoulder as he delivers his budget. His dilemma is that the state’s economy, if considered in isolation, is relatively sound. Sure, the mining and resources sector has taken a hit, but other areas such as housing and construction – which used to be good economic barometers – are still ticking over.

Household taxes and charges are tipped to rise slightly in excess of the consumer price index, but small business will get some relief with an increase in the threshold to qualify for payroll tax.

A more aggressive approach to asset sales would go down well with the ratings agencies; but there is only one Dampier to Bunbury gas pipeline, which returned $2.4 billion for Richard Court’s government in 1998.

Cuts in concessions for seniors have been the subject of media speculation. If correct, ministers will have to explain why older voters have been singled out. That will be a challenge.

All governments try and manage the selling of budget initiatives. That’s why Mr Abbott had no hesitation announcing $840 million in pre-school funding nine days before Mr Hockey’s speech.

The real test for both governments will be convincing voters they have the economy on the right track. That’s where their collective advocacy skills will be put to the test.

THE Liberal Party is marking the 70th anniversary of the election to parliament of the record-term premier, Sir David Brand, with a series of lectures and the launch of a book chronicling the party’s history in WA.

A former soldier and Dongara shopkeeper, Sir David won the by-election for Greenough in 1945 following the disappearance of Labor member John Newton, whose RAAF plane crashed while on a mission over Europe. Sir David became the first Liberal elected in Australia after the party’s formation with the merging of the conservative forces.

As works minister in 1952, he was instrumental, along with senior public servant Russell Dumas, in securing the Anglo-Iranian Oil Company’s new refinery for Kwinana. He said this was one of his greatest achievements.

He led the coalition into government in 1959 and, with his industrial development minister Charles Court (also later knighted), successfully lobbied the federal government to remove the iron ore export embargo, which transformed the Pilbara.

Sir David presided over the first iron ore boom from 1959 to 1971, when Labor’s John Tonkin won power with a one-seat majority. He retired from politics in 1975, and died four years later aged 66.

Liberal researcher Jeremy Buxton’s book on the party’s history in WA will be launched in October.