The state government has revised its budget deficit for the current financial year to a record $2.6 billion but insists the budget outlook has improved while also confirming it has added Landgate to its list of potential asset sales. 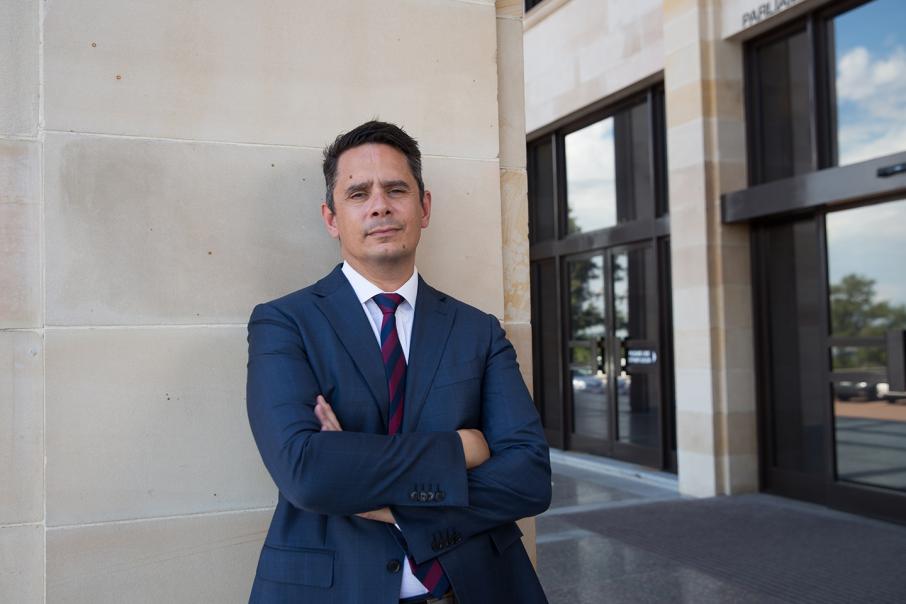 Ben Wyatt said the state’s finances have improved by a total of $568 million over the forward estimates. Photo: Attila Csaszar

The state government has revised its budget deficit for the current financial year to a record $2.6 billion but insists the budget outlook has improved while also confirming it has added Landgate to its list of potential asset sales.

Treasurer Ben Wyatt said the state’s finances have improved by a total of $568 million over the four-year forward estimates, since the budget was handed down in September.

The revised outlook is for declining deficits in the next two financial years before a return to an operating surplus of $926 million in 2020‑21.

The sale of the Westralia Square office tower by the Insurance Commission of Western Australia has contributed $298 million to this improvement.

Mr Wyatt reaffirmed today his support for selling the TAB wagering business, but this remains subject to winning support of the industry.

In addition, he said the government had gone out to tender this week for an adviser to explore all available options for Landgate.

This would include selling some or all of Landgate’s operations, and followed the sale of similar agencies by the NSW and SA governments.

A report assessing potential options will be provided to the government by mid-2018.

Mr Wyatt said the existing legal protections of the Torrens land title system will be preserved.

Landgate provides the State’s land titles system, land valuation services and authoritative location information, and has operated as an independent statutory authority since 2007.

Commenting on the budget position this year, Mr Wyatt said overall spending was in line with the original budget forecasts.

However, revenue was lower than anticipated, with taxes and royalty income both down and a delay in Commonwealth grant revenue for road projects.

Across the forward estimates period, general government expenditure is projected to increase by an average of 2.2 per cent per annum, below the average 6.7 per cent for the decade to 2016‑17.

Chamber of Commerce and Industry of WA chief economist Rick Newnham said he welcomed today’s confirmation that the government remained on track to achieve a surplus by the end of the forward estimates, and was forecast to reduce net debt by $854 million in the final year.

“Today’s update shows that the government is demonstrating spending discipline, but more must be done to bring us back into line with the rest of the country, with WA currently spending more per person than any other state at $11,484, compared to Victoria ($9,978 per person) and New South Wales ($9,758 per person),” Mr Newnham said.

“The Government must keep its focus on reducing spending to tackle net debt which will cost WA taxpayers more than $4.5 billion in interest payments alone over the forward estimates – money that could be spent on infrastructure, hospitals and schools.”

“The Labor Government was elected on a platform of fixing the State’s finances and instead they have delivered a significant deterioration,” Mr Nalder said.

“This deficit has occurred under the McGowan Government’s financial decision-making and they have no-one to blame other than themselves.”

Shadow treasurer Dean Nalder said the government was in line for a windfall revenue gain of $782 million over the forward estimates, making its financial mismanagement even more stark.

“This windfall includes, iron ore royalties up $483 million, payroll tax up $96 million and $141 million from other royalties over forward estimates,” Mr Nalder said.