The state opposition will relish the opportunity to highlight the government’s spending priorities after Troy Buswell announced $328 million in budget cuts. 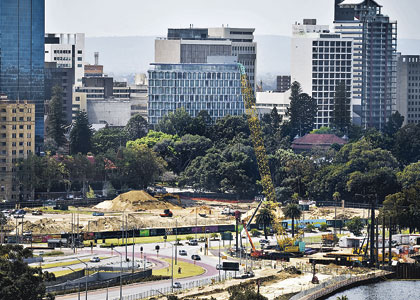 The state opposition will relish the opportunity to highlight the government’s spending priorities after Troy Buswell announced $328 million in budget cuts.

TIMING is everything in politics, and Treasurer Troy Buswell’s announcement of $328 million in budget cuts just more than five months out from the March state election could hardly have come at a worse time for the Barnett government.

In the ideal election cycle, the last year in a government’s four-year term is the time to loosen the purse strings and hand out a few sweeteners, after some tough medicine has been administered in the early part of the term.

However just as the combination of burgeoning iron ore and LNG exports, and high prices, gave Labor’s Eric Ripper a dream run as treasurer in the Carpenter government, a prices slump is delivering a fiscal nightmare for Mr Buswell.

Alarm bells are obviously ringing within the Treasury because any corrective measures have usually been left to coincide with the budget’s mid-year review, due in December.

Moving now means bigger savings, because they will apply for nine months of the financial year, rather than six if the moves had been delayed.

And it’s bad luck for those agencies with unfilled positions. It is estimated that, across government, there are about 1,500 vacant positions. By one reckoning, 1,000 of those jobs would normally have been filled by Christmas, meaning 1,000 extra salaries. That will not now happen.

Limiting the growth in leave liabilities makes sense. Ideally workers should take leave roughly when it falls due. Accumulating big blocks suggests the leave provisions -generous by international standards - are excessive. No union likes to hear that.

And a 1.5 per cent reduction in budgets for ‘non-essential goods and services’, including consultants and travel, should be manageable.

It was a very subdued Mr Buswell who said, trying to sound reassuring: “I think we are dealing with a shortterm cyclical issue.”

In other words, he is hoping resources prices will bounce back and that exchange rates will ease, leading to a strong return to growth in royalties; and that a return to confidence in the property market will boost stamp duties.

But the treasurer was also leaving his options open, flagging possible further belt tightening in December.

It’s moments like these that emphasise the lack of flexibility in the budget due to $1 billion-plus being quarantined for the Royalties for Regions fund, and millions more being earmarked for the Future Fund when it is endorsed by parliament later this month.

In fact the royalties issue is bad news for both the government and the regions. They generated $4.3 billion last year, which was $451 million below forecast. That means less overall revenue and less to be designated for country WA.

However if the royalties had still gone into the overall money jar there would be far more flexibility in how it was allocated around the state.

The revenue downturn makes the government more vulnerable to opposition jibes that it is city-centric, and intent on building ‘monuments’ - major public structures - to its term in office.

For example questions have already been raised about the Elizabeth Quay Perth foreshore project. The premier’s new office in West Perth is also a likely target, plus the merits of the timing for the new football stadium at Burswood.

And if things were so tight why did the government proceed with the $1.5 million advertising/1 information’ campaign that includes references to the foreshore scheme?

The government’s response almost certainly will be that the capital works projects will be spread over a number of years and will generate jobs in the construction phase. The Elizabeth Quay concept also has one eye on the tourism and leisure dollar.

In any case, it’s rarely a good time for governments to spend money on some schemes. Take Richard Court’s Belltower, for example. He had to withstand criticism not only from Labor but his coalition partner the Nationals for the amount of money being spent - you guessed it - in the city. The only commentary you’ll hear about the Belltower now is that it should have been taller.

That’s cold comfort for Mr Barnett and his team. They will now go through a nail-biting time leading up to Christmas, hoping Mr Buswell’s assertion that the revenue slump is a short-term cyclical issue is proved right.

More belt tightening at Christmas is the last thing a government seeking re-election early in the new year wants. That is, unless it can turn cost cutting into a virtue.

Crook his own man

YOU’VE got to hand it to Tony Crook, the National Party member for the federal seat of O’Connor. When it comes to wheat marketing, he has certainly caught his WA Liberal Party colleagues with their pants well and truly down.

It is a classic case of role reversal. The Nationals have generally been branded as the agrarian socialists when it comes to market regulation, while the Liberals are considered the party of the free market.

But that doesn’t apply here.

The background is that the federal government wants to deregulate wheat marketing but the Nationals, at the federal level, are opposed. The Liberals in Canberra have decided to support their country cousins.

In WA, the industry supports deregulation. In a rare show of unity, both the Pastoralists and Graziers Association and the WA Farmers Federation have called for the freeing up of the market.

There are several issues at play here. The first is that WA is the biggest grain exporting state. Therefore its voice should carry weight at the national level, and that the all federal MPs from the west should take note.

The second is that the state has just 15 members in the 150-seat House of Representatives. So in the numbers game it is well and truly a bit player.

The third relates to the seat of O’Connor itself. Mr Crook is a first termer, having beaten the long-serving Liberal, Wilson Tuckey, in 2010. Mr Crook is something of a freelancer, however, attending the Nationals’ party room meetings in Canberra but not the coalition meetings. And while at odds with his federal colleagues, he has the blessing of his local party.

His endorsed Liberal opponent, Rick Wilson, also backs a free market, placing him at odds with his party’s MPs, but in tune with the farmers. Mr Crook would be crazy not to do the same.

Although Premier Colin Barnett has thrown his weight behind freeing up the market, the issue is not without ramifications for next March’s state election.

With the state’s Legislative Assembly speaker and Nationals member, Grant Woodhams, retiring, the Liberals have been eyeing off his agricultural seat of Moore as a possible gain. This row makes the prospects of a win there that much harder, however.

There will be some bitter exchanges when the issue is revisited at the next Liberal state council meeting later this month (October).