A $5.7 billion surplus, lower net debt than forecast and an unemployment rate six per cent below the national level. It’s enough, said Premier and Treasurer Mark McGowan, to make the other states and territory treasurers “green with envy”. 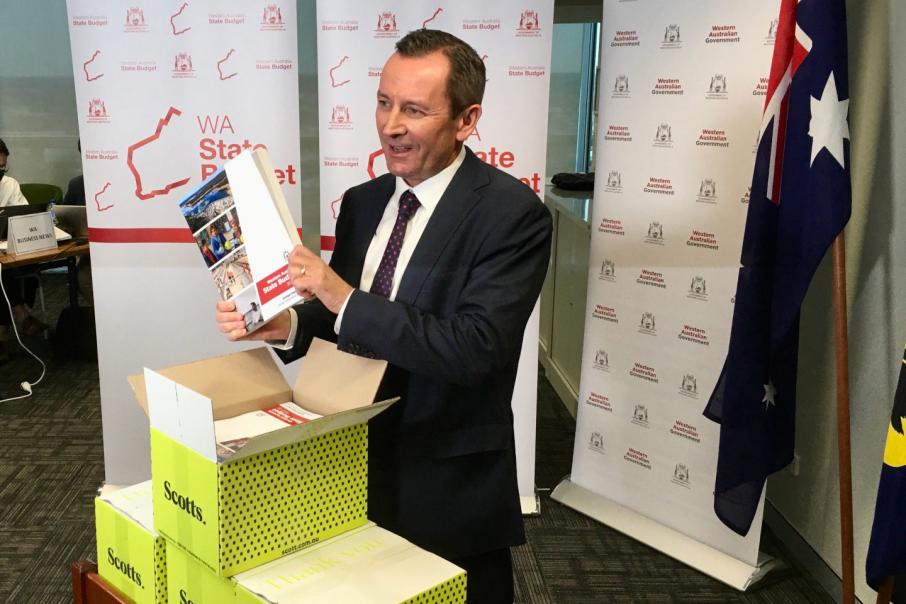 A $5.7 billion surplus, lower net debt than forecast and an unemployment rate six per cent below the national level.

It’s enough, said Premier and Treasurer Mark McGowan, to make the other states and territory treasurers “green with envy”.

“Some of them will look like they’ve swallowed a bumble bee,” an emboldened Mr McGowan said. “The reality is Western Australia has supported all of them during a difficult period by staying open and delivering revenue.”

Handing down his second budget since the retirement of Ben Wyatt, the premier has described those who criticised the state’s hard border and other Covid-19 restrictions as being “dead wrong”, arguing today’s budget was laced with the proof.

He specifically pointed to line items for retail, tourism and housing growth reaching an historic 22 per cent and said that the strength of the budget allowed for a $400 electricity credit across all households starting in July. There was no means testing attached to the payment.

“There are a whole bunch of people out there who work for a living, on a modest income, and never receive any benefit from the government,” he said. “What this does is give something to those people who never get anything and I’m happy about that. I want to see people who never put their hands out, never ask for anything, at last get something.”

There would be a 2.5 per cent, or $44 a year increase in electricity prices, but the credit would still make households better off to the tune of $356. The overall increase in the household basket of fees and charges will be 3.8 per cent.

Net debt, forecast to reach $32.6 billion by June, will be just under $30 billion for the first time since 2015, which represents a $14 billion reduction than predicted in the last budget of the previous Liberal-National government. The reduction in debt will save $2.5 billion interest payments.

Western Australia is the only state to show debt reduction and a hat-trick of surpluses over the forward estimates, underpinned by seemingly unstoppable royalties returns on iron ore exports.

The commodity was still fetching above $US130 per tonne this week, despite state treasury assuming iron ore will sink to $US77.5 per tonne in 2022-23.

For every dollar the iron ore price moves, Western Australia adds or subtracts about $80 million from its coffers.

With the numbers going the premier’s way despite the pandemic, he has unleashed a spending spree ahead of today’s budget, including a staggering $5.7 billion extra on the health and mental health portfolios.

He said because Covid was now sweeping through the community, he didn’t expect to see a quick fix to the ambulance ramping, bed block and emergency department waiting times despite throwing so much money at the problem.

The opposition said if not for iron ore royalties and the federal government's GST fix, the budget wouldn't look anything like it does.

"It's not that they've managed their affairs any better," Liberal leader David Honey said. "In fact, overwhelmingly nearly every dollar of that increase is due to increased mineral royalties and increased GST payments above those that the state would've received under the previous GST formula."

Other revenue streams to perform better than expected include property stamp duty, which will reach $2.6 billion this financial year - an improvement of $349 million compared to December's estimates.

Royalties from the gold industry will be $43 million higher than expected in 2022-23 and $40 million in the next year.

Payroll tax has come in $191 million better than expected and there was also evidence of the strong new vehicle sales market. Licence duty increased $139 million in 2020-21 and will rise again by $46 million this year.

With the federal election looming, and Western Australia's contentious GST deal expected to be an issue for some states, the budget says we'll receive $5.8 billion under Commonwealth grants scheme in our share of GST revenue.

But the premier is making no apologies for that and said he would fight any review of the GST system planned for 2026.

“The other states have got record debts, sky rocketing deficits, red ink as far as the eye can see,” Mr McGowan said. “Western Australia will be in a stronger position if something else comes along.”