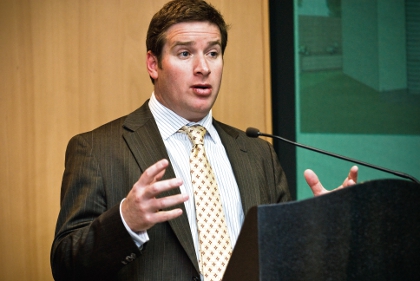 The state government admitted this morning that it had again bungled its applications to compulsorily acquire land for the planned gas processing hub project in the Kimberley.

The original applications were ruled invalid by the Supreme Court a year ago because they lacked clear descriptions of the land, as required by the Land Administration Act.

On Monday, Mr Grylls said the second mistake was a failure to notify the Native Title Tribunal.

Mr Grylls said the government had become aware of the oversight in the past fortnight and concluded, after seeking legal advice, that the notices of acquisition could be deemed invalid if challenged in court.

He said it was embarrassing both to him and the Lands Department, but it was fortunate the problem hadn't gone unnoticed for longer.

"This is very disappointing and embarrassing for myself personally," Mr Grylls told ABC radio.

"Our procedures weren't up to scratch.

Woodside wants the Browse joint venture project to proceed by the first half of 2013 - possibly before the WA government completes is paperwork for the land.

"This process probably pushes it out to the end of the first quarter of next year," Mr Grylls conceded.

"It's starting to make the timeframe tight.

"It would be better if it wasn't happening."

Mr Grylls said he understood the native title claimants had been advised of the latest bureaucratic bungle and were "pragmatic about it".

However, he indicated that he expected Woodside would be displeased with the latest development.

Opposition Leader Mark McGowan said the state government's intervention made the project less likely to go ahead as planned, not more likely.

Premier Colin Barnett has, since 2008, threatened to seize the land as he was frustrated by legal disputes among native title claimant groups and wanted to see the project advance.

"This is hopeless management of the state's resources industry.

"I think this does make it less likely that the gas will be processed in the Kimberley because the joint venture partners no doubt will be getting completely sick of the government's management of this project."