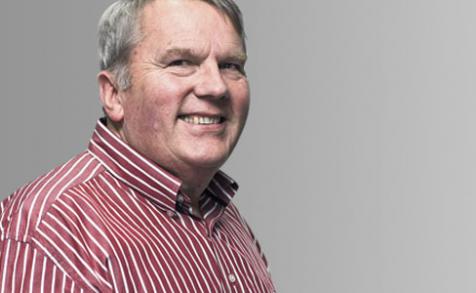 IT’S not easy to see the positive aspect to the mothballing of the onshore gas-processing hub proposed for the Browse LNG project on the Kimberley coast. In time, however, it will be seen as a turning point for Western Australia’s resources industry, which can now add a vast offshore potential to an already vast onshore potential.

High costs, a poor financial return, and environmental protests were responsible for Woodside Petroleum walking away from the onshore Browse option, which is bad news for the WA economy in the short term.

Losing the proposed development of a gas-processing centre at James Price Point is yet another setback for the state’s resources sector, following a slowdown in the pace of iron ore developments, and the collapse of a number of smaller mining operations.

However behind the problems at Browse lies a remarkable opportunity for WA to become a world leader in a totally new industry – offshore LNG processing.

Royal Dutch Shell is blazing a trail with the world’s first floating LNG production barge currently being built in South Korea, for installation at the Prelude gas field off the Kimberley coast in 2015.

And ExxonMobil and BHP Billiton have signed up for a ‘floater’ on their long dormant Scarborough gas field in deep water off Exmouth.

Woodside will now switch its focus to floating LNG technology, joining a growing number of companies to have made gas discoveries around the WA coast but struggled to find a commercially viable development route.

Floating LNG technology is that route. And while many people see it as a backward step for WA because it does not involve a big onshore footprint, it is an industry that will convert uneconomic gas accumulations off the state’s coast into a major export industry, and job creator.

The challenge is for local industry and government to recognise that floating LNG production is more of an opportunity than a threat, and that by choosing WA as the location for the initial trials of the technology there is a chance for the state to develop an entirely new range of industries servicing the offshore gas processing sector.

Rather than fret about the giant barges required for floating LNG being built in Asia (they couldn’t be built here anyway), it is time to think about how to service those barges, which will require regular maintenance and crewing.

It is also important to recognise that floating LNG is a way of monetising assets off the coast that might never have been developed without the use of the new technologies such as that going onto Shell’s Prelude barge.

Losing the battle for the James Price Point LNG hub was a blow for WA’s premier, Colin Barnett, though he would have known what was coming long before Woodside officially pulled the plug on the plan last week.

The financial case for the onshore hub collapsed last year (or earlier); a fact that Shell recognised, as did a number of investment banks, which noted the higher returns available from a floating LNG option, or a long pipeline to Karratha, over the onshore LNG processing proposal.

What needed to happen, and did last week, was for the onshore processing preference to be officially killed-off, clearing the way to consider what it means to add a third offshore LNG proposal, with Browse now joining Prelude and Scarborough.

Rather than losing an onshore gas processing development, which might never have been profitable given Australia’s high construction and labour costs, WA is now the world centre for offshore LNG processing with the potential for other floaters to follow.

While annoyed at losing the Kimberley LNG hub, Mr Barnett will recognise that it is far better to develop a new and highly profitable business than for nothing to happen simply because the numbers did not add up.

The challenge now is to find ways for WA to capitalise on its status as world centre for the new technologies that will evolve from floating LNG, and to provide the government and other services to capture the investment and job opportunities flowing from the new technology.

Losing James Price Point was a setback, but it was not the end of an industry. Rather it was the start of a remarkable new opportunity in the ‘other’ WA, the vast stretch of offshore waters that effectively double the size of the state and which contain some of the world’s best undeveloped gas fields.