Brown named farmer of the year

Third-generation Western Australian pearl farmer and managing director of Cygnet Bay Pearls, James Brown, has been named Australian farmer of the year for his forward-thinking approach to pearling. 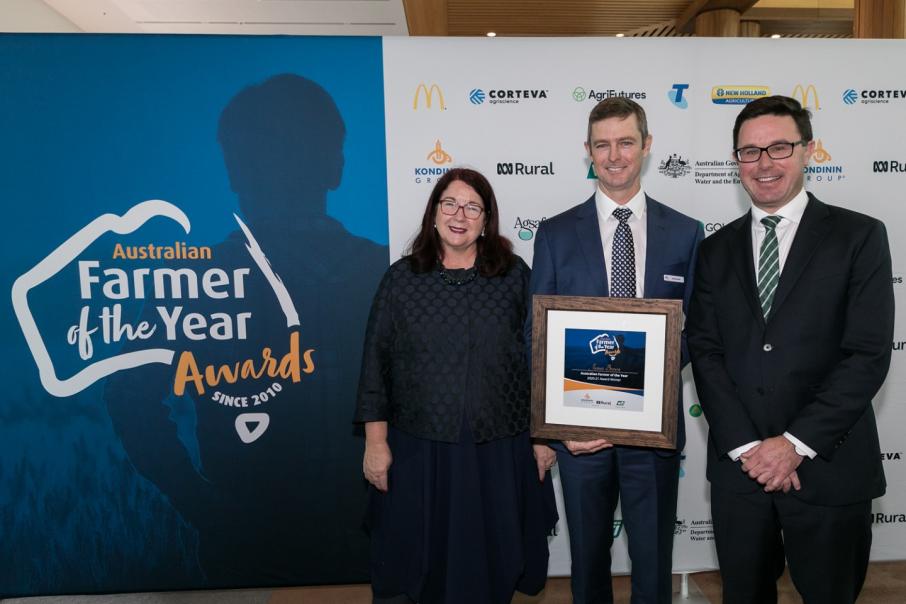 Member for Durack Melissa Price celebrated the 2020-21 Australian Farmer of the Year James Brown with Minister for Agriculture David Littleproud at Parliament House.

Third-generation Western Australian pearl farmer and managing director of Cygnet Bay Pearls, James Brown, has been named Australian farmer of the year for his forward-thinking approach to pearling.

The winners of the national awards were announced at a ceremony at Parliament House in Canberra yesterday.

Mr Brown won the top award for being a driving force within the Australian pearling industry through his dedication to research and development, and advancing pearls as a premium product around the world.

He runs Cygnet Bay Pearls, a business founded by his grandfather, Dean Brown, in 1946, located 200 kilometres north of Broome on the Dampier Peninsula.

It is open to the public and has invested in tourism facilities including accommodation, heritage-listed pearlers' shacks and a restaurant.

The family also developed a research body, Kimberley Marine Research Station, to further understanding of the marine environment in the region.

Under Mr Brown’s leadership, Cygnet Bay Pearls has expanded to include a site in NSW.

Kondinin Group general manager of research Ben White said it was Mr Brown’s forward-thinking approach to farming and his persevering attitude that impressed the judges.

“James has a strong family farming legacy behind him but it is clear that he is crafting his own way forward in farming,” Mr White said.

“Pearling is a valuable agricultural industry in WA.

“We commend James on his innovative work ethic and outstanding determination to forge a path for the survival of his business and for the sustainability of the industry.”

Mr Brown, the only award winner from WA, was also the recipient of the award for excellence in innovation.