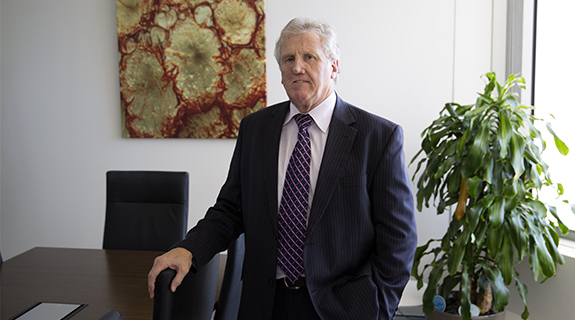 The Broome tourism sector is targeting growth beyond its itinerant seasonal appeal, with strategies being developed to attract additional tourists and residents.

Broome International Airport (BIA) chief executive Nick Belyea told Business News the oil and gas industry and live-in, fly-out workers were vital to the development and sustainability of this development for the town.

He said while tourism was a major contributor to Broome’s economy, the industry relied too heavily on its seasonal appeal.

“If Broome right now was purely reliant on tourism and nothing else, I believe we would have lost (flight) schedules,” he said.

Broome was set to gain extensively from Woodside’s $45 billion James Price Point LNG project, which the company dumped in 2013 after a review found it would not deliver the returns needed.

“We were supporters (of James Price Point) because it would have helped us not only to develop our domestic schedule, but was going to be the catalyst for an international service,” Mr Belyea said.

An economic and social impact report commissioned by BIA and released in August last year detailed a total economic impact of the recently renovated airport on the Kimberley region of $146.4 million.

It forecasts an annual increase of 100,000 passengers using the airport over the next decade, with a large portion expected to be attributed to offshore workers.

“Every offshore worker I see coming through Broome, I see as a potential future tourist,” Mr Belyea said.

“Because we’re so remote, we’ve got to work harder to get people there.

“Just the gradual growth of the population won’t do it. It needs industry there, it needs economic drivers.”

A potential solution to the issue is set to come in the form of a Broome logistics feasibility study to be released later this month, which will include analysis of the current setting of the town and how it can capitalise on major investments, including a $23 million refurbishment of the privately owned BIA.

Commissioned by local not-for-profit group Broome Future, the study will look at the feasibility of Broome evolving into an efficient logistics hub for the region, capitalising on the ongoing development of the offshore Browse Basin.

Strategic planning of the aviation and marine logistics has the potential to reduce costs and create a range of market opportunities for other sectors of the local economy, according to Broome Future chair Ken Michael.

Broome Future was established by a group of Broome industry leaders, including Mr Belyea, to advocate for the sustainable social and economic development of Broome and the wider Kimberley region.

According to Mr Belyea, Broome is currently competing with Darwin to become the main service centre for the Browse Basin business.

While Darwin has got the jump on the Kimberley town, Mr Belyea said Broome was well positioned to keep the aviation services for the north of the state.

“A lot of people just don’t know where Broome sits right now and … this is an honest and factual representation of where the town is and what the town needs to do to develop,” he said.

The Broome Future-commissioned study will highlight Broome’s two major transport hubs – the airport and the port.