Kimberley Wild Expeditions, a member of the Indigenous Champions Program, won the tourism industry’s highest prize over the weekend, just days after the Tourism Council WA called on the state government to maintain funding for Aboriginal tourism. 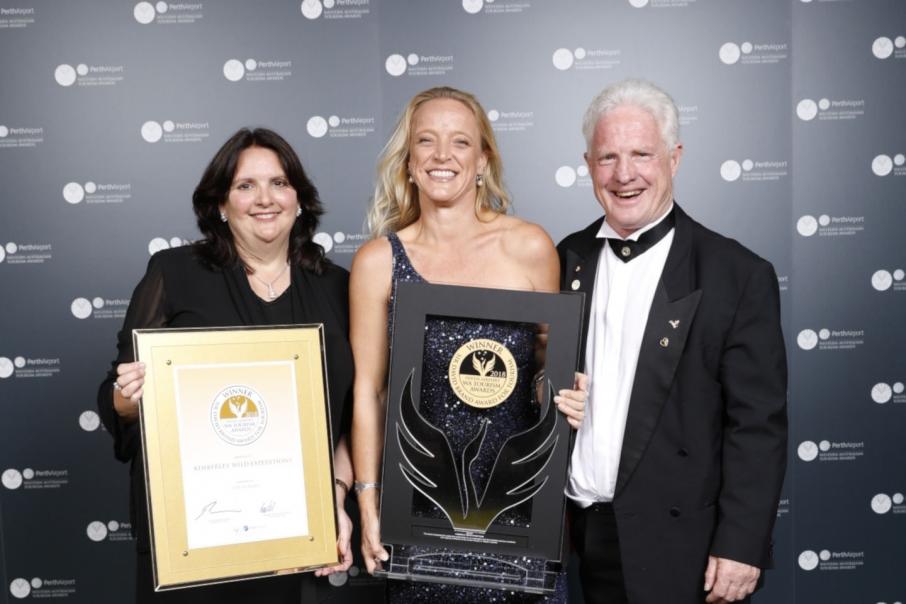 Kimberley Wild Expeditions, a member of the Indigenous Champions Program, won the tourism industry’s highest prize over the weekend, just days after the Tourism Council WA called on the state government to maintain funding for Aboriginal tourism.

The adventure tour company, offering one- to 15-day tours in the north of WA, won the Sir David Brand Award on Saturday night at the 2018 Perth Airport WA Tourism Awards.

The family-owned company has been in the business for 20 years and runs day tours in Broome and organises expeditions to explore the Kimberley and northern Australia.

The company is a member of the Indigenous Champions Program and includes tours led by Aboriginal people to Mimbi Caves, Tunnel Creek, One Arm Point, Kakadu and Katherine.

The Aboriginal and Torres Strait Islander tourism prize was awarded to Go Cultural Aboriginal Tours and Experiences, which run tours around the Perth CBD teaching visitors about Nyungar history and culture.

The Aboriginal Tourism Development Program, which ran from 2014-2018 to promote growth in the industry by offering marketing and business development assistance to companies owned by Aboriginal people or who work with Aboriginal people, has not been continued after the end of the financial year.

The International Visitor Survey showed only 18 per cent of holidaymakers to WA participated in Aboriginal tourism experiences in 2017, the lowest of any state.

The data showed 77 per cent of visitors to the Northern Territory took part in Aboriginal experiences, 45 per cent in South Australia and 36 per cent in the Australian Capital Territory.

Tourism WA chief executive Evan Hall said Perth must have Aboriginal tourism experiences for international guests in order to stand out from destinations across the globe.

“Research has shown that Aboriginal tourism is of great interest to visitors to WA, with 78 per cent of visitors in 2016-17 looking for an authentic Aboriginal experience during their trip,” he said.

“Each year, Aboriginal tourism businesses directly contribute more than $43 million to the state economy and create around 340 full-time equivalent jobs.”

“International holidaymakers who participated in Aboriginal tourism in WA spent 79 per cent more than other international visitors to WA,” he said.