Brookfield Multiplex has strengthened its position as the state’s largest construction company after being named prefered contractor for the $207 million Karratha Health Campus, adding to six major projects it currently has underway worth about $2.6 billion. 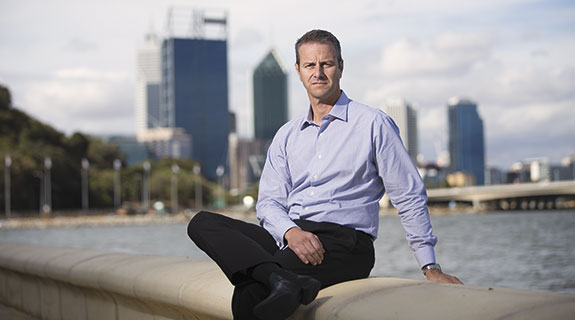 Brookfield Multiplex has strengthened its position as the state’s largest construction company after being named prefered contractor for the $207 million Karratha Health Campus, adding to six major projects it currently has underway worth about $2.6 billion.

As reported in this week's edition of Business News, the Chris Palandri-led Brookfield Multiplex has cemented its place above rival John Holland, which has a much smaller pipeline of upcoming work in WA in the next few years.

Brookfield Multiplex is currently building the $568 million 500-room Crown Towers hotel and the $360 million Midland Health Campus, and is part of the consortium building the $960 million Perth Stadium.

It is also working on Capital Square, the underground City busport and Brookfield Place II.

John Holland is wrapping up the $1.2 billion Perth Children's Hospital (scheduled for completion in early 2016) and Kings Square, which is due for completion later in the year.

“Brookfield Multiplex has an established reputation for delivering quality, complex and successful major infrastructure projects, including many in the health sector, which is important for a project of this size and significance,” Dr Hames said.

“The new telehealth services will also link local medical staff and patients to WA’s leading emergency and specialist practitioners and support at other hospitals if needed,” Dr Hames said.

Regional Development Minister Terry Redman said the campus, which was funded by the Royalties for Regions program and assisted by a joint venture between the state government and the WA Chamber of Minerals and Energy, was an important step in transforming Karratha into a vibrant city.

“The Karratha Health Campus will be designed and built to meet the health needs of the growing Pilbara community so they have health care closer to home,” he said.

“It will also provide greater opportunities to attract a mix of specialist job skills to Karratha and create self-sufficiency in the region.”

Brookfield will begin construction of the hospital next year, with completion planned in 2018.

Work started on the project in July last year, with Downer EDI awarded a $15 million contract to provide early earthworks.