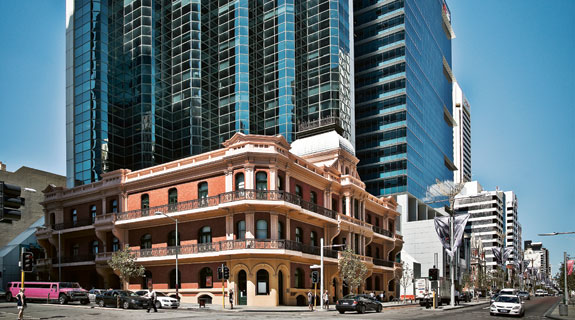 South32 is expected to move into the office tower at 108 St Georges Terrace in May,

BHP Billiton spin-off South32 is set to take up 8,300 square metres at 108 St Georges Terrace, in a conditional lease deal announced by the building’s 50 per cent owner Brookfield Properties Australia.

The deal remains subject to BHP board and shareholder approval of the spinoff, with a vote on the move expected to occur in May this year.

The lease will be for more than 10 years and is set to begin after the shareholder vote.

The space in the former Bankwest Tower is currently vacant, after the bank shifted to Raine Square in August 2012, and if the deal goes ahead as planned, it will be 75 per cent leased.

“If the conditions are satisfied, the agreement represents an important step in de-risking part of the vacant space at 108 St Georges Terrace,” BPA said in a statement to the ASX yesterday.

South32, which will comprise most of BHP’s aluminium, coal, manganese, nickel and silver assets, will also reportedly have naming rights for the tower.