Groundworks have begun on a 19-storey tower at Brookfield's Lot 6 development, where it is understood a big four accounting firm intends to move. 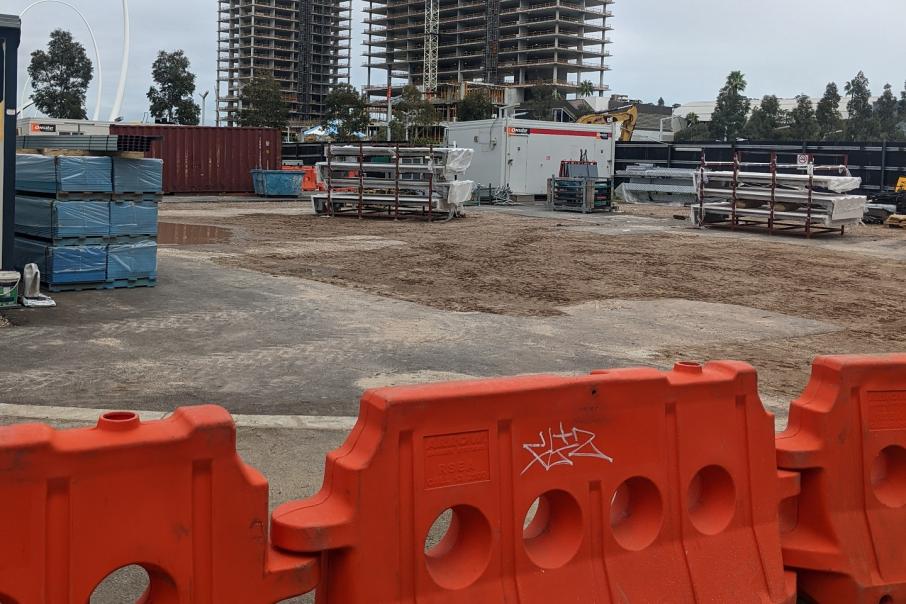 Brookfield has started site works at its lot six development in Elizabeth Quay, where it will build a 19-storey office tower.

Business News understands that accounting firm EY intends to move into the tower from its existing building at Mounts Bay Road, which Brookfield also owns.

Brookfield is expected to develop lots five and six at Elizabeth Quay as part of a two-tower development, with approval for a 55-storey tower on the latter site.

While earthworks has begun on both lots, Brookfield says lot six is its current focus.

Its lot six development, also referred to as Nine the Esplanade, will include 32,000 square metres of office space including state-of-the-art end-of-trip facilities and flexible working spaces.

It is developing Chevron’s new building at Elizabeth Quay or One The Esplanade, adjoining lots five and six, due for completion early next year.

Nine the Esplanade is likely to be another job for Multiplex, which is owned by Brookfield, and is currently building the Chevron tower.

It also has approvals in place to build an eight-storey office tower above the Esplanade Busport, next to the Perth Convention and Exhibition Centre.

Brookfield recently entered a joint venture with the Wyllie Group to redevelop the PCEC, with a masterplan in progress for the site.

It is understood that Brookfield has earmarked plans to redevelop the EY building, which is within the PCEC complex.

“We are committed to securing tenant pre-commitments for both projects, with Nine The Esplanade being our current focus,” the spokesperson said.

“We are actively engaging with a number of prospective tenants, however, we have nothing to announce at this stage.

Architectural firm Hassell, which also designed One The Esplanade, and REX were the architects behind Brookfield’s latest tower.

Site works are yet to commence at a neighbouring lot where a 54-storey glass tower has been approved.