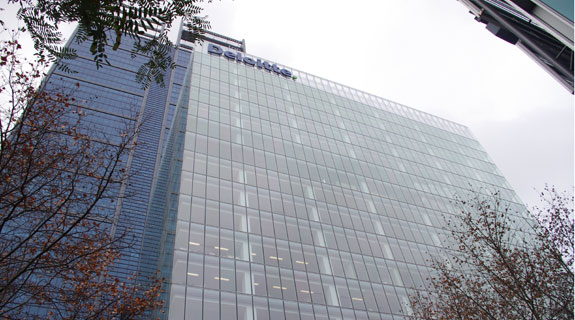 Brookfield Property Partners has confirmed speculation that Wesfarmers will leave its home of 30 years on The Esplanade for a new headquarters at the second tower at Brookfield Place.

Media reports surfaced in recent weeks that Wesfarmers and Brookfield were in negotiations for an office lease at the tower, which is expected to be completed and ready for occupation by the end of the year.

Brookfield Property Partners Australian office division president Kurt Wilkinson said Wesfarmers would take up 4,200 square metres of the building, across levels 12 and 13, under a 10-year lease.

Wesfarmers is expected to move in in the second quarter of 2016, joining pre-committed tenants Deloitte, which has signage rights for the building, Ashurst, Corrs Chambers Westgarth and Brookfield Multiplex.

“Brookfield Place continues to attract a range of blue-chip tenants and we look forward to welcoming Wesfarmers to the precinct,” Mr Wilkinson said.

“As an iconic West Australian company, Wesfarmers is the perfect fit for Brookfield Place.”

Wesfarmers has been at Wesfarmers House, which it was a joint developer of, since it was built in 1985.

It sold out of its 50 per cent stake in the building in 2001, when Cape Bouvard Investments bought the entire building from Wesfarmers and the other then-50 per cent stakeholder, the ING-controlled Armstrong Jones.

The building has changed hands several times since then, and is currently owned by companies associated with commercial developer Ascot Capital, which purchased it for $84.8 million in 2008.

Wesfarmers will vacate four floors of the building to take up its lease at Brookfield Place Tower 2.