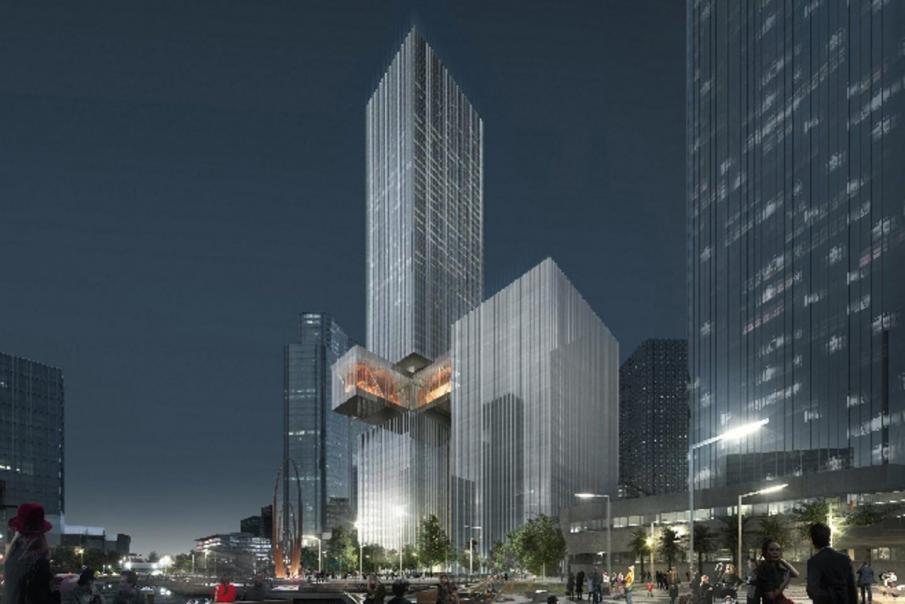 Brookfield is anticipating to start construction on the project in 2019. Renders: REX architecture

Brookfield Australia head of development Carl Schibrowski said the Metropolitan Redevelopment Authority had granted the group principal planning approval for the mixed-use project, which will be built on lots 5 and 6 at Elizabeth Quay, and will comprise two towers.

Upon completion, the tower proposed for lot 5 is expected to be one of the tallest towers in Perth at 53 storeys, offering 15,000 square metres of commercial office space, 220 luxury apartments, 1,300sqm of retail and a five-star hotel.

Associated amenities include restaurants, bars and conference facilities contained within the cantilevered section of the building, known as ‘Plus’. 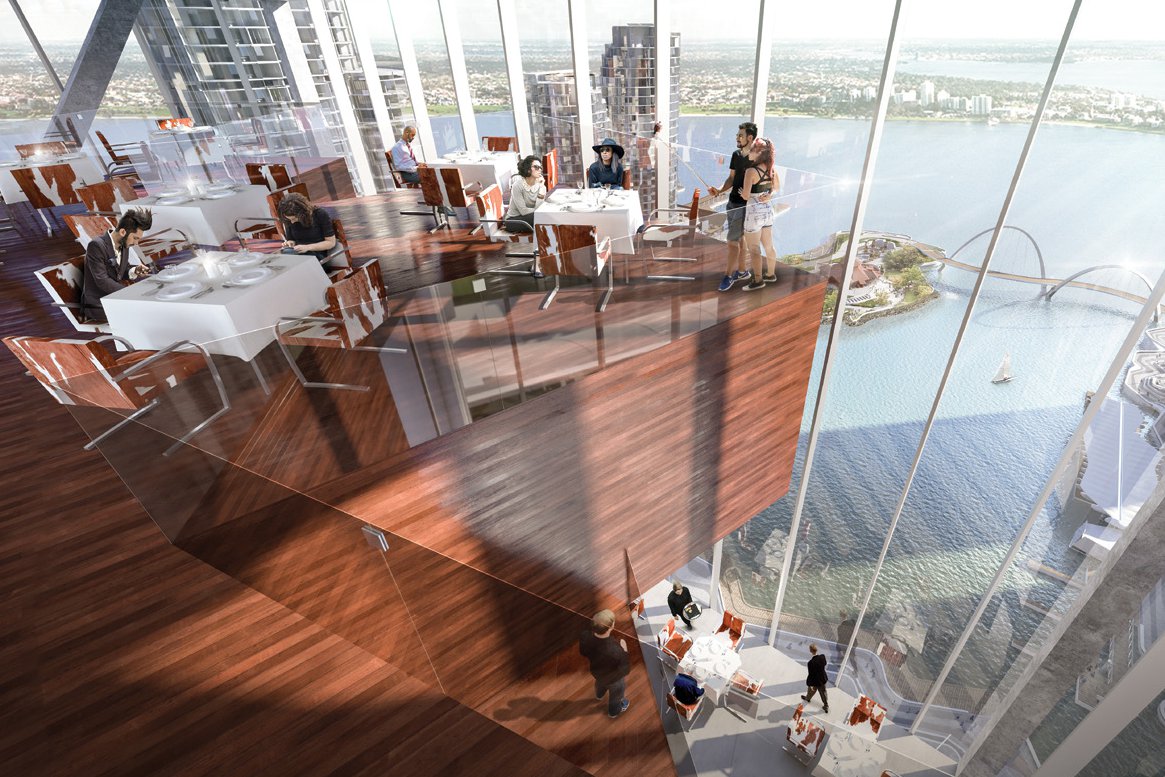 The hotel will also have a pool and gym, as well as what Brookfield says will be the first elevated lobby in Australia.

The 19-storey tower on lot 6 contains around 35,000sqm of office space, and 2,000sqm of retail planned for the ground floor and level one. 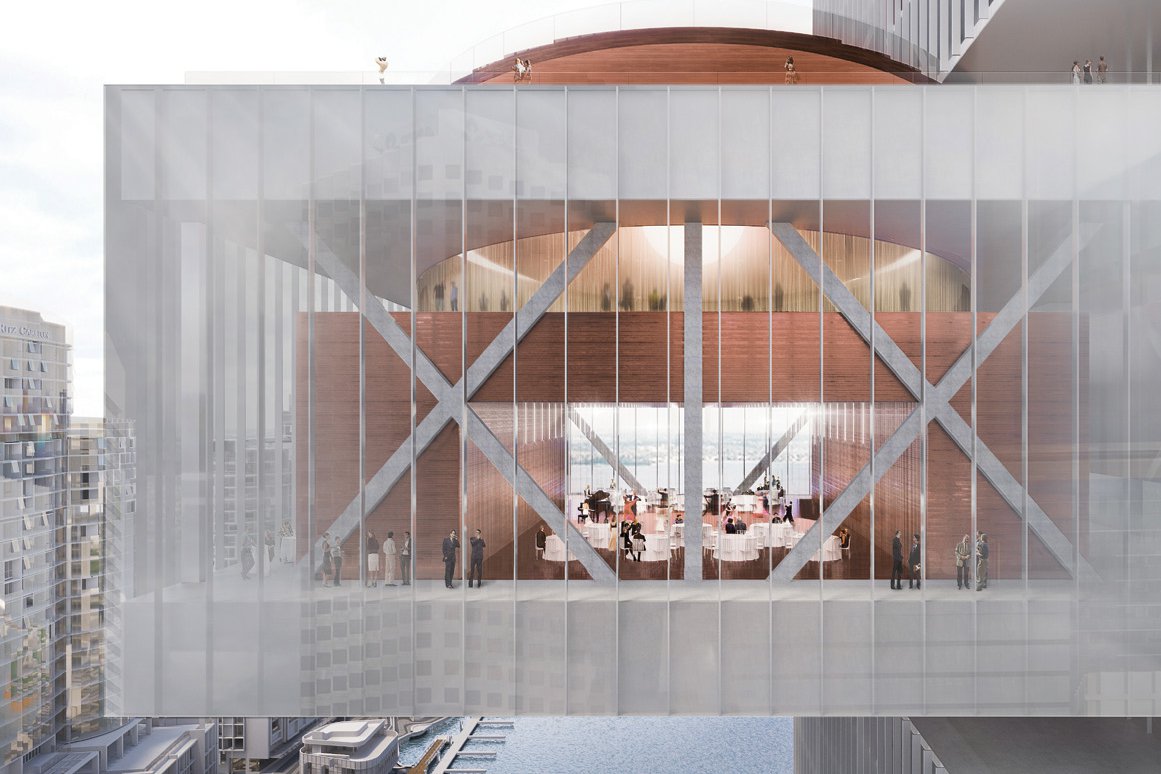 Mr Schibrowski said Brookfield was currently working with Multiplex as its preferred contractor and was targeting the start of 2019 for construction, with plans for completion in 2022-2023.

“This is the next chapter for us in Perth,” Mr Schibrowski told Business News.

“We’re looking to leverage off what has been achieved in Brookfield Place, which was really about bringing vibrancy back to the CBD core.

“We made a strategic decision 18 months to two years ago; we changed it from being 100 per cent office to respond to the market in Perth that was changing.

“We have an optimistic outlook of Perth in terms of the commercial, residential and hotel market, and we’re now seeing a lot more confidence in the commercial sector.” 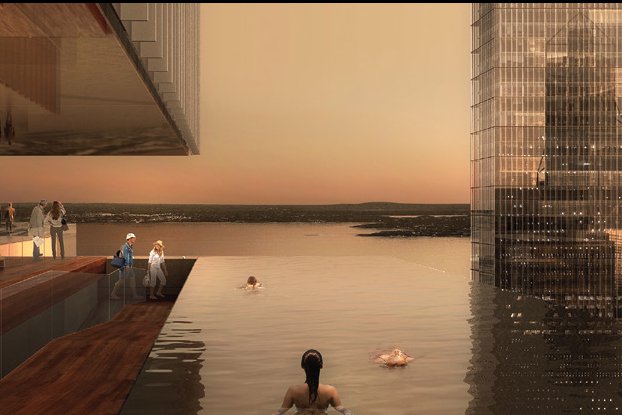 REX principal Joshua Prince-Ramus, who was in Perth this morning for the announcement, told Business News the design was prompted by the MRA’s guidelines, which encouraged creating visual interest on Perth’s skyline.

“There was an opportunity to do that with the actual use and take the amenity spaces normally around the base of the tower up to the middle of the building,” Mr Prince-Ramus said.

“So they can then both become of visual interest but also provide a pretty remarkable experience; a panoramic view over the city.

“If we do our job correctly, we will bring to bear what the city originally envisioned for Elizabeth Quay, which is to draw the CBD down to the waterfront and I think all the projects around the quay have that responsibility.” 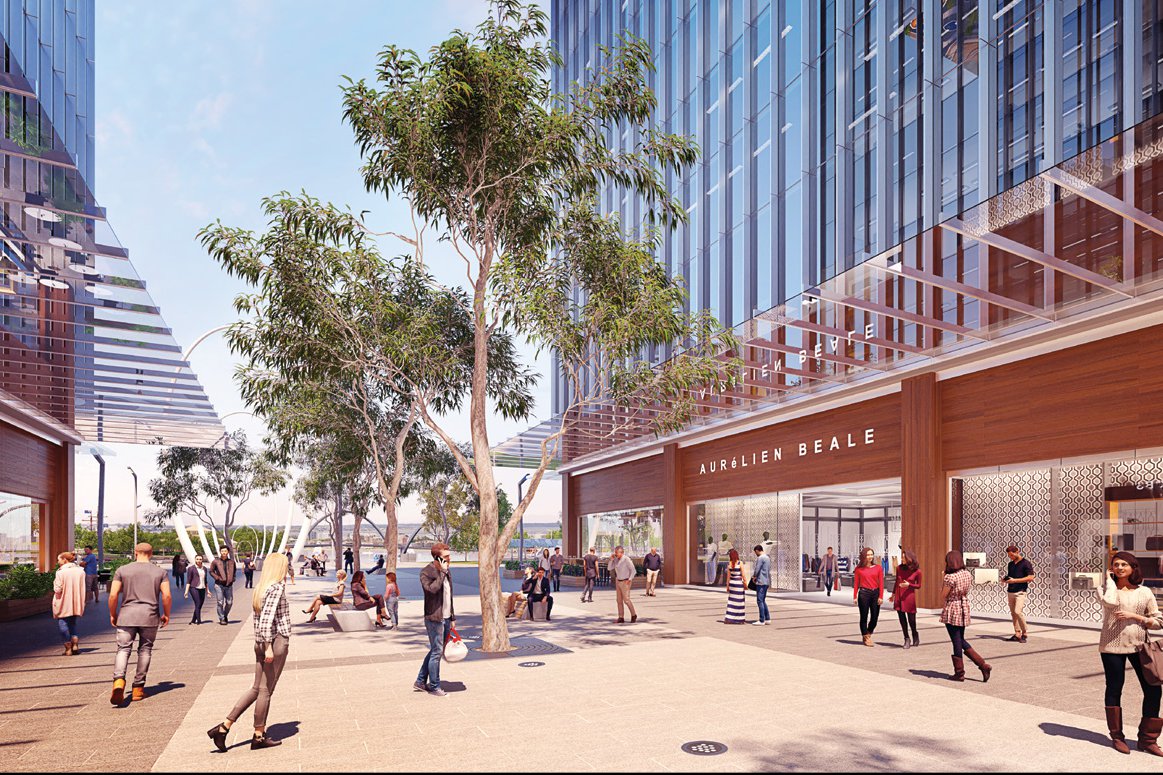 The project is also targeting a five-star Green Star rating as well as a NABERS rating, a national rating system that measures a building’s environmental impact.

Mr Schibrowski said Brookfield was now seeking expressions of interest for a luxury hotel operator, and that the development was currently Australia’s largest mixed-use project.

“Five to 10 years ago, Perth was really just St Georges Terrace,” he said.

“Elizabeth Quay is really an enormous opportunity to bring the city to the water.

“And we wanted to deliver something world-class to really put Perth on the world stage.” 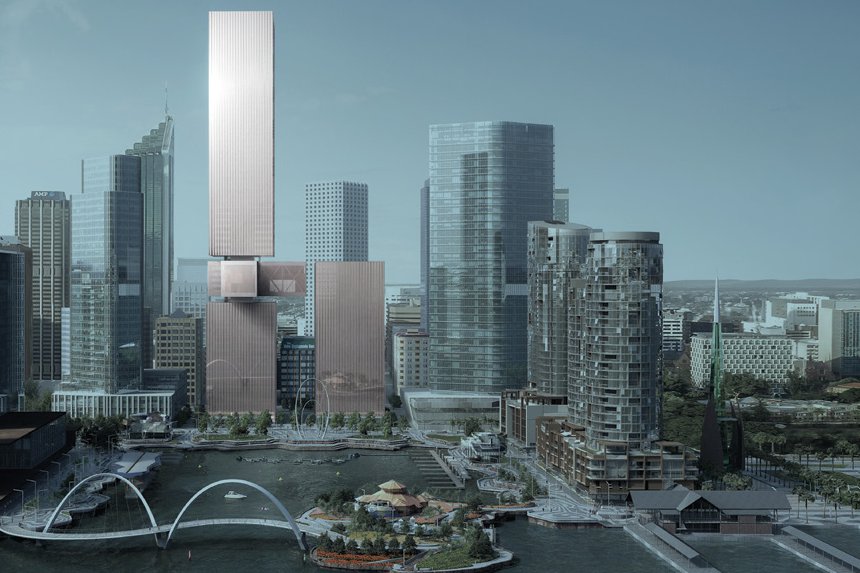