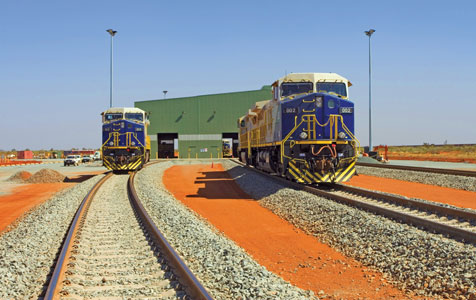 A 10-year old commitment by Fortescue Metals Group to the state government has come back to bite the iron ore miner, after it was told it must commence negotiations for third-party access to its Pilbara railway.

The Economic Regulation Authority announced today that it has approved the commencement of negotiations between aspiring miner Brockman Resources and Fortescue subsidiary The Pilbara Infrastructure.

In doing so, the ERA rejected nearly all of the objections put forward by Fortescue and TPI.

It acknowledged that third-party access was likely to impose "real disadvantages" on TPI but said the company knew of this possibility when it started building its railway.

"TPI's business interests must be considered in a context where TPI knew, at the time it decided to proceed with its investment in the railway infrastructure, that it would be subject to third party access proposals," the ERA said.

"In particular, in order to obtain the State's assistance with development of multi-use rail and port infrastructure, TPI made commitments to the state government ...... to use all reasonable endeavours to promote access to, and attract above-rail customers for (its) railway."

While today's ruling is clearly a win for Brockman, the negotiation process approved by the ERA means Brockman will face some major hurdles in pursuing its objective.

In particular, TPI will require Brockman to show that it has the necessary financial resources to carry on the proposed rail operations, and show how its access proposal can be accommodated on the route.

Brockman said it is currently preparing submissions to satisfy these requests, including its belief there is spare capacity on TPI's railway.

If TPI is not satisfied with Brockman's submissions, it can utilise procedures "to give notice of its dissatisfaction and seek further information from Brockman".

Fortescue will certainly dispute Brockman's claim there is spare capacity on its railway, which will reach a capacity of 155mt pa by the end of the calendar year.

Brockman indicated today it was ready for a dispute, saying it would seek the appointment of an independent commercial arbitrator by the ERA to rule on these matters if it was unable to reach agreement.

Today's ruling follows an application by Brockman, lodged in May, for access to TPI's railway under the provisions of the state government's Railways Access Code.

Brockman wants to use the railway to haul 20 million tonnes of ore from its proposed Marillana mine to Port Hedland, with spur lines to be built at each end.

It has also been working with rail operator Aurizon on the possible development of a new railway.

Fortescue, which had previously tried to gain access to BHP Billiton and Rio Tinto railways, lodged multiple objections, as did TPI.

TPI, for instance, claimed that only bona fide proposals should proceed to negotiation, and that Brockman had failed to demonstrate its capacity to carry out the proposed operation.

However, their submissions failed to impress the ERA, led by chairman Lyndon Rowe.

"The Authority does not agree with TPI's submission that the fact that Brockman has not undertaken a process to verify the technical and economic feasibility of the proposed rail operations indicates that Brockman is incapable of entering an agreement giving rise to a binding legal commitment if negotiations were to proceed," the ERA said in its ruling.

"Nor is any evidence provided by TPI in support of its assertion that Brockman does not have the financial capacity to carry out the proposed rail operations.

"Further, the Authority does not regard the fact that Brockman is considering other options for accessing rail infrastructure for its projects at the same time as making the access proposal as being contrary to the objectives and requirements of the code, as alleged by TPI."

The ERA rejected suggestions the Brockman proposal would hinder expansion of the railway.

"There is nothing in TPI's submission to support the conclusion that the provision of sufficient capacity to accommodate Brockman's proposal would preclude further expansion of the railway infrastructure that is not funded by FMG.

"Further, there is no evidence in TPI's submission, or in any of the other submissions before the Authority, that would support a conclusion that such expansion is not technically or economically feasible."

Another line of argument advanced by Fortescue was that third party access would reduce its incentive to invest in TPI's railway, displace existing users' entitlements, and cause inefficient use of the railway.

These included loss of flexibility, additional maintenance, unplanned congestion, and a higher likelihood of disputes.

The ERA concluded that such matters are "unavoidable elements of any open-access railway, and are considered normal business costs associated with owning an open access railway".

Following today's ruling, the ERA is expected to make a separate determination next month on floor and ceiling haulage rates that would apply to the TPI railway.

In a statement issued late today, Fortescue maintained it was a strong proponent of third party access to infrastructure.

"However, Fortescue cannot be expected to subsidise third party projects that are uneconomic," it said.

It added that it was currently in discussions with a number of potential third parties for commercially negotiated access to rail and port infrastructure through "ore haulage and port services" agreements.

Atlas Iron is considered to be a prime candidate for an ore haulage agreement. To date, Atlas has trucked its ore to port, but its costs are rising as it develops new mines further from the coast.