The head of national financial advocacy group Women in Super has called on the federal government to reinstate the gender budget statement. 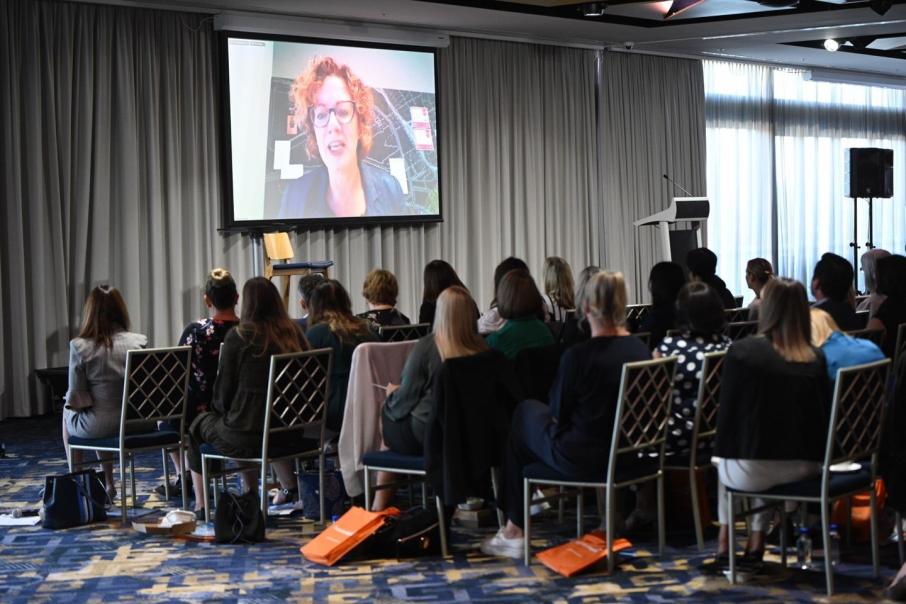 Australian Institute of Superannuation Trustees chief executive Eva Scheerlinck explained that the assumption that individuals would work for four decades uninterrupted meant that, systemically, women were at a disadvantage. Photo: David Henry

The head of national financial advocacy group Women in Super has called on the federal government to reinstate the gender budget statement in a bid to better understand the impact of its policies on both men and women.

During an appearance at the $uper Women Lunch this afternoon, hosted by Business News in partnership with AustralianSuper, Women in Super chief executive Sandra Buckley tackled some of the key policy issues contributing to the superannuation gap; including the $450 monthly earnings threshold and the absence of a Superannuation Guarantee payment in the federal government’s Paid Parental Leave Scheme.

With a gender retirement gap of 47 per cent and one-third of Australian women retiring with no superannuation at all, Ms Buckley said decisions needed to be made now to rectify the disparity before another generation of women retired with almost half the super of their male counterparts.

While the federal government has commited to a 2020 Women’s Economic Security Statement, which aims to close the gender pay gap and provide flexibility for families, Ms Buckley has called for the reinstatement of the gender budget statement to better understand the impact of each and every government policy.

“To rectify these problems, we just cannot do it in one year; we have to do it over the longer term and we have to start doing it now if we’re going to make a difference,” she said.

“We would like to see the gender budget statement introduced or reintroduced; because we did have one until it was abolished in 2014.

“The great thing about the gender budget statement was that the federal government had to look at each and every policy and they had to do the analysis to determine what impact it would have on men and women and whether it would boost particular sectors of the economy.

“In doing so, [the] government actually understood the impacts they were having short-term and long-term.

“We’re now one of the few countries that does not do such a thing and we’re calling for it to be reinstated.

“If we had one, we wouldn’t have seen the budget that we saw this year and hopefully we wouldn’t see a budget like that again.

“It is something we need to consider if we are going to get serious about tackling the issues associated with women’s retirement outcomes.

“We don’t believe the system needs to be dismantled or replaced, but we do need to look at the systemic issues within it and see how we can change them.”

The work-based superannuation system was introduced three decades ago and was established based on the assumption that an individual would work for 40 years - uninterrupted.

Fellow guest speaker Australian Institute of Superannuation Trustees chief executive Eva Scheerlinck explained that that assumption meant that, systemically, women were at a disadvantage; with three in four women having children and taking time away from the workforce.

With a longer life expectancy, Ms Scheerlinck said women were entering retirement with less money that was expected to go further; and highlighted that single women over 60 were the fastest-growing cohort of homeless people in Australia.

The seminar also reviewed the implications of the COVID-19 early release of super program, which resulted in nearly one million Australians clearing out their superannuation account to pay rent, to pay mortgages and put food on the table.

Western Australia accounted for about 18 per cent of the $4 billion drawn from super accounts in Australia during COVID; with those under 35 and 50 and above making up the majority of those to have withdrawn their superannuation early.