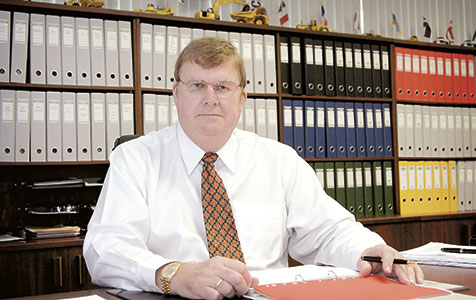 Brighton plans to offer 23 shares for each share in AMC and one share for every 10 AMC options, valuing the bid at $28.8 million.

AMC’s major shareholders include Gulf Mines, which acquired a 19.5 per cent stake earlier this year; it is chaired by Peter Remta and works from the same Lyall Street, South Perth, address as Brighton.

However, Brighton said today that "AMC has 83 shareholders, none of whom has a controlling interest, nor would any of the shareholders be regarded as associated or related parties of the company."

When contacted by Business News, Mr Peter Remta would not directly comment on any relationship.

ConsMin’s commercial success made it a hotly contested takeover target, with Ukrainian billionaire Gennadiy Bogolyubov winning control of the company in 2007 through a $1.1 billion offer.

After leaving ConsMin, Mr Kiernan pursued a variety of ventures through Territory Resources, Swan Gold Mining, and Matilda Zircon, but has spent the past two years focused on AMC.

The unlisted company currently holds a 1,300-hectare mining tenement and processing plant, with capacity to produce up to 240,000 metric tonnes per annum of manganese lump ore for domestic and export markets.

Brighton believes the risks of the manganese project have been markedly reduced since it started production with the availability of a full export license.

Jonathan Remta is also a director and shareholder of BML and a director of Cambodia-based Summer Gold, in which BML has a 70 per cent stake.

The company has funded the development and exploration of Summer Gold’s two gold projects since 2007.

Shares in Brighton are unmoved, trading at 1 cent, as of 11am, WST.