Brierty well down despite profit

Shares in mining and civil contractor Brierty have tumbled 23 per cent today despite the company announcing a $3.8 million net profit for the six months to December, which the company said was above guidance. 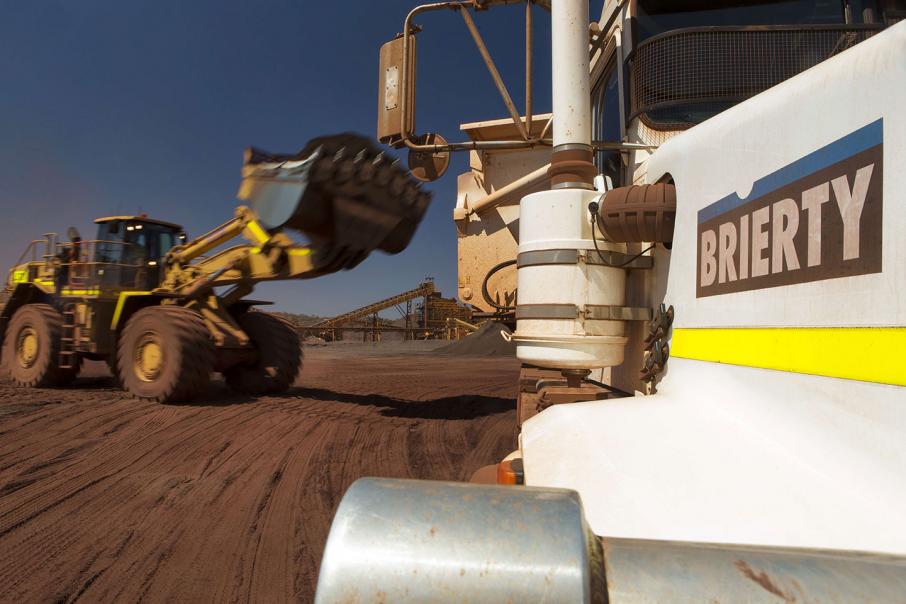 Mining and civil contractor Brierty recently worked on the Perth Stadium and with Rio Tinto.

Shares in mining and civil contractor Brierty have tumbled 23 per cent today despite the company announcing a $3.8 million net profit for the six months to December, which the company said was above guidance.

That was slightly down on the number for the previous corresponding period, the first half of the 2016 financial year, when Brierty reported a net profit of $4.2 million.

The company said that figure had been driven by a large $3.6 million tax credit.

The profitable result was not enough to tempt Brierty’s board to declare a dividend, opting instead to pay down its debt, which includes a $24 million bank overdraft.

Revenue was around 40 per cent lower for the first half of 2016 compared to the previous corresponding period, at $76.4 million.

Brierty chief executive Ray Bushnell, who started in the role in July, said the company had strategically bidded for work that could that could only generate profits.

“All of Brierty’s divisions – mining, civil, and land development – delivered a profit in the half,” Mr Bushnell said.

“Our absolute focus on executing work productively, and applying strict discipline in what new jobs we target, and how we bid for that work, is delivering positive results.

“The success of our back-to-basics strategy is exemplified by our ability to improve profit margins in the half despite a fall in revenue.

“This was due to structural improvements we made across the business, including a flatter management structure, reduced headcount, improved internal reporting, enhanced plant management, and standardisation of practices.

“The market remains competitive, particularly for civil projects, however Brierty has demonstrated success in winning additional work at existing projects, including at Perth Stadium, Boddington gold mine, and Lakelands development.

“We will continue to target further scope expansions at existing projects and are pursuing new work opportunities with former key clients as relationships are repaired.”

Shares in Brierty traded at 15 cents each at the close of markets today, down 23 per cent.