Shares in Brierty have tumbled on news the civil and construction contractor stands to lose $15 million on a deal with Main Roads Western Australia. 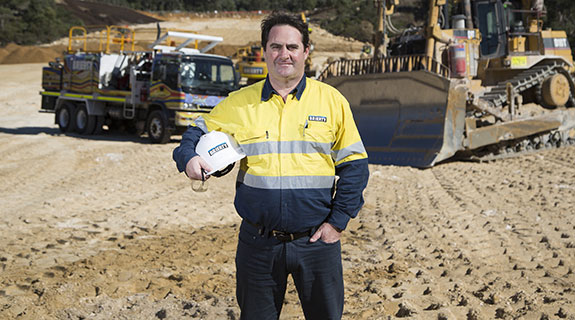 Shares in Brierty have tumbled on news the civil and construction contractor stands to lose $15 million on a deal with Main Roads Western Australia due to cost overruns.

The Perth-based company also said it expected to record a net loss of up to $6 million as a result of cost blowouts on the contract to upgrade parts of the North West Coastal Highway, which was originally valued at $69 million.

Shares in Brierty were 23.5 per cent lower to 13 cents each at the close of trade.

It follows news last year that Brierty had incurred a $6 million cost blowout on a separate Main Roads project, which led to a financial impact on its FY15 accounts.

The company managed to recover $2.5 million from a weather-related insurance claim on the project in January, however the contractual dispute remains ongoing and has been referred to mediation.

Brierty said today it had worked to mitigate the impact of this fresh blowout and competitive market conditions by making personnel changes, selling excess equipment, identifying cost efficiencies across the business, and reducing the remuneration of board members, including managing director Peter McBain by 15 per cent.

Mr McBain said the loss on the project was unacceptable.

“The company is determined to prevent a repeat of this occurrence and it is undertaking restructuring initiatives,” he said.

“We have identified issues at the road project and our immediate focus is to complete the job, which we expect to do by the middle of the year.

“We are implementing further cost efficiencies across the business and will continue to pay down equipment finance debt to ensure we are lean and remain flexible in a very competitive market.”

The loss on the project, coupled with a highly competitive environment for local contractors, has led the company to flag an underlying net loss of between $3 million and $6 million.

Brierty has also reviewed the carrying value of its equipment and expects to report an impairment of up to $20 million in its FY16 accounts.

“The exact amount of the impairment will not be known until an audit process is complete,” the company said.