Mining and civil contractor Brierty has become just the sixth organisation nationally and the first in its industry to obtain the top ‘Elevate’ ranking for its Reconciliation Action Plan. 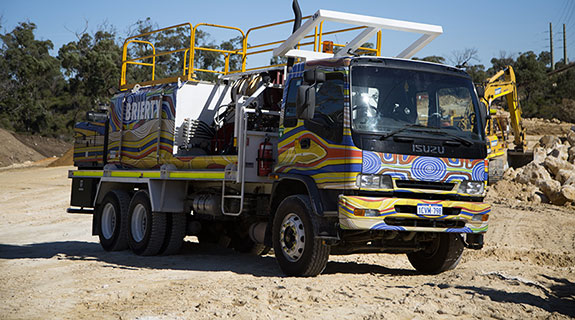 INVESTMENT: Brierty has scored its second RAP for, among other things, its willingness to significantly invest in reconciliation. Photo: Attila Csaszar

Mining and civil contractor Brierty has become just the sixth organisation nationally and the first in its industry to obtain the top ‘Elevate’ ranking for its Reconciliation Action Plan.

The assessment by Reconciliation Australia was for Brierty’s second RAP, which summarises the steps the company is planning to take in its work with Aboriginal Australians.

Reconciliation Australia said an Elevate RAP was for organisations with a long, successful history in the RAP program, and a willingness to significantly invest in reconciliation.

“Elevate RAP organisations are leaders in their sector and drive reconciliation in the community,” it said in a statement.

Brierty managing director Peter McBain said the company had been working on its second RAP for about six months, with the work led by its Aboriginal engagement manager, Christine Sindely.

“For Brierty to be assessed at this standard is a momentous achievement for all of our employees actively dedicated to reconciliation,” he said.

Reconciliation Australia said about 600 organisations, including 110 companies, had an endorsed RAP.

New RAPs are given one of four ratings, starting with ‘Reflect’ and followed by ‘Innovate’, which covers about 60 per cent of the total.

The third category is ‘Stretch’, which requires participants to set measurable targets.

The ‘Elevate’ top rating has been met by only six organisations – Brierty, along with the Australian Institute of Aboriginal and Torres Strait Islander Studies, KPMG, National Australia Bank, Transfield Services, and Westpac.

Brierty has a substantially higher rate of Aboriginal employment than most of its peers, with typically 12-15 per cent of its workers being indigenous Australians.

Its employment of indigenous workers extends from its metro operations in Perth to its site work in the Pilbara.

While the number of RAPs has grown, including among miners and contractors, there are two notable exceptions.

Fortescue Metals Group and NRW Holdings, which have both highlighted their commitment to indigenous employment and training, say they would rather be judged by their actions than their words.

“We believe the most important thing we can deliver are outcomes in this area,” a Fortescue spokesperson told Business News.

“We make our commitments to the traditional owners on the land on which we operate and we are absolutely committed to delivering on those.

“We are happy to be judged by our outcomes in this area, including the 1,200 Aboriginal people employed by us and our contractors, and the $1.7 billion we have let in contracts to Aboriginal businesses.”