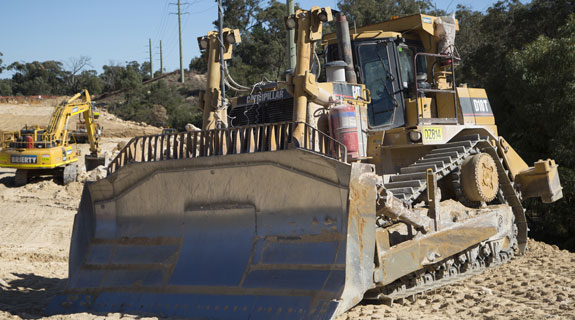 Brierty has been unable to resolve a $9.1 million contract dispute with Main Roads WA ahead of today’s deadline for it to lodge its financial results, with the civil and construction contractor reporting an audited net profit of $3.1 million for the 2015 financial year.

Late last month Brierty said it expected to lodge a minimum net profit of $2.9 million for FY2015, with the result dependent on resolving a contract variation and insurance claim with Main Roads WA.

However, Brierty today announced that it had been unable to complete negotiations with Main Roads WA prior to a September 30 deadline.

The company said its insurers had accepted liability for insurance events, but negotiations with Main Roads WA would continue.

Brierty said it was now in breach of some of its banking covenants as a result, however, it was working closely with its bank and remained confident of its ongoing support.

“We certainly would have preferred to have these matters finalised in time to include them in our 2015 financial results, however discussions haven’t yet concluded,” managing director Peter McBain said in a statement to the ASX.

“Our confidence that these matters will be resolved has not changed over the last month, however the timeframe has extended beyond our original thinking.

“The dialogue with our client remains open and productive and the insurers have accepted liability for the insurance-related events.

“We would hope to finalise our recoveries in the near-term.”

Mr McBain said the company would keep the market informed as the process concludes.

Mr Gooding said in the company’s annual report that Brierty’s result was also hit by weak commodity prices being passed on to contractors, as well as higher upfront costs at its $300 million mining contract for Rio Tinto.