LandCorp has awarded Perth-based contractor Brierty an $11 million contract to build the first stage of its Broome Road Industrial Park in the Kimberley. 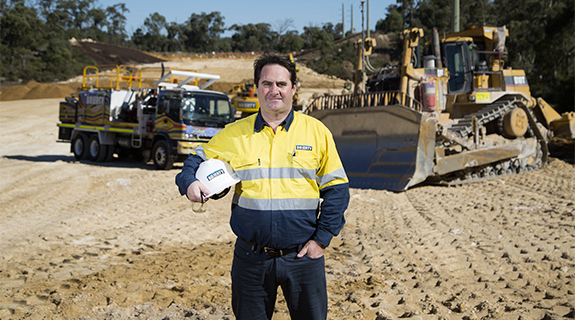 LandCorp has awarded Perth-based contractor Brierty an $11 million contract to build the first stage of the Broome Road Industrial Park in the Kimberley.

Brierty will begin work on the 421-hectare site under the contract this month, with earthworks, drainage, roadworks, water reticulation and services installation to be completed before the end of the year.

“This contract is one of a number of projects Brierty has performed for LandCorp since 2010,” he said.

The project is a general industrial and transport development located between Broome’s town centre and the Great Northern Highway.

It has been designed for use by transport, logistics, construction and equipment hire businesses, while internal roads have been designed to accommodate triple road trains.

Meanwhile, Transport Minister Dean Nalder announced last week that a joint venture between Maca and BMD Constructions had been awarded a $12.8 million contract to realign 4.2 kilometres of the Bussell Highway Vasse bypass in Bussleton, with work to begin next month.

The work includes construction of 4.2km of new highway, a new bridge over the Buayanyup Drain and a new pedestrian underpass.

"The works will allow the expansion of the Vasse Newtown townsite, about 10km west of Bussleton, and will enable through traffic - including freight traffic - to bypass the existing Vasse town centre," Mr Nalder said.

"This will improve road safety by separating inter-regional traffic from local traffic and pedestrians within the townsite."

Work will take about 12 months to complete and will be managed by Main Roads WA.