An uptick in building activity has led to a series of challenges for the construction industry, including materials delays and increases in contractor rates. 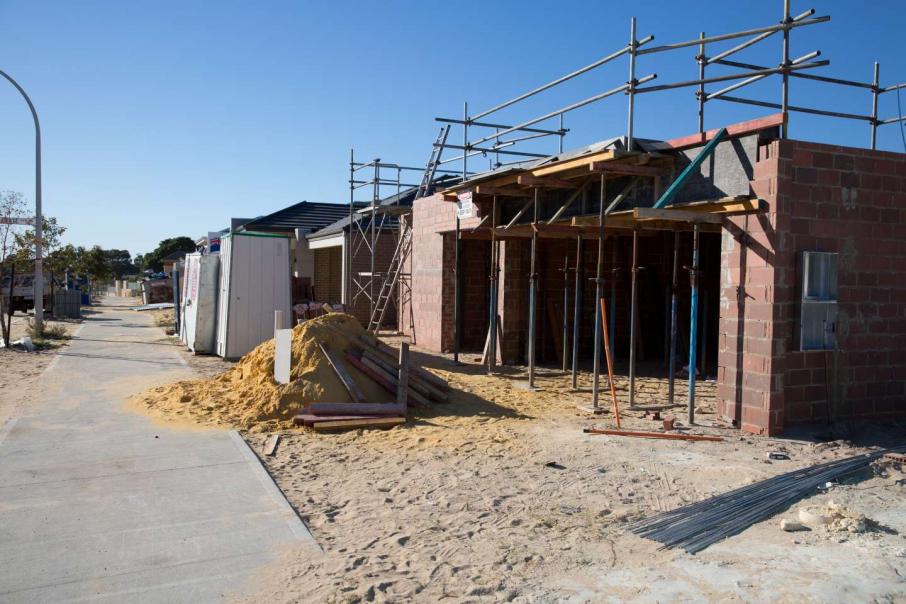 Building material supply constraints and increases in tradesmen rates are some of the issues facing the industry. Photo: Attila Csaszar

An uptick in building activity has led to a series of challenges for the construction industry, including materials delays and increases in contractor rates.

Master Builders Association of WA executive director John Gelavis hopes the newly elected state government will consider improving training and apprenticeship opportunities as one solution to addressing some of the challenges that have emerged following a surge of construction activity.

“The combined housing stimulus for a qualified first homebuyer in Western Australia could secure close to $70,000, which presented a great opportunity for those looking to get their foot on the property ladder. With many taking up this offer in both metropolitan and regional WA, it has created a sharp lift in activity.

“The housing sector is coming off a six-year slump where residential housing commencements has plummeted by 60 per cent from the extreme heights of 2014-15.

“This sharp lift has created challenges such as increased build times, material delays and increases in trade contractor rates in some instances.”

Mr Gelavis said Master Builders members had reported brick laying rates had risen significantly since last year, from around $1.80 a brick to $2.30 and in some cases, $3 a brick in regional WA.

“Wet trades such trades such as concreters and bricklayers have been in high demand, due to being some of the first trades required in the construction process, which has impacted on trade rates quite dramatically,” he said.

“This building boom is quite different to the one back in 2014 because many trades left the industry or returned east due to the poor market conditions and neither international nor interstate tradespeople can easily move to WA and pick up the work.

“Many of the concrete pads have now been poured for the homes that were signed up early so the pressure is moving to brickies. After that we can expect roof carpenters and other trades to be very busy as well.”

“As independents to the industry, we are speaking with our builders and suppliers regularly, to keep on top of any delays that may be coming going forward,” he said.

“We had a job this week have a delay with material.

“Hardie board in bigger sizes are not available for a month with a particular manufacturer.

“We are also aware of many homes waiting on the condenser units for air-conditioning, the delays will cause some logistical issues for builders with late installations. In some cases the clients will be living in the home.”

WA has led the nation in terms of building approvals; in the three months to January 2021, the state recorded the largest increase (124.1 per cent) in detached dwelling approvals compared to the same time last year.

“As many tradies have left the industry during the downturn, we hope some will come back but we also need a flow of trainees and apprentices to help fill the gap and ensure trade skills are strong for the future,” Mr Gelavis said.

“Elements within the state government's Plan for Jobs and support from the Construction Training Fund is a great step in the right direction, but we always need to do more to encourage a career in the building and construction sector, which has been backed to lead the COVID-19 recovery effort.

“The building and construction industry is the state’s second largest employer with 118,000 people, or 8.5 per cent, of the WA workforce and more than 40 per cent of apprentices, so it is now a great time for industry and government to be focused on training and workforce development.

“There’s a long tradition across the state of young people heading to the metro area for work. Now is the time to open up apprenticeships and show a new generation there’s an excellent range of opportunities in their own local regional communities.”