Brexit is a blip: London mayor

The long-running debate over Brexit is frustrating but there are much larger issues that will shape business and trade opportunities, the lord mayor of the City of London told a Perth business audience today. 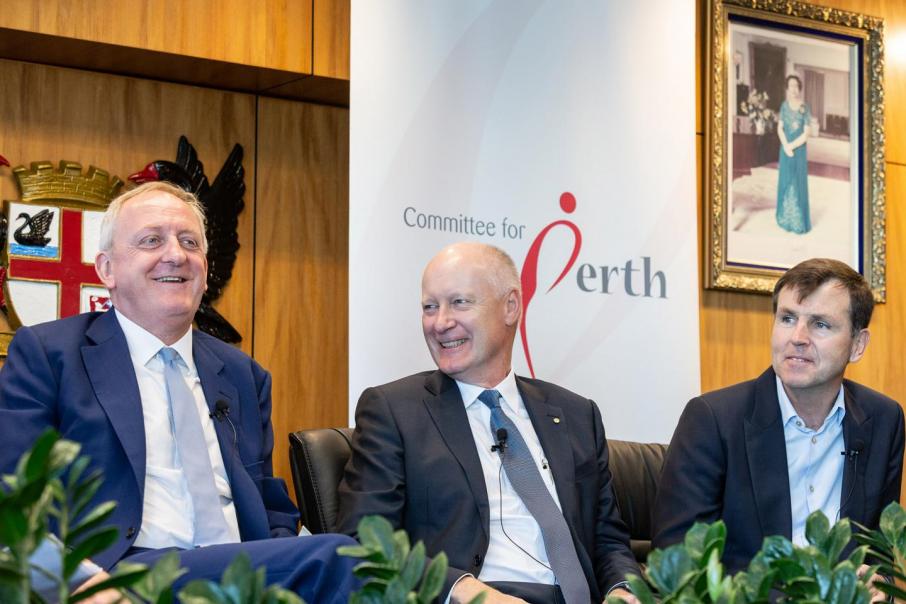 The long-running debate over Brexit is frustrating but there are much larger issues that will shape business and trade opportunities, the lord mayor of the City of London told a Perth business audience today.

Alderman Peter Estlin acknowledged he had no idea how the debate over Brexit will end but said this should not distract people.

“The debate we are going through is frustrating but in itself is not leading us to a conclusion,” he said.

“It does not tell us how we are going to deal with Europe going forward.”

In his role as lord mayor, Mr Estlin has oversight of the Square Mile and is a global ambassador for the UK’s financial and professional services industry.

Speaking to a business breakfast coordinated by the Committee for Perth, he described Brexit as a blip.

“In the course of the 21st century, Brexit is not the thing people will remember,” Mr Estlin said.

Speaking later to Business News, Mr Estlin said he was not being flippant.

“They are really big tectonic plates that fundamentally need to get resolved; in that context, Brexit is an incredibly small agenda when you look at the seriousness of those topics,” he said.

Mr Estlin said that while Brexit had dominated political debate, it was important to remember the UK would still be an open trading nation.

“Fundamentally, we are not seeking to isolate ourselves, we are seeking to carry on,” he said.

"We have always been a multinational trading nation and there is a desire to continue that, where Europe is perceived to be quite constraining and its also been quite slow.

"That's the challenge at the moment because the UK wants to be doing trade deals with Australia, with Asia more broadly and with Latin America."

Mr Estlin was joined at the breakfast by Evari Insure chief executive Daniel Fogarty, a Perth-founded fintech company that operates from London.

Evari is one of nearly 30 Australian companies taking advantage of regulatory collaboration between the UK and Australia to set up in the UK.

“Its been great for us,” Mr Fogarty said.

“We take insurance capacity from Lloyd's of London to small businesses in Australia.

“We also licence our technology from Perth into London and then into the US.

“By the end of this month, we will have Californians buying earthquake insurance from Lloyd's on technology built here in Perth.”

Woodside chairman Richard Goyder told the breakfast that ties between Australia and the UK were likely to only strengthen.

“Whatever happens with Brexit, I suspect those ties will get even closer.”

During this morning’s presentation hosted by the City of Perth, Mr Estlin outlined several major challenges facing London and the UK that are similar to issues in Western Australia.

The UK has created a national membership body to promote apprenticeships.

“It will not only boost self-esteem but create an opportunity for mentoring and focus on the apprentice experience so it becomes far more attractive and is no longer seen as second class to a (university) graduate," Mr Estlin said.

Another challenge is the shortfall in digital skills, which he described as a societal challenge.

“In the UK today, we have 4.3 million people who have no digital skills and most of that is not by choice," Mr Estlin said.

“We have another 7.6 million people have less than all five of the essential digital skills, using the UK government’s digital skills framework.

“We have 17.3 million people in the workplace who we know, unless they are upskilled, will not have the skills to be in work within the next few years."

Mr Estlin said the City of London was focusing on creating a ‘smart’ wired city.

“The exciting part is how you are able to blend the technologies into how we operate day to day,” he said.

One of the most contentious issues in the City of London was the move to ‘pedestrianise’ the area.

“It's contentious because we are fundamentally shifting the mobility of the city, embracing technology in the process.”