Subiaco-based telecommunications firm ZipTel has signed cricket legend Brett Lee as its global brand ambassador as it plans to roll out its flagship mobile application. 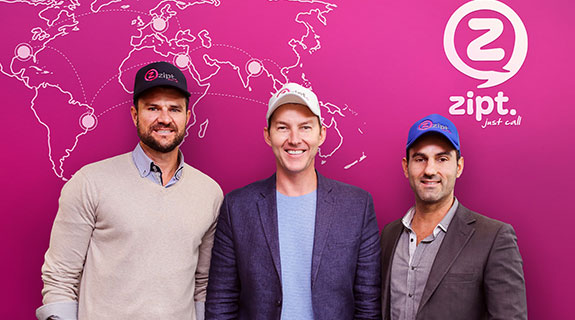 Subiaco-based telecommunications firm ZipTel has signed cricket legend Brett Lee as its global brand ambassador as it plans to roll out its flagship mobile application.

Under a three-year deal, Mr Lee will be the face of the Zipt app when its launches next month, with the company planning to leverage his global appeal, influence and celebrity status to foreign markets, in particular the Indian subcontinent.

“The viral impact and social media spread of having such a well-recognised sports and celebrity icon is significant for the company,” ZipTel said in a statement.

“Brett Lee has over 4.2 million followers across social media including Twitter, Facebook and Instagram ... which include high-profile global leaders such as the Indian Prime Minister Narendra Modi.”

Mr Lee is particularly prominent after playing in the Indian Premier League, which grossed an audience of over 150 million, starring in Bollywood movies, and for his chart-topping music releases.

“The Indian subcontinent has a population of 1.7 billion and is a key market for Zipt given its growing internet penetration, increasing by 850 per cent in the past 10 years alone,” the company said.

“However, most of this access remains limited to 2G and low bandwidth. As such, it is a particular focus for the Zipt rollout based on limitations in network connectivity and the inability for competing products to work efficiently in these areas.”

Mr Lee is one of several cricket greats who have gone on to support local businesses post their professional sporting careers.

Adam Gilchrist joined sandalwood producer TFS Corporation as an independent non-executive director in 2011, but retired from the board in May last year.

He still remains a global ambassador for the company.

ZipTel shares closed 13 per cent higher to 91 cents each.